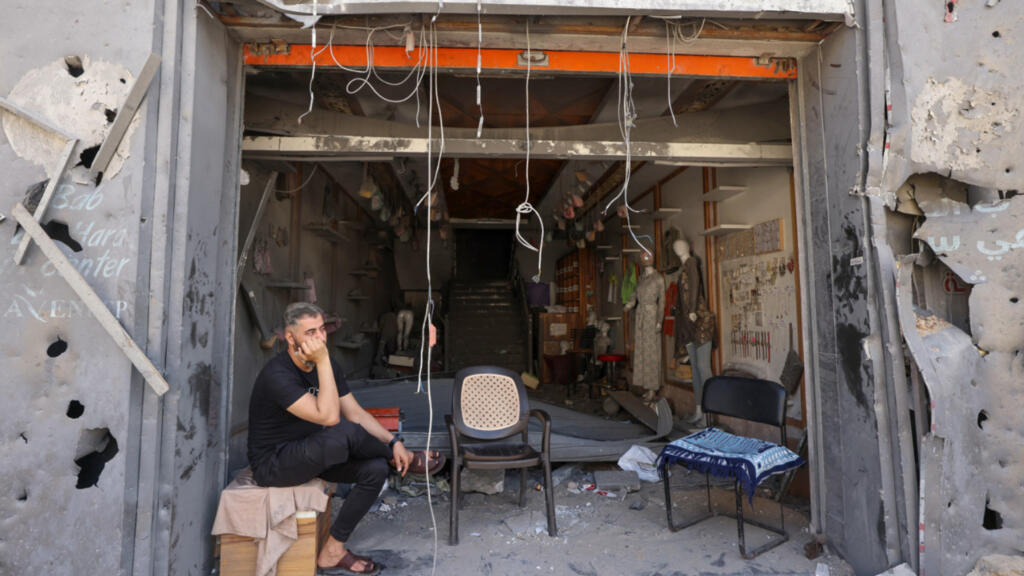 After 11 days of conflict with Israel and a ceasefire announced Thursday through mediation by Egypt, Gaza is trying to return to normalcy on Saturday, while emergency aid is organized. Since the entry into force of the truce, the two camps claim the “victory”. On Saturday, the UN Security Council called for “full” respect for this ceasefire.

Traders who take stock of losses, funerals organized in the streets, but also reopened cafes and fishermen returning to the sea. Gaza is trying to return to normalcy, Saturday, May 22, at a time when it is organized emergency aid and the reconstruction of the Palestinian enclave is discussed, ravaged by 11 days of conflict with Israel.

About 6,000 residents of the enclave lost their homes in the Israeli bombardments of the Gaza Strip and more than a thousand buildings were damaged, according to the latest report from the United Nations Office for the Coordination of Humanitarian Affairs ( OCHA).

The already precarious infrastructures were also damaged, in particular the power lines while 800,000 Gazans out of the two million inhabitants of the enclave had “no lasting access to drinking water”, according to OCHA.

While rescuers cautiously cleared the rubble in search of any bodies, tens of thousands of people came out to attend funerals in the streets, take pictures of themselves in front of the sprayed buildings, but also go to cafes. seaside, already stormed Friday evening by families.

Fishermen have returned to the sea without, however, obtaining the green light from Israel, which has imposed a land blockade but also a maritime blockade on Gaza for nearly 15 years.

“We are going to sea but not very far. We, the fishermen, are afraid that the Israeli ‘navy’ will shoot us (…) But hey, we have to eat well”, confided to AFP Rami Abou Amira, while preparing his nets on the small port of Gaza. “If all goes well, the fresh fish will be back in the souk tomorrow.”

>> To see – Israeli-Palestinian conflict: after the end of the fighting, it is time for reconstruction

Dozens of trucks of international aid began pouring in on Friday through the terminals of Kerem Shalom, on the border with Israel, and those of Rafah, on the Egyptian border, according to several UN agencies.

On Saturday, local authorities announced that officials in Gaza could resume their work on Sunday.

In Israel, after two weeks punctuated by rocket alerts, the streets of Tel Aviv were once again filled with families sitting on terraces and travel restrictions in the south of the country were lifted.

Clashes between the Israeli army and Hamas, in power in the enclave, left 248 Palestinians dead, including 66 children and fighters, according to the authorities in Gaza. In Israel, bursts of rockets fired from the enclave killed 12 people including a child, a teenage girl and a soldier, police said.

Since the entry into force of the ceasefire on Friday, both sides have claimed “victory”.

In Gaza, a parade of Hamas fighters gathered hundreds of participants on Saturday afternoon, an AFP photographer noted.

In the streets of the enclave, large portraits of combatants on which we can read “Falestine Tantaser” (“victorious Palestine”, Editor’s note) have appeared.

“We have achieved the objectives, it is an exceptional success”, for his part affirmed the Israeli Prime Minister Benjamin Netanyahu.

Security Council calls for “full” respect for the truce

The cease-fire announced Thursday evening, thanks to a mediation by Egypt, however, did not set any conditions for stopping the fighting nor established a plan for reconstruction.

The UN Security Council on Saturday called for “full” respect for this truce, according to diplomatic sources. An Egyptian delegation was received in Ramallah by the President of the Palestinian Authority in the occupied West Bank Mahmoud Abbas, in order to discuss the follow-up. Another is expected in Israel.

Egypt is also positioning itself as a privileged mediator to organize reconstruction. Its foreign minister said he had received a call from his Israeli counterpart to discuss measures to facilitate the operations.

US President Joe Biden told him his intention to put in place “major” financial aid to “rebuild Gaza” but without giving Hamas – considered “terrorist” by the United States – “the opportunity to rebuild its system armament “.

Joe Biden also reiterated support for the two-state solution, the creation of an independent Palestine alongside Israel, calling it “the only possible answer” to the conflict. The head of the American diplomacy Antony Blinken is expected in the Middle East “in the coming days”.

England will gradually deconfin itself from March 8

wind of optimism in New York, where mass vaccination continues

The National Assembly votes in favor of an ecocide offense