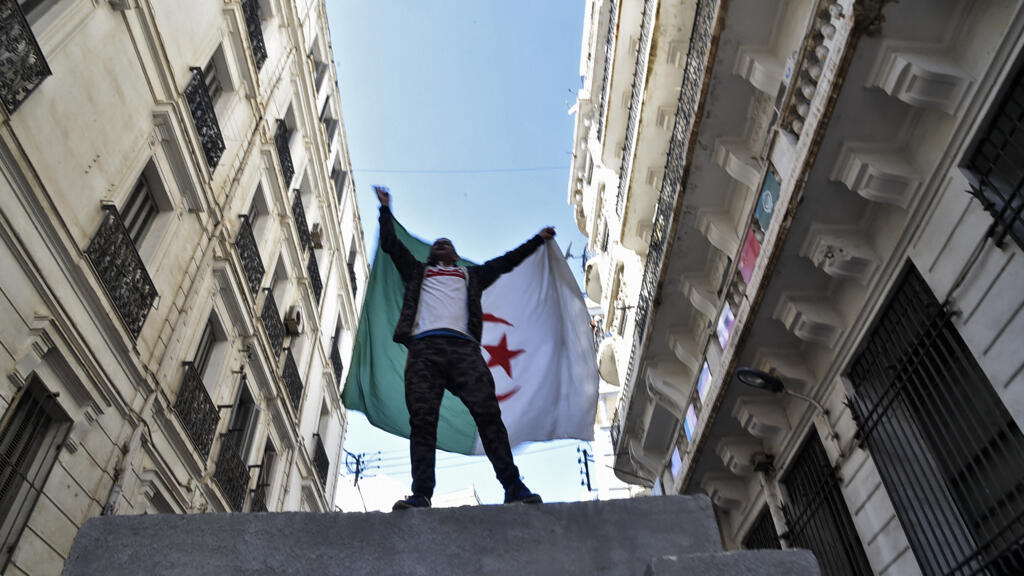 Algerian authorities cracked down on the weekly marches of the Hirak pro-democracy movement in Algiers and several cities across the country on Friday, carrying out hundreds of arrests for the second week in a row, according to human rights defenders.

The standoff continues. The Algerian authorities cracked down on Friday, May 21, the weekly Hirak marches in the capital, Algiers, but also in several cities of the country. The security forces arrested hundreds of people for the second week in a row, according to human rights defenders, while the legislative campaign has just opened.

Gatherings still took place in Béjaïa and Tizi Ouzou, large towns in Kabylia (north-east), despite arrests, said Saïd Salhi. “According to a first count in the early evening, nearly 500 people were arrested in about fifteen wilayas”, mostly in Algiers, he continued.

Most of those arrested are usually released at the end of the day, with their phones confiscated. They then wait to be summoned to court, where some receive prison sentences.

In the capital, the march of hirakists was again neutralized from the start by an impressive police deployment, AFP journalists noted.

Since the morning, police officers in uniform or in civilian clothes had invaded the key places of the city, blocking the main arteries and encircling the mosques from which the processions of demonstrators usually leave.

“Streets and alleys cut with police vehicles, police officers in uniform or in civilian clothes with armbands around Bab El Oued”, popular district and stronghold of Hirak, testified Lyes, who did not want to give his last name .

“For this 118e Friday, ‘Algiers la Blanche’ (nickname of the capital, Editor’s note) has become police blue, “quipped this forty-something, referring to the number of weeks that have passed – 118 – since the birth of Hirak on February 22, 2019.

As they left the Errahma Mosque in the city center of the capital, worshipers were urged to return to their homes in order without walking in the middle of the street.

At the end of the Friday prayers, a hundred people briefly demonstrated in front of Rmila beach in Bab El Oued, taking advantage for a few moments of the absence of the police, who were quick to chase them, according to a journalist from AFP.

Reporters and independent photographers are deprived of accreditation and cannot normally cover the Hirak marches. Two journalists were briefly arrested, according to Saïd Salhi. In addition, Internet shutdowns hampered media coverage in some cities.

The closure of Algiers comes the day after the opening of the campaign for the legislative elections of June 12.

Despite two scathing failures – the 2019 presidential election and the 2020 constitutional referendum, marked by record abstention – the regime, of which the army is the pillar, is determined to impose its electoral “road map” despite its rejection. by the Hirak and by the secular and leftist opposition.

To do this, the Ministry of the Interior decided to force the organizers of the Hirak marches – a peaceful movement with no real leadership – to “declare” the demonstrations beforehand to the authorities, which amounts de facto to banning them.

At least 133 people are currently imprisoned for acts related to Hirak and / or individual freedoms, according to the Algerian Detainees website.

Born in February 2019 from the massive rejection of a fifth term of President Abdelaziz Bouteflika, who resigned in April of the same year, the Hirak calls for a radical change in the political “system” in place since independence (1962).

the Pasteur Institute announces the end of its main vaccine project, not effective enough

Alassane Ouattara: “It is time for Laurent Gbagbo to return to Ivory Coast”

Four astronauts left the ISS aboard a SpaceX spacecraft, en route to Earth