How France intends to accelerate the vaccination campaign 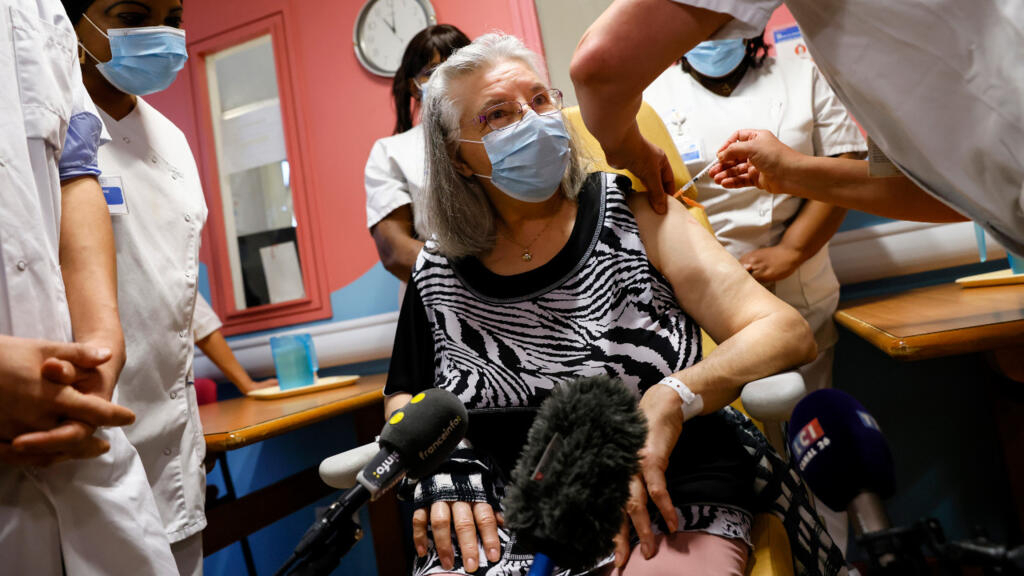 The organization of the vaccination campaign in France has been the subject of much criticism because of the delays observed compared to other European countries, such as Germany. After President Emmanuel Macron’s warning shot, during his December 31 vows, the strategy adopted by the government was revised in order to speed up the process from Monday.

A week after its launch, the French vaccination campaign is continuing slowly with barely a few hundred vaccinated. According to data from the Ministry of Health transmitted to the independent CovidTracker site, Only 432 people received the first dose of the vaccine against the Covid-19 in France (figures as of January 2).

Very low figures compared to some European countries, which have started their vaccination campaign almost at the same time as France. In Germany, much faster to start, more than 188,000 people have received a first dose of vaccine since December 27.

While President Emmanuel Macron had promised to fight against any “unjustified slowness” of the process, in his wishes broadcast on December 31, attacks against the government strategy, singled out for the slowness of the campaign, are increasing.

Even the head of state has expressed some annoyance. “It must change fast and strong. It will change fast and strong,” he thundered in private, according to reported comments. by the Sunday Journal (JDD). “We are on a family walk rhythm, and it is not up to the time, or the French,” he was annoyed.

After claiming and embracing the gap with other countries, not confusing “speed and haste”, the government has a new watchword: accelerate. In Le Parisien, Sunday, government spokesman Gabriel Attal announced an acceleration in the arrival of doses each week and a strengthening of the means to transfer them to nursing homes.

“The acceleration requested by the president is already underway,” he said. On the routing of the doses, he explained that 500,000 had already been received. “And 500,000 additional doses will arrive each beginning of the week.”

Modification of the vaccination schedule

Prime Minister Jean Castex said in early December that around “one million people” would be vaccinated in January. However, according to CovidTracker, “32,247 people would need to be vaccinated every day between now and January 31” to achieve this goal. To get closer to the goal, the vaccination schedule has therefore been changed.

Until now, the vaccination strategy was organized in three successive stages: nursing home residents from early January, people at risk between February and March, then the rest of the population from spring.

But in the end, from this Monday, January 4, “caregivers aged 50 and over who wish, will be able to be vaccinated in centers already having vaccines,” said on December 31, on Twitter Olivier Véran, that is to say a month more sooner than expected. Doctors and caregivers started getting vaccinated over the weekend.

I asked hospitals to immediately open vaccination to liberal health professionals> 50 years old. The President of the National Council of the Order of Physicians did so today at the Hôtel-Dieu (Paris). Next week, in nearly 100 centers across the country. pic.twitter.com/zeaXatLq4j

“The minister asked hospitals to immediately open vaccination to liberal health professionals over 50.” Next week, in nearly 100 centers across the country, “he said on Twitter.

Olivier Véran also announced the creation of “vaccination centers” which will “open in the city, to start vaccinating people aged 75 and over, then 65 and over etc.”. Their implementation is planned “before the beginning of February”. This is also a change in the schedule intended to speed up the pace.

“These will not be giant ‘vaccinodromes’ requiring kilometers of travel but, in the long term, places in close proximity in our municipalities,” said government spokesman Gabriel Attal.

Finally, always according to the JDD, pharmacists could soon be involved in the vaccination campaign. The idea would have been mentioned during the ongoing consultations of the working group led by Alain Fischer, responsible for advising the government on the vaccination campaign against Covid-19, made up of elected officials and public health specialists, but also at a meeting organized last week by the Directorate General of Health.

Another idea studied is the establishment of mobile vaccination teams in hospitals, the Red Cross or civil security.

A first assessment in February

Still, the slowness of the vaccination campaign comes after the delays previously observed on the masks and tests, which had already led to many criticisms of the government’s health policy.

“We do not judge the success of a six-month vaccination campaign after seven days. At the end of phase 1, we will have been able to offer a vaccine to priority audiences and, by February, we will draw a first assessment “, estimated Gabriel Attal.

The President of the Scientific Council, Professor Jean-François Delfraissy gave himself “until the end of April, or even May, to immunize the 22 million most at risk”.