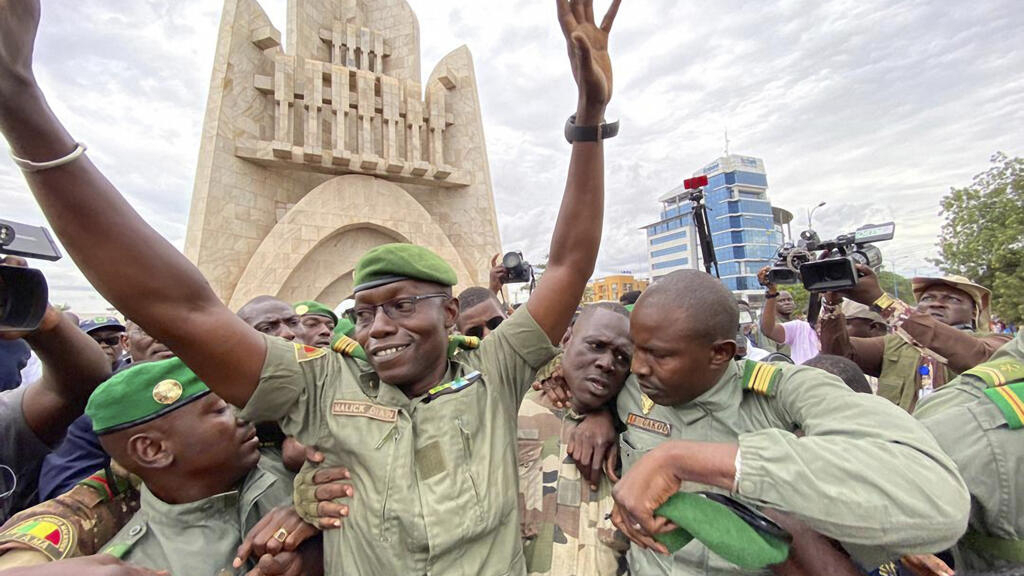 Cheered by the crowds at a popular rally organized by the opposition on Friday, the junta that took power in Mali thanked “the Malian people for their support.” In condemnation, the United States suspended all military support.

Thousands of people to celebrate the fall of President Ibrahim Boubacar Keïta. Opposition supporters gathered on Friday August 21 in the center of Bamako to celebrate the “victory of the Malian people”, three days after a military coup denounced by the international community.

Surrounded by armed soldiers, the number two of the “National Committee for the Salvation of the People” (CNSP) set up by the putschist soldiers, Malick Diaw, or their spokesperson, Colonel-Major Ismaël Wagué, were warmly welcomed at the foot of the Independence monument.

“We have come to thank you, to thank the Malian people for their support. We have only completed the work that you had started and we recognize ourselves in your fight,” he then launched in front of the enthusiastic crowd.

The head of the junta and new strongman of Mali, Colonel Assimi Goïta, “had a last minute impediment” and “could not make the trip,” Ismaël Wagué told the podium.

According to the estimates of an AFP correspondent, the crowd was larger than during the demonstrations organized since June by the opposition to demand the departure of President Keïta.

“The Malians took their responsibilities”

The soldiers then withdrew, giving way to the leaders of the June 5 Movement (M5-RFP), the opposition coalition demanding for months the departure of President Keïta, who welcomed the intervention of the military.

“I want to reconcile all Malians from Kayes (West) to Kidal (North-East),” said Imam Mahmoud Dicko, the influential religious leader, whose role was crucial in the mobilization against President Keïta. The latter “thanked” the military and confirmed that he will not play a role in the political negotiations: “I am going back to the mosque, I am an imam”.

“There is no coup, there is no junta, we have Malians who have taken responsibility,” said another opposition leader, Mohamed Aly Bathily.

“I am so happy! We won. We came here to thank all the people of Mali because it is the victory of the people,” jubilated Mariam Cissé, 38, an opposition supporter.

Two of the personalities arrested in the coupEtat have been released, the Minister of Finance, Abdoulaye Daffé, and the President’s private secretary, Sabane Mahalmoudou. Seventeen others are still detained, including the President of the National Assembly, Moussa Timbiné, and President IBK himself.

US suspends all military support

The leaders of the Economic Community of West African States (ECOWAS) condemned the coup, just like France. The United States has suspended all military support for Mali, a senior American official said on Friday.

“There is no more training or support for the armed forces of Mali. We have stopped everything until we can clarify the situation,” US envoy for the Sahel, Peter Pham, told reporters.

This mutiny “will certainly not help” the multinational forces fighting against jihadist groups in the Sahel, he added, while stressing that the United States would continue to support and partner with the various operations.

Washington notably provides intelligence and surveillance capabilities, as well as logistical transport to France, which has been leading Operation Barkhane since 2014.

Minusma, engaged since 2013, is one of the most important missions of the UN. Mauritania, Mali, Niger, Burkina Faso and Chad launched the G5 Sahel force in 2017.

Apple has decided to sacrifice the battery to integrate 5G

In Dresden, the German far right unites against health restrictions

what impact on the presidential campaign?