In Ethiopia, the first humanitarian aid convoy arrives in Tigray 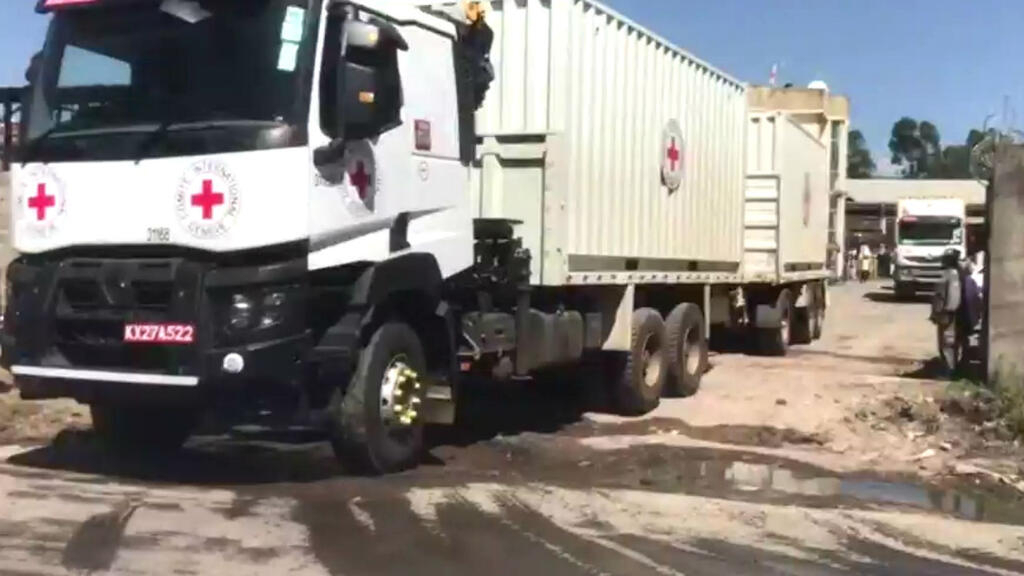 For the first time since the fighting began, an international humanitarian aid convoy has arrived in Mekele, the capital of Tigray, in northern Ethiopia, the International Committee of the Red Cross said on Saturday.

A international aid convoy arrived, Saturday 12 December, in Mekele, capital of Tigray, a first since the launch of an Ethiopian army operation more than a month ago. Ethiopian Prime Minister Abiy Ahmed launched this operation on November 4 to oust the leaders of the region, from the Tigray People’s Liberation Front (TPLF), after months of tension. He also announced on November 28 the capture of Mekele and the end of the fighting.

The international community is demanding access to Tigray, cut off from the world since the start of the operation, to deliver aid there. Even before the conflict began, 600,000 residents, including 96,000 Eritrean refugees, were totally dependent on food aid. A convoy of seven Red Cross trucks arrived in Mekele on Saturday, the International Committee of the Red Cross (ICRC) said.

“This is the first time since clashes broke out in Tigray more than a month ago that international aid has reached Mekele”, noted the ICRC, adding that the convoy, which was joined by the Ethiopian Red Cross, had been organized in coordination with the Ethiopian authorities.

The convoy was carrying medicine and medical supplies to treat more than 400 wounded, as well as items for the treatment of common and chronic illnesses. This aid is intended for Ayder Hospital, Mekele’s main hospital, the Regional Health Bureau and the Ethiopian Red Cross pharmacy in the city.

“After weeks without resupply, running water and electricity, doctors and nurses have been forced to make impossible choices between which services to maintain and which to cut,” said Patrick Youssef, ICRC regional director for ‘Africa.

“This medical aid convoy will replenish stocks, help patients and reduce the number of difficult life and death decisions,” he said. Ethiopia’s health ministry also distributed medicines and medical equipment to health facilities in the capital on Saturday, according to the ICRC.

>> Read also: Conflict in Ethiopia: “Abiy Ahmed’s intention is not to put Tigray on fire and blood”

Nearly 50,000 residents of Tigray have fled to neighboring Sudan and an unknown number have been internally displaced within Ethiopia. On December 2, the UN congratulated itself on having obtained from the Ethiopian government unrestricted humanitarian access to Tigray, but has not yet been able to implement it, Addis Ababa insisting on its willingness to be the conductor of the delivery of humanitarian aid in the region.

UN Secretary General Antonio Guterres announced on Wednesday evening a new agreement, “for joint assessment missions”, demanding that aid be distributed to Tigray “without any form of discrimination”.

Concern for the fate of refugees

The United Nations High Commissioner for Refugees (UNHCR) said Friday evening still did not have access to the four Eritrean refugee camps in Tigray. Its leader, Filippo Grandi, reported “a great deal of alarming information” about refugees killed or kidnapped and forcibly returned to neighboring Eritrea.

“If confirmed, these actions would constitute a major violation of human rights,” warned Filippo Grandi, urging the Ethiopian government to ensure its responsibility to protect all refugees.

Two international humanitarian organizations announced Friday the death of four of their members during the operation in Tigray, including a victim of “murder” in the refugee camp of Hitsats.