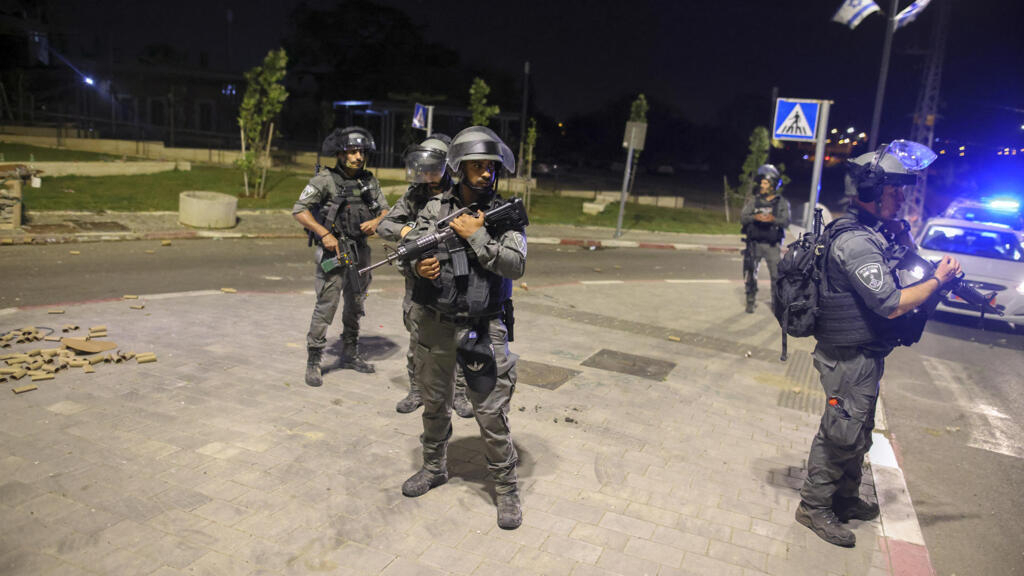 Israeli Prime Minister Benjamin Netanyahu declared a state of emergency in the city of Lod (center) on Wednesday. For two days, this mixed city, inhabited by Jews and Israeli Arabs, has been the scene of violent inter-community conflicts.

The cohabitation between Jews and Israeli Arabs seems to be shattered. So that a rain of rockets fell on Israel Tuesday evening, and airstrikes targeted the Gaza Strip, violence also erupted in several mixed towns in the Hebrew state, including Lod, a few kilometers from Tel Aviv.

The Israeli Prime Minister, Benjamin Netanyahu, declared a state of emergency on Wednesday May 12 in this municipality of 77,000 inhabitants, including 47,000 Jews and 23,000 Israeli Arabs, after dozens of people were injured in clashes targeting both communities .

Three synagogues and a Muslim cemetery were set on fire as well as several businesses and dozens of vehicles. On images widely shared on social networks, we see young men rushing out of the Torah scrolls from one of these synagogues.

According to the mayor of the city, Yair Revivo, the town hall as well as a municipal theater were also attacked. “It is the start of a civil war”, he reacted, quoted by the Israeli newspaper. The Times of Israel, deploring that “decades of coexistence between Jews and Arabs” have “collapsed”.

Descendants of the Palestinians who remained on their land when Israel was created in 1948, Israeli Arabs constitute about 20% of Israel’s population. Most of them speak Arabic and Hebrew and feel close to Palestinians in the occupied West Bank and Gaza. This community, however, claims to be regularly the victim of discrimination compared to the Jewish majority, accusing the authorities in particular of laxity in their localities.

The situation had deteriorated in Lod as of Monday evening, after the death of an Israeli Arab during the first clashes with the Israelis.

>> To read also: “Jerusalem, triply holy city at the center of discord”

As police units, border guards usually based in the West Bank, were deployed in the city, Israeli President Reuven Rivlin denounced an “unforgivable pogrom.” “The pogrom scenes in Lod and the unrest across the country by a bloodthirsty Arab mob, injuring people, damaging property and even attacking Jewish holy places, are unforgivable,” a- he reacted in a press release.

Since Monday, several mixed cities, such as Lod, and Israeli Arab towns are the scene of inter-community violence. In the coastal town of Acre, a Jewish-owned fish restaurant was set on fire and some Arab residents said they were afraid to leave their homes.

In Haifa and Jaffa, as well as in the Arab city of Nazareth, Arab demonstrators waved Palestinian flags and chanted slogans in support of those at risk of being evicted from the Sheikh Jarrah neighborhood in East Jerusalem as part of the campaign. ‘litigation.

A total of 270 people have been arrested in the violence in Israel, police said.

“The Israeli government must pursue the rioters with firmness,” Reuven Rivlin continued on Wednesday, criticizing a “shameful silence” by Arab Israeli politicians in the face of the violence.

“The destruction by Arab rioters of an Israeli flag replaced by the Palestinian flag is a brutal attack on the common existence in the State of Israel,” he added.

Arab citizens of Israel were among thousands of protesters who have clashed with Israeli police in recent days near Al-Aqsa Mosque and elsewhere in the old city of Jerusalem.

Polling institutes, big losers in the US presidential election

Adopted in Asia and Oceania, is the “Zero Covid” strategy applicable in Europe?