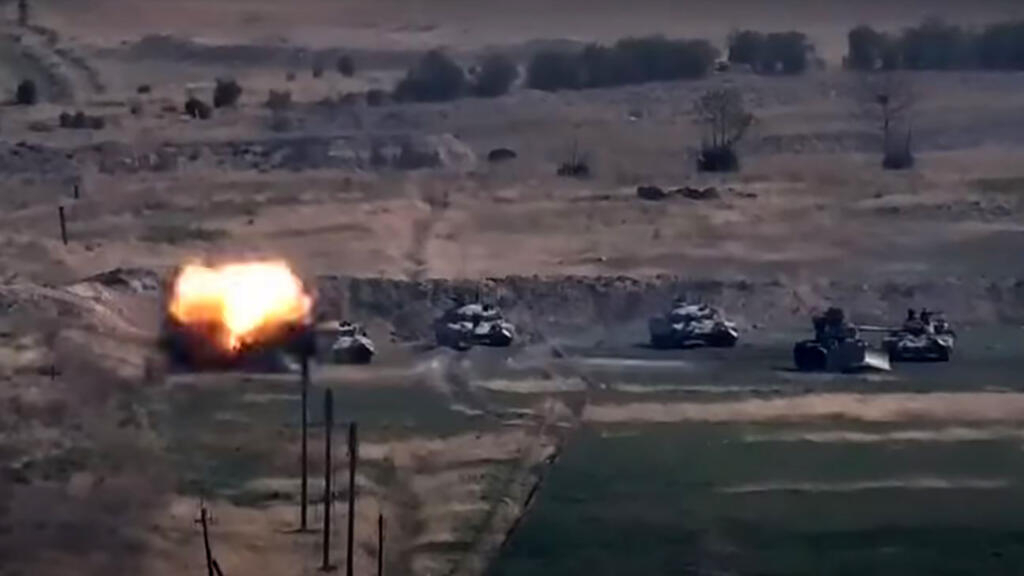 The situation is getting bogged down in the breakaway province of Nagorno-Karabakh, located between Azerbaijan and Armenia. The deadly fighting continued into the night from Sunday to Monday, despite appeals for calm from the international community, which fears a new war in the region.

Continued fighting raises fears of war in the region of Nagorno-Karabakh. Clashes continued on the morning of Monday, September 28 between Armenian and Azerbaijani forces in this secessionist province.

The Nagorno-Karabakh authorities announce at least 15 additional deaths in their ranks. This brings the total death toll to 39 deaths in 24 hours, including 32 separatist soldiers killed at the start of the fighting on Sunday morning, according to the provincial defense ministry. Five Azerbaijani civilians and two Armenian civilians from Karabakh also died, according to reports announced on Sunday.

In Armenia, a neighboring country supporting the separatists, the defense ministry said the fighting had not paused overnight. As to Azerbaijani Ministry of Defense, he reported that the Armenian forces were bombarding the city of Tartar, without giving the toll of its human and material losses.

The specter of a new war looms

Clashes broke out on Sunday between the two former Soviet republics which have been opposing for decades over Nagorno-Karabakh, a landlocked territory of Azerbaijan populated mainly by Armenians and having proclaimed its independence with the collapse of the USSR in 1991.

Nagorno-Karabakh, which declared martial law on Sunday and the total mobilization of its male population in the face of rising tensions, reported on Sunday the death of at least 16 of its soldiers in aerial bombardments and artillery fire launched by Azerbaijani forces.

These clashes between Armenia and Azerbaijan are the most violent since 2016 and rekindle concerns about the stability of the southern Caucasus, an area crossed by pipelines transporting oil and gas to world markets.

France, mediator in this conflict within the framework of the Minsk group set up by the OSCE which it co-chairs with Russia and the United States, called on Sunday for an immediate cessation of hostilities.

“France is ready to assume all its responsibilities as co-chair of the Minsk group. The President of the Republic strongly called for the immediate cessation of hostilities and said his readiness to contribute to a peaceful and lasting settlement of the issue. of Nagorno-Karabakh, “the Elysee said in a statement.

In Washington, Donald Trump said he was watching the situation very closely. “We have a lot of good relations in this region. We will see if we can stop this,” he said at a press briefing.

The clashes sparked a wave of diplomatic backlash, with Russia calling for an immediate ceasefire and Turkey saying it would support Azerbaijan.

Russian President Vladimir Putin spoke to Armenian Prime Minister Nikol Pashinyan by phone but no details of the conversation leaked out, while Turkish President Tayyip Erdogan spoke with his Azerbaijani counterpart Ilham Aliyev.

US set to add China's biggest component maker to blacklist