In Notre-Dame, the dismantling of the great organ begins with a view to its restoration 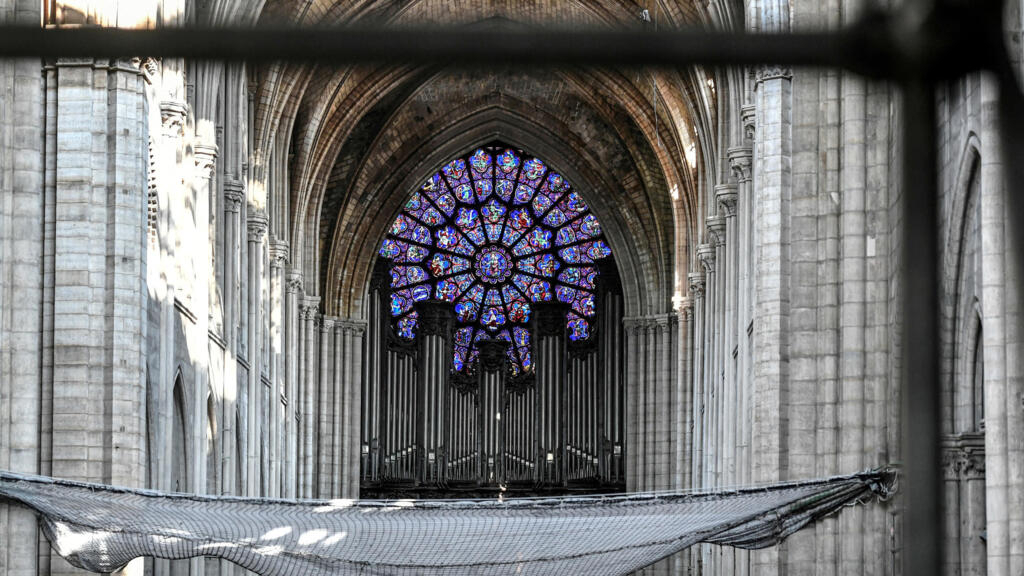 The removal of the great organ of Notre-Dame de Paris cathedral began Monday for its cleaning and restoration, as part of the work undertaken after the fire that ravaged the building in April 2019.

Real “building site in the building site” of the restoration of Notre-Dame de Paris, the removal of its large organ, which will have to be cleaned piece by piece, began on Monday, August 3.

30-meter scaffolding had been mounted all around, in July, to allow this smooth removal.

Voice of the cathedral since 1733, the great symphonic organ of Notre-Dame de Paris has 8,000 pipes divided into 115 stops, which make it the largest instrument in France (in terms of number of stops).

During the’fire which occurred on April 15, 2019, the organ was not affected by the flames and received relatively little water during the firefighters’ response, but was covered with lead dust. Some parts then suffered from the thermal variations undergone by the cathedral since the fire, in particular during the heatwave of July 2019.

“It’s absolutely a miracle that this organ is still whole, but it’s full of dust. Obviously, everything has to be decontaminated, then restored after that”, declared Olivier Latry, titular organist of the great organ of Notre-Dame de Paris. , on Europe 1.

A project that will last until the end of the year

The work begins with the removal of the keyboard console and will continue with the dismantling of all 8,000 pipes until the end of the year. All the dismantled elements will be stored in four waterproof containers. A call for tenders will be published for the cleaning, restoration and reassembly of the instrument.

“Our ambition, explained the general Jean-Louis Georgelin, at the head of the public establishment responsible for rebuilding the building, is to restore the instrument to the operating state in which it was before the fire, and six months will be necessary for its agreement and harmonization ” “It was therefore essential, he added, to launch this operation as quickly as possible, so that the great organ can resonate in mid-April 2024”, during the “Te Deum” which he intends to organize in the cathedral, five years after the fire, in accordance with President Macron’s wishes.