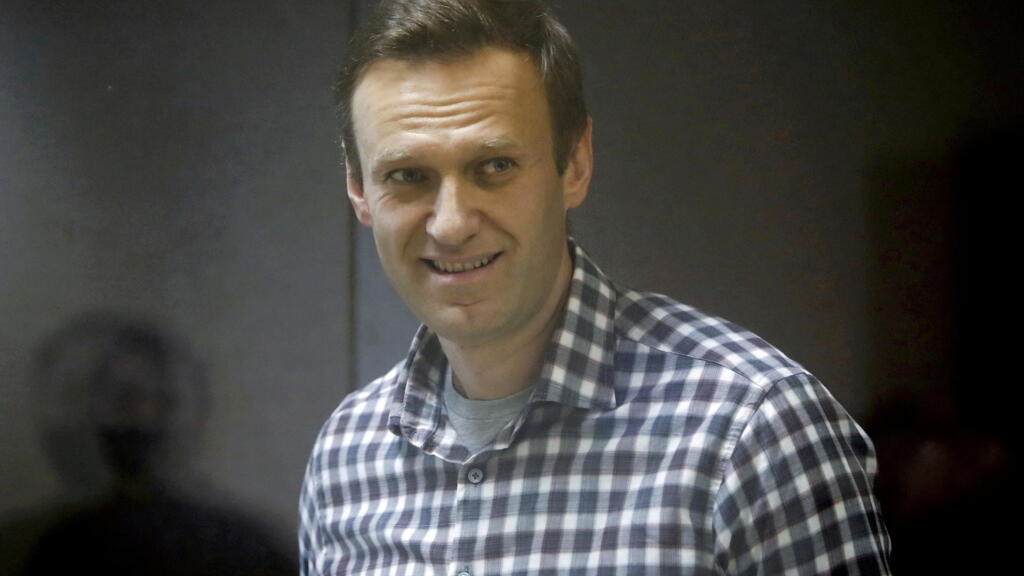 In Russia, justice designated Wednesday as “extremist” organizations linked to Alexeï Navalny. A decision which renders the members of these groups ineligible as the legislative elections in September approach. The Russian opponent, still in prison, immediately reacted, promising that he “will not back down”.

New blow for the camp of the Russian opponent Alexei Navalny. In Russia, justice approved Wednesday, June 9, at the request of the Moscow prosecutor’s office to declare “extremist” the groups linked to Alexeï Navalny, including his anti-corruption foundation (FBK), a measure allowing their liquidation and increased repression of his supporters within a few months legislative elections in September.

The opponent, who is serving a sentence of two and a half years prison for a fraud case that he considers political, reacted immediately, promising Wednesday that he “will not back down”. “We will manage, we will evolve, we will adapt. But we will not back down from our objectives and our ideas. It is our country and we have no other”, wrote Alexeï Navalny on his Instagram account after the announcement of the judgment.

This judgment, at the end of a closed hearing, comes after months of repression targeting the Russian opposition, marked by the sending of Alexeï Navalny, 45, to a penal colony, the exile of several cadres of his movement, but also measures targeting the independent press and other critical voices.

The Moscow court on Wednesday ordered the liquidation of Alexey Navalny’s organizations, including his Anti-Corruption Fund (FBK), known for its resounding investigations into the lifestyle and embezzlement of Russian elites, and its regional offices, which are responsible for organizing demonstrations and electoral campaigns.

The prosecution, for its part, welcomed a judgment “legal and justified”. “It was recognized that these organizations not only voluntarily disseminated information inciting hatred and hostility towards the representatives of power, but also committed extremist crimes and offenses,” a representative of the prosecution told reporters. Alexey Jafiarov, after the announcement of the decision.

Started in the morning, Wednesday’s hearing lasted more than 12 hours, according to lawyers for the Komanda 29 team, which notably defended the FBK and announced its intention to appeal the decision.

The lawyers denounced in a statement “a trial behind closed doors with certain documents classified ‘secret'”. “At the last hearing, all defense requests were dismissed and no sufficient evidence of guilt was presented,” they said.

Ineligibility for members of “extremist” organizations

The outcome of this procedure left little doubt, the network of regional offices of Alexeï Navalny having already been classified at the end of April in the list of “extremist” organizations of the financial monitoring service. As a result, it had proceeded with its self-dissolution to avoid prosecution of its members.

The collaborators of formations considered “extremist” risk in Russia of heavy prison sentences and are deprived of participation in the elections since a law promulgated last week by President Vladimir Poutine.

A “perverse” decision according to London

“This is a new Kafkaesque attack on those who stand up against corruption and for open societies, and a deliberate attempt to effectively outlaw the real opposition in Russia,” the Minister of Affairs said Foreign Briton Dominic Raab in a statement.

For the opposition, this text aims to neutralize the dangerous candidates for power before the legislative elections in September, which promise to be delicate for the Kremlin party, United Russia, which is declining in the polls in a context of economic stagnation.

The repression of the opposition in Russia in recent months has targeted not only the movement of Alexei Navalny, but also other critics of the Kremlin, such as Andrei Pivovarov, arrested for collaborating with the organization Open Russia (“Open Russia” ) of ex-oligarch in exile Mikhail Khodorkovsky, deemed “undesirable”.

Another figure of the protest worried by justice: Dmitri Goudkov, a liberal who planned to run for legislative. After being arrested, then released, he finally decided to flee to Ukraine, where he denounced on Wednesday the “dictatorial” drift of Vladimir Putin, determined to “destroy” the Russian opposition.

Washington sanctions relatives of Ortega after arrest of opposition candidates

parliament dismisses the assembly and the executive of Tigray

the FLN wins the legislative elections, without a majority, ahead of the independents