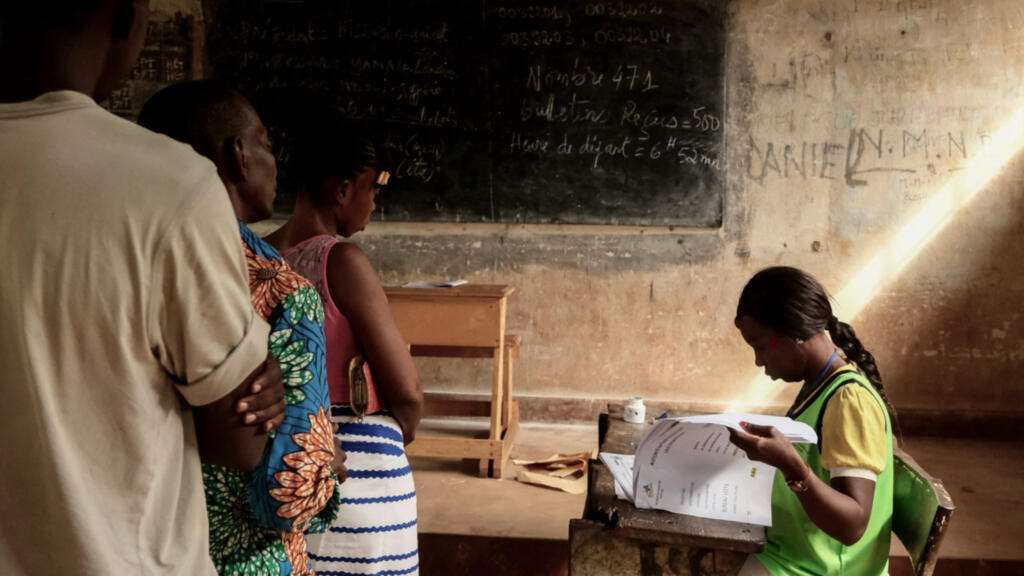 Central Africans were called to the polls on Sunday to elect their deputies in 49 constituencies where the ballot could not take place in December due to a rebel offensive. Results shouldn’t be made public for a few days

The Central Africans voted calmly, Sunday, May 27, to elect their last 49 deputies, in constituencies where the ballot could not take place in the first round, five months ago, due toa rebel offensive.

These last laborious parliamentary elections in three stages presented few stakes: the new chamber, which has started its work, is already dominated by the party of the president reelected on December 27, Faustin-Archange Touadéra, whose relatives are already elected to key positions in the Assembly, although he does not currently have a majority.

Because the opposition presented itself in a very dispersed order from the first round of these legislative elections, on December 27.

The polling stations closed in the early evening. The ballot took place “without incident,” Vladimir Monteiro, spokesperson for the United Nations Mission in the Central African Republic (Minusca), told AFP on Sunday evening.

The results should not be made public for a few days.

In the first round of December 27, less than one in three voters had the opportunity to go to the polls in a country then two-thirds occupied by armed groups and in the midst of a rebellion threatening Bangui.

Since then, thanks in particular to hundreds of Russian paramilitaries dispatched by Moscow to the army’s rescue, the rebels have been driven far from the capital.

On March 14, a second round had taken place for the tie-in seats and, at the same time, a new first round organized in a large number of constituencies. where the vote could not take place on December 27.

Sunday, the ballot concerned 49 constituencies – out of 140 seats in the National Assembly – which came out of the first round reorganized on March 14. The Mouvement Coeurs Unis (MCU), Faustin-Archange Touadéra’s party, currently has 25 seats.

Denouncing “massive fraud”, the disunited opposition did not oppose candidates capable of competing with Faustin-Archange Touadéra and his party. And, as in the outgoing chamber, a number of elected officials without labels or “independents”, including some from the ruling party, should often vote in favor of the government in important votes, according to Central African political scientists.

Without waiting for these 49 partials, the new Assembly has already met at the beginning of May, the required quorum being 71 deputies.

The Central African Republic, the second least developed country in the world according to the UN, has been in the grip of a civil war since 2013, but of lower intensity since 2018.

On the eve of the December 27 polls, however, armed groups controlled two-thirds of the country and many towns. But the armed forces, mainly with the support of hundreds of Russian paramilitaries, Rwandan special forces and some 14,000 UN peacekeepers, pushed them back into the countryside and have largely reclaimed the territory since.

“We were attacked before going to the opposition rally”