In the time of the coronavirus, a Christmas like no other in the world 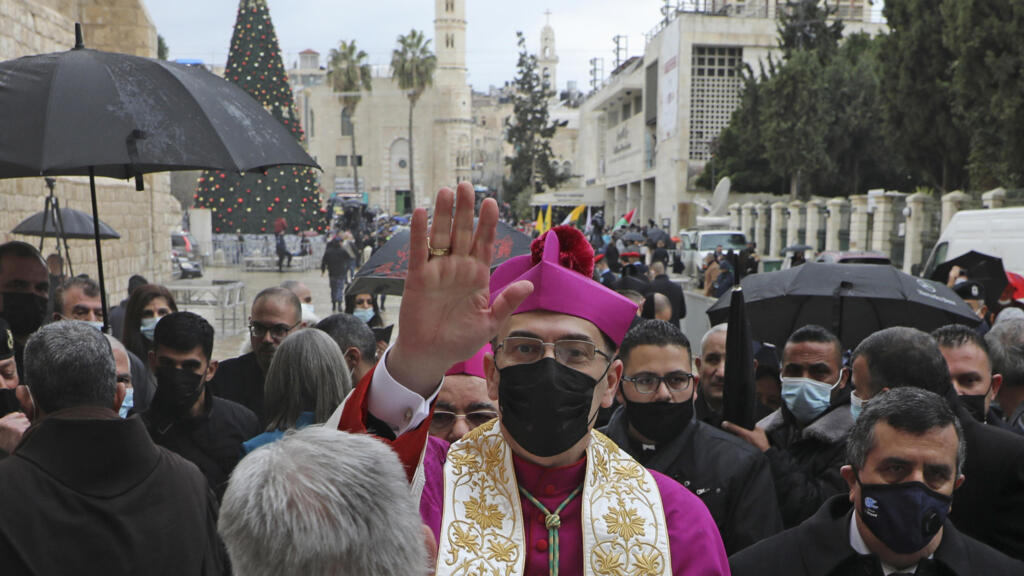 Many countries have celebrated a mixed Christmas. The Covid-19 has changed the traditions and habits of millions of people around the world.

It is a Christmas unlike any other which is being prepared Thursday in the countries celebrating it, the festivities being everywhere restricted, even weighed down, by a procession of restrictions ordered to fight against the Covid-19 pandemic.

The coronavirus has killed more than 1.7 million people on five continents and the sources of contamination which continue to appear remind us that despite the arrival of the first vaccines, life will not return to its normal course any time soon.

It was under a gray sky that a small crowd came to witness the traditional Christmas procession through the streets of Bethlehem, which usually attracts thousands of pilgrims.

A few hundred people wearing sanitary masks and umbrellas watched the parade with Palestinian and Vatican flags waving to the sound of drums and bagpipes.

“Despite the fear and frustration associated with Covid-19, we will overcome this ordeal because Jesus was born in Bethlehem,” said Latin Patriarch of Jerusalem, Pierbattista Pizzaballa.

“It’s different this year because we don’t come to pray at the Church of the Nativity, we can’t get together as a family, everyone is afraid,” says Jania Shaheen, in front of the parade with her husband and her children. two children, place de la Manger in front of the basilica built where Jesus was born according to tradition.

Pandemic obliges, on the evening of the 24th at the basilica, there was no mass in public, no processions of Palestinian leaders but a Christmas mass bringing together only the clergy and broadcast around the world.

Pope Francis, who heads the 1.3 billion Catholics in the world, celebrated Christmas Eve Mass in the gigantic St. Peter’s Basilica in the presence of less than 200 faithful wearing protective masks, mostly employees of the tiny Vatican State. The schedule had been brought forward by two hours, at 7:30 p.m. (local time), to adapt to the curfew in force in Italy, which begins at 10 p.m.

Before the pandemic, several thousand believers and tourists obtained a precious ticket to attend this papal mass.

Thursday evening, the Place Saint-Pierre, illuminated by its monumental Christmas tree, was completely deserted and crossed by a police car. The Italians indeed began, Thursday, a confinement for the holidays, in the country most affected in Europe by the virus, with nearly 71,000 dead and more than two million people infected since the start of the pandemic.

François, who has just celebrated his 84th birthday, will send his eighth Christmas message “Urbi et orbi” (“to the city and to the world”), Friday, by video inside the apostolic palace, to avoid a crowd does not gather on the Place Saint-Pierre in order to see it as usual from a loggia.

In Australia, a country sometimes cited as an example of good health management, the hour was desolate in the face of a resurgence of cases in the north of Sydney.

Jimmy Arslan, owner of two cafes in the most affected neighborhoods, saw a 75% drop in turnover. And he will not be able to count on the presence of his family to cheer him up: she lives in Canberra and therefore cannot make the trip.

Germany was forced to cancel its famous Christmas markets while in Kuwait, churches were closed until January 10 despite the presence of a large Christian community and as the vaccination campaign was launched in the country.

The Republic of Congo-Brazzaville announced a reconfinement on Christmas Day and January 1, angering the bishops.

In the Philippines, some have chosen to spend the holidays alone because of the risks in public transport.

In Qamichli in northeastern Syria controlled by Kurdish forces, residents ignored the pandemic and attended a Christmas tree lighting ceremony in a Christian neighborhood.

In the crowd, there were more Christmas hats than masks, while security forces were deployed for the occasion. Muslims and Christians mingled to dance dabké to traditional music in front of the illuminated tree.

Thousands of European truck drivers have, for their part, spent New Years Eve in sketchy conditions, stuck around the port of Dover in the United Kingdom. The country is slowly emerging from the isolation caused by the appearance on its soil of a new strain of the virus.

“I don’t have the words to describe what we are feeling. All our families are waiting for us, it breaks our hearts,” sighs Pawel, a 34-year-old Polish driver, interviewed by AFP.

“They say there will be a Covid test for us” but “nothing is coming”, “we have no information, nothing”, he adds, very moved. “I have two very small children, a wife, I just want to go” to Poland.

The New Year should also be gloomy. Faced with the rebound of the pandemic in Brazil, the city of Rio de Janeiro intends to prohibit on the evening of December 31 access to the neighborhood of the famous Copacabana beach.

Usually, millions of people flock to admire the fireworks, the cancellation of which was announced in July.

For now, Sydney is still planning to welcome the New Year “whatever happens” with its spectacular fireworks display.