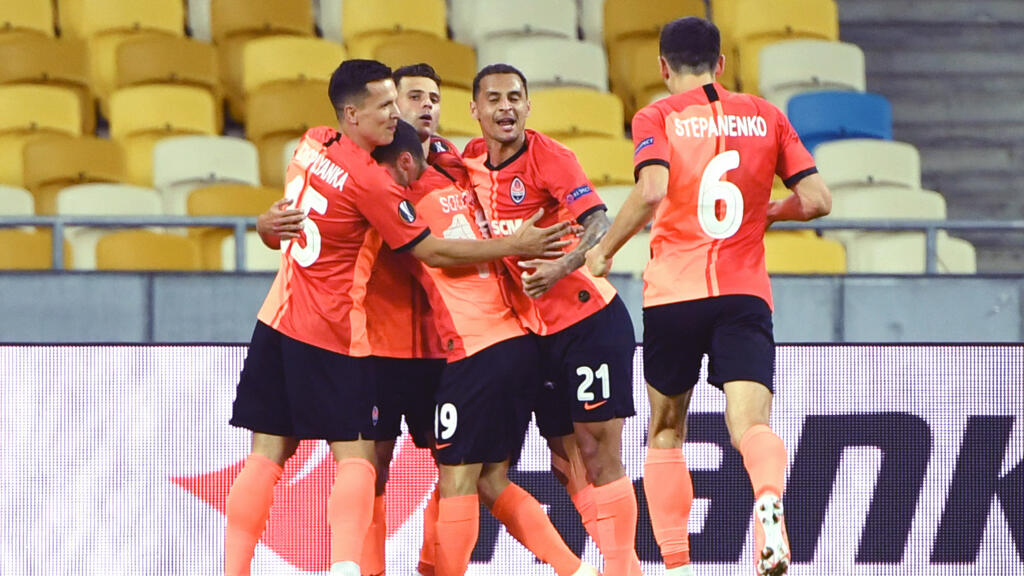 The Europa League resumed its rights on Wednesday with the end of its round of 16, interrupted last March due to the Covid-19 pandemic. Copenhagen, Chakhtior Donetsk, Manchester United and Inter Milan have qualified for the rest of the competition.

European football competitions began their great post-Covid comeback, Wednesday August 5, with the end of the knockout stages of the Europa League. FC Copenhagen, Chakhtior Donetsk, Manchester United and Inter Milan have punched their tickets for the quarter-finals, which will be played from August 10

Defeated 1 goal to 0 in the first leg, FC Copenhagen managed to reverse the trend against to the Turks of Istanbul Basaksehir, thanks to a success 3 goals to 0 at home. J. Wind, author of a double and R. Falk Jensen, allowed the Danish club to advance to the quarter-finals.

In Ukraine, Chakhtior Donetsk defeated the Germans from Wolfsburg at the very end of the match: Moraes Junior in the 89th and 93rd and Solomon in the 91st helped complete the qualification of their team. The Ukrainian club had already won 2 to 1 in the first leg.

Large winner in the away match, the Mancunian club completed its success by winning 2 to 1 against Linz. If the Austrians opened the scoring Wiesinger in 55th minute, Lingeard and Martial helped secure victory for Manchester United

Deprived of a first leg in March due to the Covid-19 pandemic, Inter Milan and Getafe only had a dry game to decide. And the Italian club won the place in the quarter-finals thanks to the achievements of Lukaku (33 ‘) and Eriksen (83’).