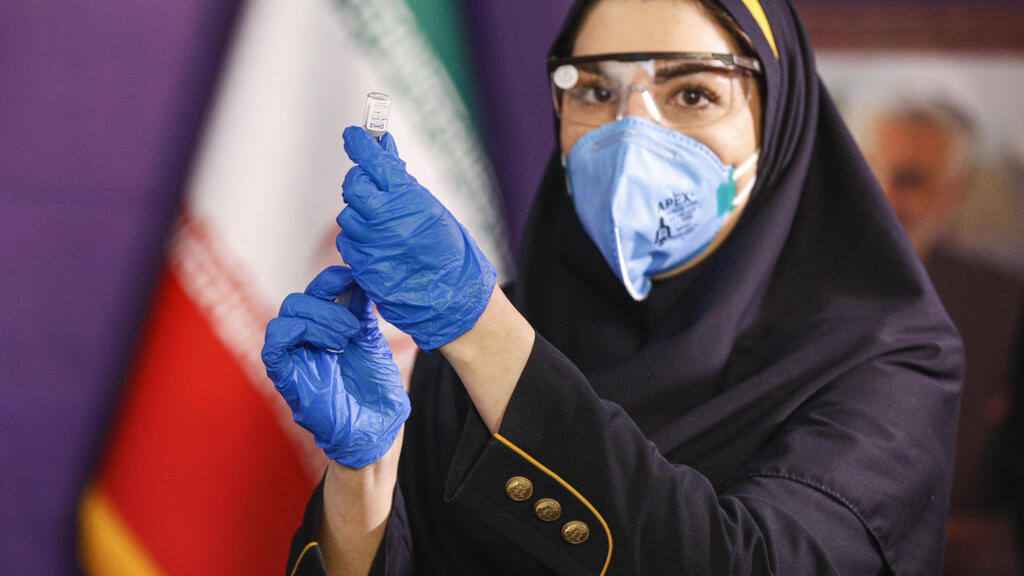 Iranian Supreme Leader Ayatollah Ali Khamenei on Friday banned the import of American and British anti-Covid-19 vaccines, accused of seeking to “contaminate” the country. Despite the seriousness of the local health situation, Iran prefers to wait and count on its Russian and Chinese allies, as well as on a national vaccine developed with Cuban researchers.

The 150,000 doses of Pfizer-BioNTech vaccine ready to be delivered to the Iranians will remain in the boxes. Scientists from Iran living in the United States wanted to send these doses to their native country “but the shipment has been canceled” given the decision of the Supreme Leader, said the Iranian Red Crescent, quoted Friday (January 8th) by several local media.

Ayatollah Ali Khamenei on Friday banned the import of any anti-Covid-19 vaccine from the United States and the United Kingdom, believing that these could be used to “contaminate” his country. “We can absolutely not trust them. It is not impossible that they want to contaminate other nations,” said the Iranian Supreme Leader in a tweet in English, deleted just hours after its publication by the platform as part of its policy to combat “false or misleading information” about vaccines against Covid-19.

The vaccines Pfizer / BioNTech, Moderna and AstraZeneca / Oxford which have been authorized or are about to be authorized in the European Union and in the United Kingdom are therefore banned from Iran. And French vaccines, still in development, will not be welcome either. “Given our experience with French blood contaminated with HIV, French vaccines are not trustworthy either,” Ali Khamenei added in his message, referring to the health scandal of contaminated blood that affected France in the 1980s. 1990. Several hundred people had been infected in Iran by the AIDS virus in the 1980s with French blood transfusion sets.

Following in the footsteps of the number one in the Islamic Republic, the Iranian president in turn accused “foreign companies” of wanting to “test” their vaccines on the Iranian population. “The Ministry of Health prevented them from doing so,” Hassan Rouhani said in a televised address on Saturday. “Our people will not serve as guinea pigs for the vaccine companies,” he said. “We need to buy safe foreign vaccines.”

But in Iran, the situation is pressing. The state is the most affected in the Near and Middle East, with more than 56,000 deaths out of 1.2 million people infected with the coronavirus according to official figures, for a country of nearly 80 million inhabitants. The authorities themselves admit that these statistics are grossly underestimated.

A race against time is on, especially as the British variant of Covid-19 has been detected on Iranian soil. “Unfortunately, we found the first British Covid-19 case transferred to a dear compatriot who had returned from England … and who was admitted to one of our private hospitals,” the Minister of Health said on Tuesday, Saeed Namaki. That same day, Iran had recorded its lowest number of daily deaths in nearly seven months, with 98 deaths linked to Covid-19.

Since the end of December, the country has extended a nighttime curfew to hundreds of low-risk cities to keep the number of new infections and deaths down. The curfew notably prohibits the use of the car, in order to reduce contact between people.

Without American and European vaccines, Iran intends to rely on its Russian and Chinese allies. “One million doses of vaccine to be delivered to the Red Crescent [en provenance] maybe from Russia, China or India, “the international medical organization said on Friday.

Supporting Iran’s strategy, Health Ministry spokesman Kianoush Jahanpour explained on 1er January that the first batch of vaccine would likely be purchased directly from a foreign country. “Then Iran will get its share of Covax vaccines [une initiative parrainée par l’Organisation mondiale de la santé visant à garantir un accès rapide et équitable aux vaccins anti-Covid-19, NDLR], then the Pasteur Institute in Iran will co-produce a vaccine with a Cuban company, and finally, the vaccine will be produced locally, “he detailed.

Some 16.8 million doses of Covax vaccine have already been prepaid by Iran, according to the governor of the Central Bank, Abdolnaser Hemmati. However, the transfer to Switzerland of the sums owed to the WHO required a complex bank arrangement in order to circumvent US sanctions, he said. In recent weeks, Tehran has complained that it cannot buy its Covid-19 vaccines abroad due to these sanctions which, according to the Iranian authorities, lead to a blocking of transactions at the time of payment.

The WHO has, however, repeatedly assured that the supply of Covax vaccines will not be hampered, including by US sanctions. “We are supporting and helping Iran source essential items on the global market, and we have been doing so since the start of the pandemic, as we predicted that the supply of drugs would be affected by the sanctions,” said Christoph Hamelmann, WHO Representative in Iran. He also said that the member states of the Covax initiative, including Iran, will jointly decide on the brand of vaccine that each country should purchase.

Cuban and Iranian researchers associated to develop a vaccine

For the development of its own vaccine, the Islamic Republic has joined forces with Cuba. The authorities announced that the first phase of clinical trial, which had been launched in early January, had been successful. According to the Ministry of Health, the national vaccine could therefore be ready “by the end of spring 2021 at the latest”.

In the meantime, on the Iranian black market but also at drug wholesalers, fake vaccines are circulating, which does not fail to worry the authorities. They called for vigilance and warned that any product bearing the label “coronavirus vaccine”, whether sold at wholesalers or on the web, was “fake”, illegal and extremely dangerous, as it could lead to serious health complications and even death. The health ministry urged the population not to use drugs or products that have not been imported through official channels.

container ships, these environmental terrors that make the planet go round

have civil rights progressed in the United States with #BLM?

“Passion for the profession has its limit”

the Blues qualified for the Olympics despite their defeat against Portugal