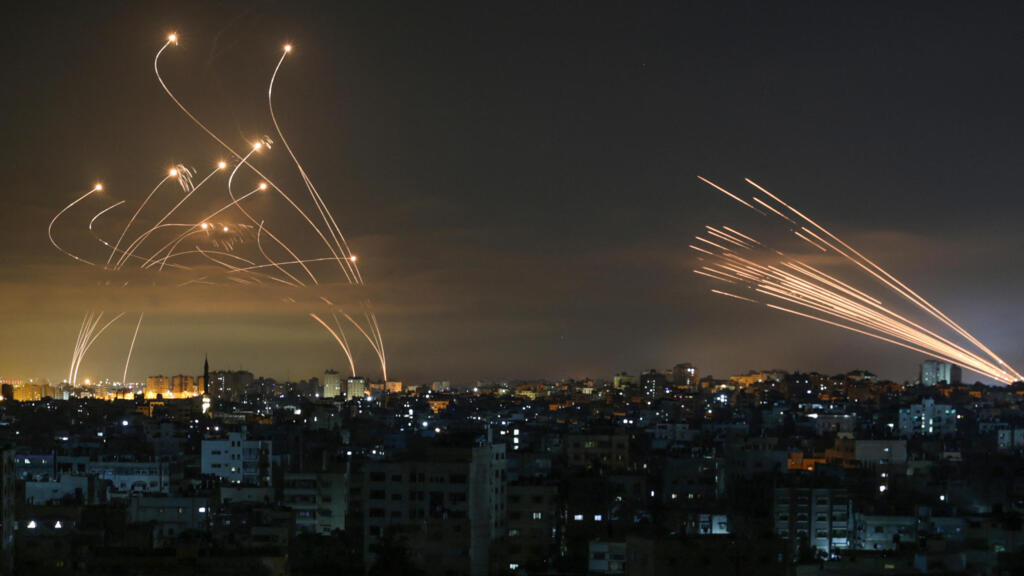 The Israeli missile shield failed to intercept all rockets launched by Hamas and its allies during the conflict that ended Thursday evening. Several experts interviewed by France 24 believe, however, that its effectiveness is not called into question because it has had to face attacks on an unprecedented scale.

After eleven days of violence, bombing and death, the two camps began to heal their wounds and keep score. Israelis and Palestinians woke up on Friday May 21 to find that the ceasefire that came into effect overnight seemed to hold.

For the Jewish state, one of the main tests of this military streak – besides the offensive objectives of eliminating Hamas fighters – concerned the effectiveness of its famous anti-missile shield, dubbed the Iron Dome.

This interception device, made up of numerous radars and batteries capable of launch up to 800 missiles simultaneously, has indeed been subjected to a very severe test. In eleven days, Hamas and its allies launched more than 4,000 rockets from the Gaza Strip, an unprecedented intensity of fire, said the Israeli military authorities.

Several have passed through the very tight stitches of this net. Result: twelve people were killed on Israeli soil. Enough to spoil the image of an impassable shield that the West may have of the Iron Dome.

Nevertheless, “it should be remembered that no missile defense system can protect 100% because there are too many parameters that come into play, such as the weather, the number of rockets launched from the enemy camp or even if they are launched from several different places simultaneously “, explains Alexandre Vautravers, security and weapons expert at the Global Scientific Institute of the University of Geneva, contacted by France 24.

Moreover, the Israeli army seems to have been satisfied with the effectiveness of its Iron Dome, pointing out that around 90% of the rockets fired by Hamas have been intercepted, “which means that the performance of the system has been very close to what the manufacturer (Rafael Advanced Defense Systems) had announced in its specifications [lors de son déploiement en 2011, NDLR]”, specifies the Swiss specialist. In 2014, during the last war in Gaza, the Iron Dome did not do any better than this famous 90%.

But “the figures around the effectiveness of these defense systems are still controversial because the data made public are limited, which does not allow us to get a really precise idea”, nuance Jean-Loup Samaan, associate researcher in the Middle East Singapore Institute who worked on Israeli defense systems, contacted by France 24.

For him, these 90% are “above all a symbolic figure”. Concretely, “what we saw on the ground, it is that there was little damage and, therefore, from this point of view, it is rather a success”, estimates this specialist.

Avoiding the use of ground operations

The Iron Dome has proven to remain well calibrated to deal with the danger it was designed to deal with first: close range missiles. “Its strength lies in its very good ability to intercept relatively simple threats such as the rockets used by Hamas,” recalls Alexandre Vautravers. This is the whole paradox of this device which embeds all the latest cutting-edge technologies imaginable to intercept the “low-cost” weapons used by the camp opposite.

It also seems that the Iron Dome was able to counter the “suicide bombers” drones that Hamas used during this conflict. At least, according to the Israeli army : Here again, it is difficult to assess the real effectiveness of the Israeli defense system in the face of this new threat because of the lack of details from the Israeli authorities on the number of these drones launched by the Palestinian armed militia.

The effectiveness of this anti-missile shield, however, should not be judged on the basis of successful interceptions alone. “Its raison d’etre is also to avoid military escalation and to minimize Israel’s need for armed operations on the ground,” said Azriel Bermant, a specialist in military security issues in the Middle East. Institute of International Relations in Prague, contacted by France 24. In his view, without the Iron Dome, the Israeli army would undoubtedly have carried out ground combat in the Gaza Strip to stop the bombing. “The fact that the Israeli government did not feel the need to launch such a campaign which would have been humanly much more expensive means that the Iron Dome has served its purpose well,” he said.

Risk of saturation of the Iron Dome

However, the relentless bombardment by Hamas has also underscored the limits of this defense system. From an economic point of view, first, since each interception costs between 50,000 and 100,000 dollars, according to various evaluations do these last years. Opposite, the Qassam rockets fired by Hamas cost less than $ 1,000 per unit.

More importantly, “Hamas used a new technique in this conflict which involves launching a very large number of rockets in a very short period of time, which exposed one of the weaknesses of the Iron Dome which is that the system can be saturated “, underlines Alexandre Vautravers, the researcher of the University of Geneva.

In the early days of the conflict, the Palestinian armed movement repeatedly managed to launch more than 70 rockets in less than twenty minutes, the Wall Street Journal said. “This is an extremely high pace and it is very difficult for us to cope with it,” admitted Uri Gordin, the major general who heads the Israeli Home Front Command, interviewed by the American daily.

The Iron Dome held up. The fact remains that this fragility could prove problematic in the face of an enemy with a greater strike force. “The concern is with Hezbollah in Lebanon, which has ten times more rockets with a longer range and which are more precise,” said Azriel Bermant. The Shiite militia can also fire ballistic missiles and the Iron Dome “is not designed to defend against this kind of missiles which can change course,” recalls Jean-Loup Samaan of the Middle East Institute in Singapore.

Hence the importance for Israel, according to this expert, of integrating the Iron Dome with the other components of the defense system developed by the Hebrew state. Because although the country owes much of its reputation to this anti-missile shield, it has acquired in recent years other mechanisms – such as the David Sling device – which have been designed specifically to counter cruise missiles. This latest conflict with Hamas could, according to Jean-Loup Samaan, push the Israeli authorities to accelerate the networking of all these systems to avoid an overflow in a future conflict.

separatists and loyalists agree on the date of the referendum