Joakim Noah, the light after the galley 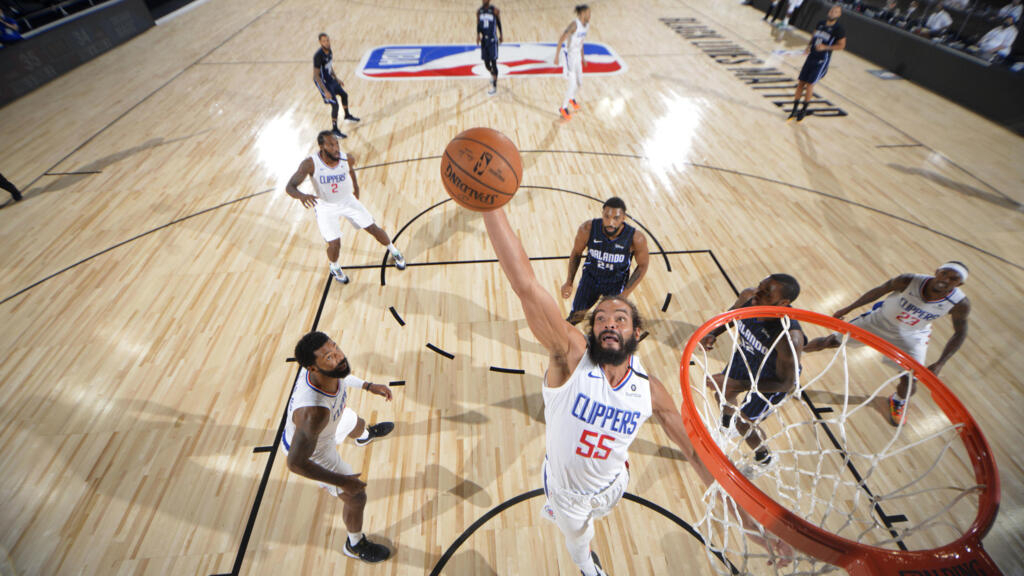 After several seasons marked by injuries and off-court incidents, basketball player Joakim Noah is back on the court with the Los Angeles Clippers as the NBA season resumes. At 35, Yannick Noah’s son finally sees the light.

No doubt he sometimes doubted that that day would come, but sixteen months after his last official match and ten months after cutting his Achilles tendon, Joakim Noah has finally played in competition again. Thursday July 30, on the occasion of the resumption of the North American basketball championship (NBA), it is under the colors of the Los Angeles Clippers that the Franco-American pivot of 2.13 m made his return on the floors. “Lucky,” he said, and the result of months of self-sacrifice after a nasty injury and several difficult seasons.

Almost a year ago, as training camps before the start of the 2019/20 NBA season were about to begin, Joakim Noah, without a club and at the end of his career, receives an invitation from the Los Angeles Clippers. A golden opportunity for the former Chicago Bulls star to sign with a team contending for the title.

>> To read: “A knee on the ground in support of Black Lives Matter, the NBA resumed in the Orlando health bubble”

But in September, he injured his Achilles tendon at home in a domestic accident. No total rupture, but an injury serious enough to require surgery.

“I was ready and I was really excited to take this opportunity, and then I injured my Achilles tendon, he told reporters on July 12. But I did. said that was not how I wanted to end my career. So the day after the operation, I was in the gym to train, with the hope of one day joining this team. “

Six months are needed for him to recover from his injury. Still interested, but aware that his physical condition is not perfect, the leaders of the Clippers offered him a ten-day contract in March. But no sooner has Joakim Noah joined the team than the NBA decides to suspend the season due to the Covid-19 pandemic.

Series of setbacks in New York

These additional five months, however, are an opportunity for him to level up. “I don’t think any other player in the league has benefited so much from this save, because he was not in good shape when we signed him (in March), but now he is,” he said. a few days ago his new trainer, Doc Rivers.

For his first game, Thursday night, against the Los Angeles Lakers of superstar LeBron James, Joakim Noah played ten minutes, scored 1 point, took 4 rebounds, delivered 1 assist and made 1 against. Statistics without much relief, but for the son of the former winner of Roland Garros, the essential is elsewhere.

Because since the Chicago Bulls heyday years (2007-2016), the former best defenseman in the NBA (2013 and 2014) had almost nothing but setbacks. Signed by the New York Knicks for four years and $ 72 million in the summer of 2016, his stint at the Big Apple was a disaster. Repeated injuries (shoulders, knees, hamstrings), suspension of 20 matches after a positive test for a food supplement banned by the NBA, altercation with his coach and poor performance when he sets foot on the field: Joakim Noah only played 53 games – out of 164 possible – during the 2016/17 and 2017/18 seasons, before being dismissed by the New York franchise in October 2018.

“He will help us by his presence and by his leadership”

The 2018/19 season allowed him to regain his taste for professional basketball. Two months after leaving the Knicks, he signed with the Memphis Grizzlies and played 42 games. His team is weak and is a long way from qualifying for the play-offs – the finals of the NBA championship – but the two-time university champion with Florida in 2006 and 2007 achieves some outbursts, such as his 22 points and 11 rebounds, on the 22 February 2019, against the Los Angeles Clippers.

>> To read: “NBA players in ‘their bubble’ at Mickey’s before the resumption of the season”

An early fan of Joakim Noah, Clippers boss Doc Rivers undoubtedly enjoyed what he saw that night and always kept an eye on his performance. He now relies on his rookie on the pitch, but also off.

“He will help us on the pitch, but even if he doesn’t, he will help us with his presence and his leadership. He will be a mentor for Ivica Zubac (the 23-year-old Croatian pivot),” said he said.

Joakim Noah asks for nothing better and savor the moment: “I am really lucky and I feel blessed to be in this situation, surrounded by very good players, and to have a chance to win the title. It’s not something I take for granted. “