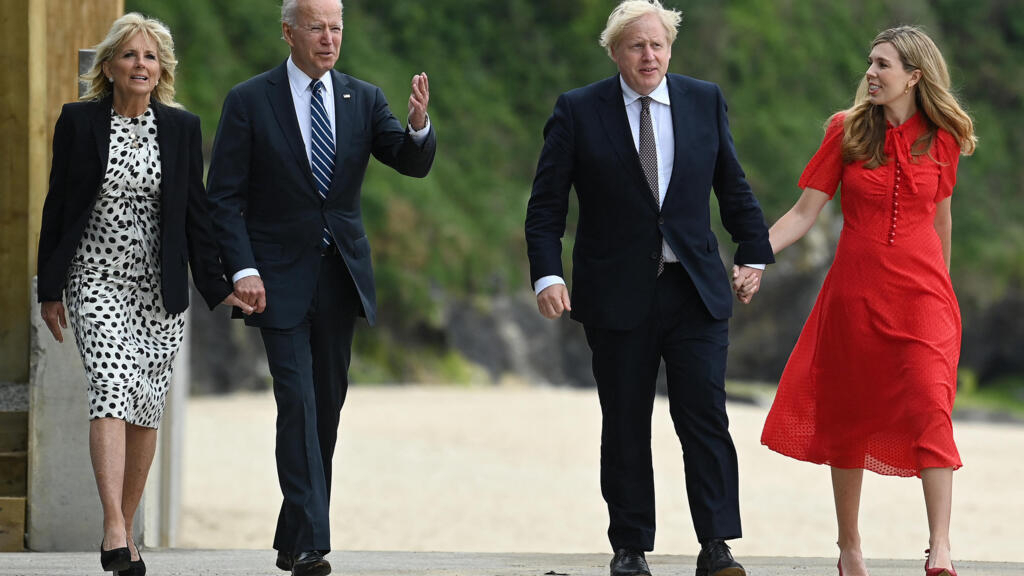 The US President and the British Prime Minister celebrated the “special relationship” between their two nations on Thursday when they first met in Carbis Bay, England. A conviviality displayed despite disagreements over Brexit and Northern Ireland.

Joe Biden and Boris Johnson flaunted their unity and praised the US-UK cooperation, Thursday, June 10, during their first meeting in Carbis Bay, England, where the G7 kicks off on Friday. Celebrating the “special relationship” that unites their two nations, the two leaders authorized an updated version of the Atlantic Charter but also addressed points of disagreement on the aftermath. Brexit and Northern Ireland.

Joe Biden hopes to use his first trip abroad as president to reassure European allies that the United States has shed the transactional tendencies of Donald Trump’s tenure and has become a reliable partner again. He and Johnson immediately adopted a friendly tone as the media watched.

“I told the Prime Minister that we have something in common. We both got married way above our condition,” joked Joe Biden after a very choreographed walk with their wives. Boris Johnson laughed and said he was not going to “dispute that claim”.

Boris Johnson on Thursday described US President Joe Biden as a “big breath of fresh air” for the latter’s willingness to work with London on a wide range of issues, be it environment, Covid- 19 or security.

“It’s new, it’s interesting and we’re going to work really hard together,” Boris Johnson said after speaking with Joe Biden. “We chatted for about an hour and 20 minutes. It was a long, long, good session. We covered a wide range of topics.”

If the atmosphere was jovial, several sensitive subjects nevertheless opposed the two statesmen. The US president fiercely opposed Britain’s exit from the European Union, orchestrated by Boris Johnson, and expressed great concern over the future of Northern Ireland. Joe Biden even called Boris Johnson a “physical and emotional clone” of Donald Trump.

The British Prime Minister on Thursday relativized his differences with Joe Biden on post-Brexit tensions in Northern Ireland, assuring that the maintenance of peace in the British province constituted a “common ground” and saying he was “optimistic”.

“We want to make sure that we keep the balance of the peace process. There is absolutely common ground and I am optimistic that we will get there,” Boris Johnson told British televisions.

Ahead of their formal talks, the two men looked at illustrious wartime predecessors, inspecting documents relating to the Atlantic Charter. This declaration signed by British Prime Minister Winston Churchill and President Franklin D. Roosevelt in August 1941 set common goals for the post-war world, including trade liberalization, disarmament and the right to self-determination of all peoples.

Reaffirming the long-standing ties that unite their nations, the two men authorized an updated version of the charter, which addresses the challenge posed by countries like China and Russia by promising to promote free trade, human rights. ‘Man and a rules-based international order, and to counter “those who seek to undermine our alliances and our institutions”.

The new charter also targets “interference by disinformation” in elections and questionable economic practices, accusations the West has leveled against Beijing and Moscow. Leaders also pledged to strengthen global defenses against health threats, on the eve of a summit where discussion of the coronavirus pandemic is expected to take center stage.

With AP and AFP

Cold weather plan in Grande-Synthe and Calais: “The emergency is here”, worry the associations

Galapagos sees record rise in numbers of penguins and cormorants

nearly twenty deaths and one resignation

beaten by Scotland, the Blues end the Tournament on a disappointment