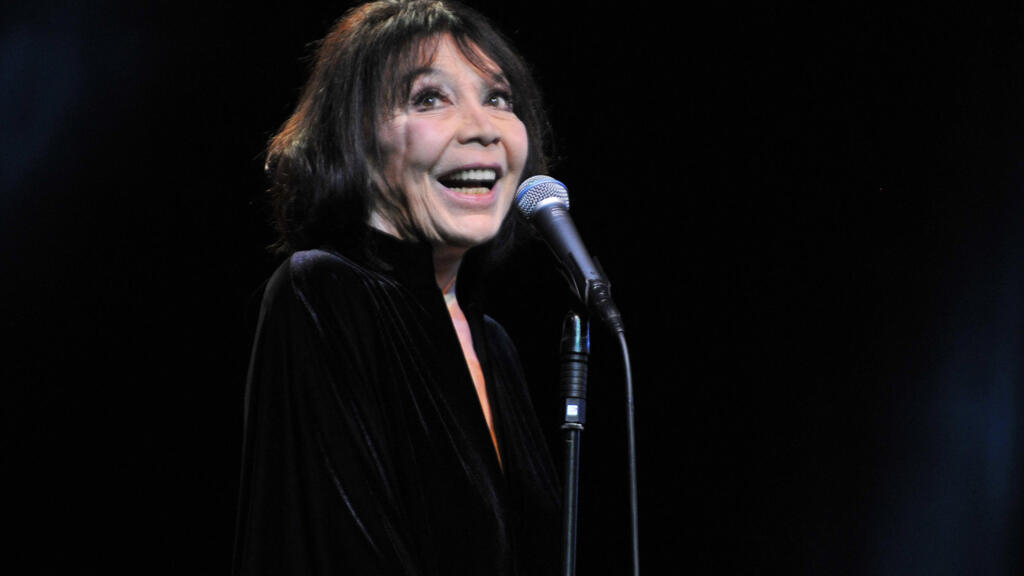 Juliette Gréco, great lady of French song, died on Wednesday at the age of 93. A friend of poets and musicians, she embodied the spirit of Saint-Germain-des-Prés.

The icon of French song Juliette Gréco, also famous for her interpretation of Belphégor on television, died on Wednesday at the age of 93, her family told AFP. “Juliette Gréco passed away this Wednesday, September 23, 2020 surrounded by her family in her beloved house in Ramatuelle. Her life was out of the ordinary,” said the family in a text sent to AFP. “Passion, fight, love and intense fun”, said the singer to sum up her life.

“She was still making French song shine at 89,” adds her family. Until the stroke that struck her in 2016, the year she also lost her only daughter Laurence-Marie.

“Black rose of the meadows”

“Gréco, black rose of the courtyards. From the school of not wise children”, as Raymond Queneau paints it. Because Juliette Gréco was not wise.

High cheekbones, a gaze outlined in black under brown hair, thin white hands fluttering over a dark dress, the singer, before Barbara, is on stage a long black lady.

“I am a clown in life and then I like to laugh. The greatest asset of seduction is humor, therefore intelligence, derision”, she said a few years ago.

Juliette Gréco was born on February 7, 1927 in Montpellier. With her sister Charlotte, she grew up near Bordeaux with her grandparents after her parents separated.

Her childhood is melancholy, she expresses herself especially through dance. The war scares the family to a property in Périgord which serves as a crossing point for the Resistance. In 1943, her mother and sister were deported, she herself was imprisoned in Fresnes for ten days.

# 2GM Juliette Gréco died at the age of 93. During the Second World War, his mother took part in an escape route to Spain and Gibraltar via Bordeaux. She was arrested in 1943. pic.twitter.com/WHbylcAsEw

She will recount this period of her life in an autobiography published in 1983, “Jujube”.

At the end of the war, she was not 20 years old, her mischievous air, her beauty, her freedom of pace and tone seduced the intellectuals and artists of Saint-Germain-des-Prés. She frequents Duras, Sartre, Beauvoir and hosts the evenings of the legendary cabaret “Le Tabou”. Youth is exploding in a liberated Paris where existentialism is born within the walls of clubs. Juliette Gréco meets Miles Davis with whom she will have an affair.

Raymond Queneau and Jean-Paul Sartre signed her first singer successes, “Si tu t’imagines …” and “La Rue des Blancs-Manteaux”. Over time, she broadens her repertoire with Prévert, Desnos, Vian, Cosma, Aznavour. The “Jolie môme” performed at the Olympia for the first time in 1954 and it was the consecration.

After a lightning marriage with Philippe Lemaire, of whom she has a daughter Laurence-Marie, who died of cancer in 2016, the same year in which Juliette Greco suffered a stroke, in the 60s she played the greatest authors of the time, Gainsbourg, Béart, Ferré, Brel, Brassens. “I have met the most ‘amazing’ people there is,” she admits.

Juliette Gréco is the archetype of the modern woman: “I was way ahead of my time, I was also an object of absolute scandal, I never look for this kind of thing, I am like that, I can’t help it “.

“These are the words that dictate the gesture”

An actress by vocation, she starred in “Bonjour tristesse” in 1958, an adaptation of Sagan’s novel shot by Otto Preminger, during her affair with American producer Darryl Zanuck. But it was her role in the soap opera “Belphégor” that made her triumph on the small screen in 1965.

Over the years, she toured extensively abroad, keeping the same convictions and the same political commitments. After a second marriage with the actor Michel Piccoli, she married Gérard Jouannest, the former pianist and friend of Jacques Brel in 1988, who also accompanies her on stage.

And their words which she pronounced with relish were for her “absolute nourishment”.

“These are the words that dictate the gesture, down to the fingertips”, said the one who had launched in the spring of 2015 a great farewell tour, during which she had celebrated her 89 years on the stage of the Théâtre de la Ville, where she had created her greatest success in 1968, the mischievous “Undress me”.

death of a second protester, the center of Minsk cordoned off

the shadow of doping hangs over the world championships