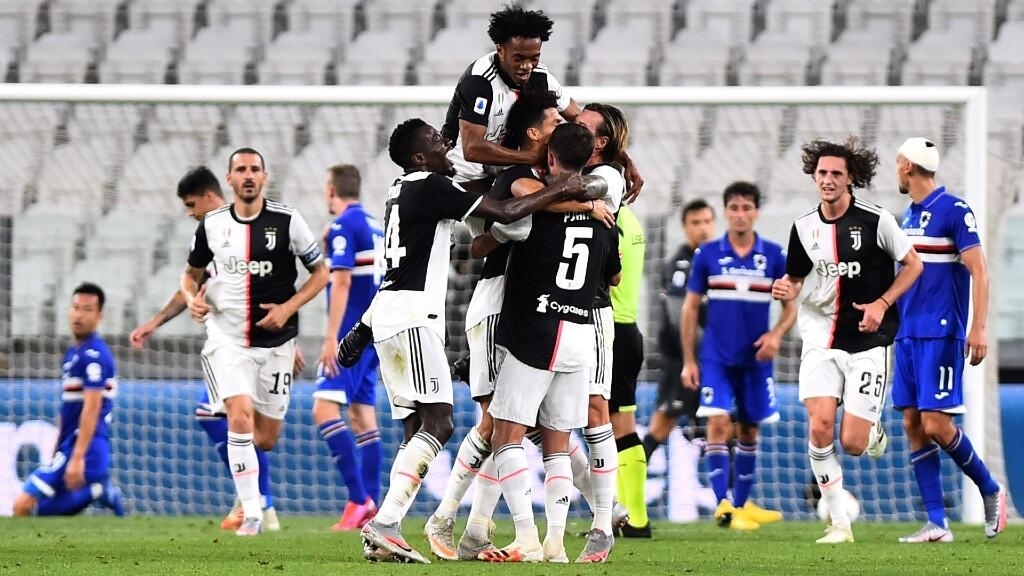 Juventus Turin won Sunday night against Sampdoria on Matchday 36 of Serie A (2-0). With 7 points ahead of Inter Milan, his runner-up, Juve can no longer be caught and pocketed a 9th consecutive league title.

Juventus won Sunday July 26 a ninth consecutive title of champion of Italy, the 36e in all, thanks to their 2-0 home victory over Sampdoria Genoa in the 36e Serie A matchday.

Two days from the end of the championship, the Turin club are seven points ahead of Inter Milan, second, and can therefore no longer be joined.

This scudetto is the first to be won under the orders of Maurizio Sarri, which extends the incredible series initiated by Antonio Conte (three titles) and continued by Massimiliano Allegri (five coronations).

A goal from Cristiano Ronaldo

He especially bears the mark of Cristiano Ronaldo, already author of 31 goals in 36 days and who, despite his 35 years, did not seem affected by the sequence of matches every three days and in full heat, consequence of the three months interruption caused by the coronavirus.

On Sunday against Sampdoria, he scored the first goal, was behind the second and missed a penalty in the dying moments.

Towards the Champions League

In the middle of the week, Juventus, which is not going through an extraordinary period, had missed a first match point by losing 2-1 on the lawn of Udinese.

Before going in search of a 10e consecutive title next season, the Piedmontese club can now turn to the Champions League, its great goal for several years.

Beaten 1-0 by Lyon in 8e in the first leg, the bianconeri are in a precarious situation and elimination at this stage of the event would give their season a much less positive turn.