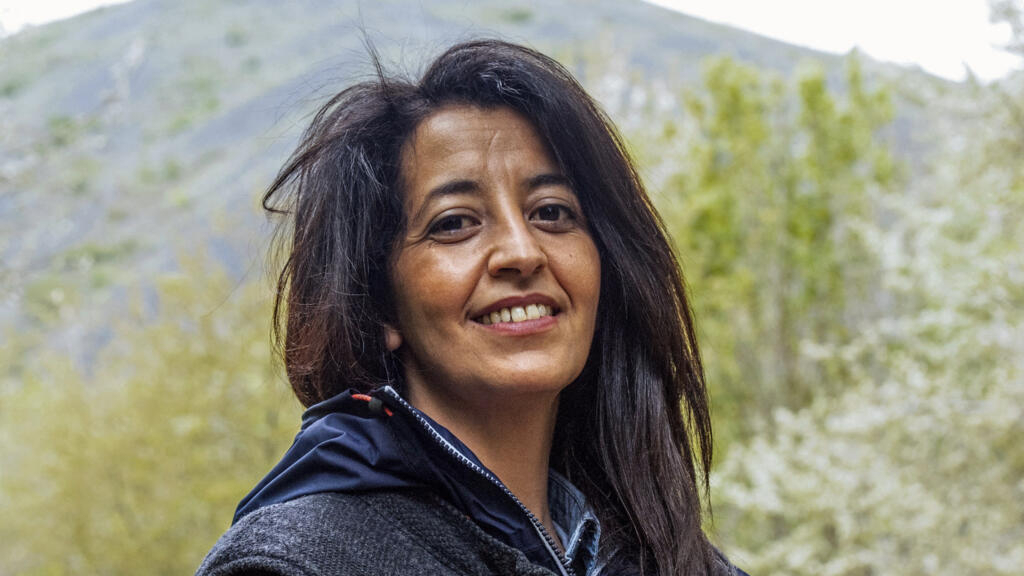 A woman of challenges, Karima Delli managed to unite all the left forces to support her candidacy in Hauts-de-France, by applying a recipe learned in the European Parliament: the art of negotiation and compromise. On the ground, she is now trying to make herself known to voters and convince them to vote for her.

More than two hours after the scheduled time, Friday June 4, the regional express train (TER) finally arrives at Saint-Quentin station. On the quay, the candidate for the Union of the Left in Hauts-de-France in regional elections (June 20 and 27), Karima Delli, took her trouble patiently but is eager to continue her program. It was impossible to honor the commitments made for the next stage, initially scheduled for Maubeuge. The MEP Europe Écologie-Les Verts (EELV) and her small campaign team will go directly to Aulnoye-Aymeries, where their communist mayor, Bernard Baudoux, is waiting for them to talk about mobility.

The irony of the situation would almost make people laugh if it did not have an impact not so hard on the daily life of the inhabitants of Hauts-de-France. While Karima Delli wanted to promote public transport by traveling by TER during two campaign days, with a hashtag # OnLePrendOnLeDéfend as a slogan for this communication operation, she had not imagined that she would end up in the front row seat to experience the problems regularly encountered by a large number of users.

“There are a lot of people in this campaign who talk about transport, but I am a train user. But today we have been waiting for a train for almost two hours. And two hours late in a day is unacceptable. This is the reason why when I will be at the head of the region, the first thing I will do will be to revise the agreement with the SNCF by involving all the user associations in the discussion “, she explains at the microphone of France 24, determined to transform this incident of the day into a political argument.

The verb is frank and does not get lost in circumlocutions. Like her performance during the televised debate organized by France 3 Hauts-de-France two days earlier, during which she was able to shake up the outgoing president of the region, Xavier Bertrand, Karima Delli is, at 42 years old, a committed woman moving forward.

Ninth in a family of thirteen children, daughter of Algerian immigrants – a daddy worker in the textile industry, a stay-at-home mom – Karima Delli grew up in Tourcoing in a working-class neighborhood. She obtained a Baccalaureate ES, then a BTS in Commercial Action and finally a DEA in Political Science at IEP Lille, which enabled her to do an internship at the Senate which would change her life. We are in 2004. Karima Delli meets the environmental senator from the North, Marie-Christine Blandin, who offers her a job as parliamentary assistant. The one who was from 1992 to 1998 the first woman president of the former Nord-Pas-de-Calais region then became his mentor.

Five years later, Karima Delli was elected to the European Parliament for the first time under the banner Europe Ecology-The Greens. At the same time, she continued her activism within the Black Thursday (housing) and Save the Rich (inequalities) collectives and was re-elected in 2014, then 2019. In Brussels, where she has been at the head of the Transport and Transport Commission for four years. tourism, she learns the art of negotiation and compromise to build coalitions.

“What brought us together was much stronger than what divided us”

An experience that allows him today to be at the head of the only union list of the left in the French regional elections. While socialists, environmentalists, rebels and communists are tearing each other apart everywhere else, Karima Delli has found the words to unite everyone.

“To unite the left and the ecologists, we needed a method,” she explains to France 24. I am lucky to be president of the European Parliament’s Transport and Tourism Committee and I am obliged to work with everyone because at European level, no party has a majority on its own. So I know how to identify majorities with opposition forces, even sometimes antagonistic forces. “

To achieve this unprecedented union, the MEP took her time. First, face-to-face discussions with the head of the list of other left-wing parties – Patrick Kanner (Socialist Party), Ugo Bernalicis (La France insoumise), Fabien Roussel (Communist Party) – are organized. ” listen to each other’s positions. Then follow meetings bringing together all these little people.

Irresponsible, this EELV poster campaign in Hauts-de-France! It’s hard enough to mobilize to vote. This second degree is shooting yourself in the foot. pic.twitter.com/zQ2vk2pznQ

“When you set up a compromise at European level, you are not necessarily right or wrong, you are just trying to find a capacity for action. And there, we understood that what brought us together was much stronger than what divided us. The goal is to have a real backbone on our values ​​that is intact. I managed to respect each of my partners and then to lay down a roadmap with a common goal. “

Union is sometimes difficult to sustain. In the markets, rebellious activists sometimes tow in their corner for their candidates in the departmental elections. Ugo Bernalicis shot dead at Twitter against a poster campaign imagined by EELV. And Jean-Luc Mélenchon continues to attack environmentalists in the media, qualifying them in particular on BFMTV of “liars, hypocrites, false tokens” and declaring in The world that they had “a future as long as we don’t see them at work.”

“Jean-Luc is Jean-Luc, but on the field, everyone plays along and everyone understood that we were a team, answers Karima Delli. That’s what is also pleasant. Everyone gets wet. This morning I was with a socialist mayor, this afternoon he is a communist mayor and there are also rebellious France activists who have joined us.There is no animosity between us. We are happy to campaign together. “

However, even united and even if Karima Delli likes impossible missions, the mountain to climb seems much too high, according to the polls. These irremediably put the candidate for the Union of the Left in third place in voting intentions., behind Xavier Bertrand and the candidate of the National Rally, Sébastien Chenu.

For Karima Delli, the main challenge lies in her ability to mobilize. Hit hard by the economic crisis for many years, and in particular by deindustrialisation, many left-wing voters, weary of broken promises, increasingly take refuge in abstention, or even for some in an RN vote.

>> To read: Safety, omnipresent theme of the regional campaign

“Young people, in particular, are no longer interested in politics,” regrets Jean-Robert, a 67-year-old Generation Ecology activist who came to lend a hand to Karima Delli in Saint-Quentin. “It’s terrible to see that. At the station this morning, at least one in two young people did not even take the leaflet that was handed to them when it talks about our proposal on free transport for children under. 26 years.”

Beyond the young, it is the working class as a whole, which represents an important part of the electoral target of Karima Delli, who has withdrawn from political life. Friday morning, on the market in the Europe district of Saint-Quentin, the regional elections seem very far from the concerns.

Many locals do not have the election dates in mind and most of the people they cross do not know Karima Delli, who has made a habit of lowering her mask to show her face and point out that, yes, it is. her on the flyer.

“The politicians tell us all the same thing, but in the end, we never see anything that changes, regrets Marie-Line, a shopkeeper selling cheeses and sausages. And then you know the ecology … Their first concern, here, it’s about making ends meet, so the elections… “

How to be audible to these disillusioned citizens? The candidate for the “For the climate, for the job” list, once again, believes she has the miracle recipe. “You have to take the time to listen to people, she tells us while waiting for her TER. Why are they angry? Because their lives have changed. They no longer believe in promises, so you have to show them what ‘we have already been able to do as an elected official. I do it with my record in the European Parliament, but also with that of the local elected representatives on my list and who are in concrete action, like Catherine Quignon, mayor of Montdidier , where each inhabitant receives an energy check so that their purchasing power is strengthened. “

Karima Delli believes in it: she will foil the predictions. If it was able to unite the left in its region, why could it not also win the regions despite its lack of notoriety? “Xavier Bertrand is well known, but what has he done? We are in the region with the highest poverty rate in France, we have a life expectancy of three years lower than the national average and the rate unemployment is 31% among young people. I believe that the inhabitants want something new. ” Answer at the ballot box on June 20 and 27.

A fight between the President of the Republic and that of the Assembly in Somalia? Propaganda !

PSG wins the Champions Trophy at the expense of OM