launch of the electoral campaign in a climate of tension 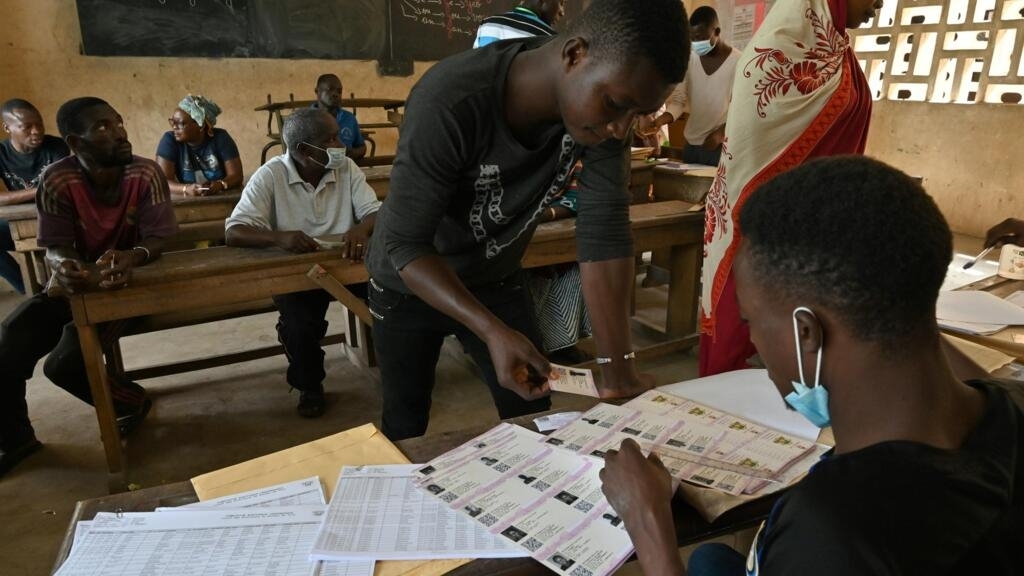 In Côte d’Ivoire, the electoral campaign for the October 31 presidential election began on Thursday in a tense context. The opposition castigates the candidacy of outgoing president, Alassane Ouattara, made possible by the approval of the Constitutional Council. A situation denounced by opponents.

The electoral campaign for the October 31 presidential election in Côte d’Ivoire opens Thursday. Outgoing president Alassane Ouattara is running for a controversial third term. He faces an opposition which called for “civil disobedience” and which leaves doubt on a boycott of the poll in a tense context, peppered with violence.

Many observers fear a pre-election or post-election crisis, ten years after that of 2010-2011 which left 3,000 dead and plunged the country into chaos.

“All the Ivorian opposition says NO, NO, NO! [au troisième mandat]”, could we read on the other hand on the podium of the Félix-Houphouët-Boigny stadium in Abidjan for the first major joint opposition meeting which brought together tens of thousands of people on Saturday.

The Ivorian Constitutional Council has in fact rejected 40 of the 44 candidacies, including those of two figures of Ivorian politics, the former president Laurent Gbagbo, on parole in Belgium after his acquittal at first instance by the International Criminal Court, and Guillaume Soro, former leader of the rebellion of the 2000s and ex-Prime Minister, who lives in France to escape legal proceedings against him in Côte d’Ivoire.

The opposition cries out for the “forfeiture” against the candidacy of Alassane Ouattara.

Elected in 2010, re-elected in 2015, Alassane Ouattara announced in March that he was giving up running for a third term, before changing his mind in August, after the death of his designated dolphin, Prime Minister Amadou Gon Coulibaly.

Ivorian law provides for a maximum of two terms, but the Constitutional Council estimated that with the new Constitution of 2016, Alassane Ouattara’s term counter was reset to zero, which the opposition fiercely contests.

During the campaign, President Ouattara will rely on his balance sheet which he says is “excellent”, with good macroeconomic indicators and a role of regional locomotive regained. The president has already started his campaign several weeks ago with “state visits, of a highly republican character” in the country where he went from inauguration to inauguration.

It promises a better distribution of growth for the poorest and in the most remote regions.

The opposition, which accuses the Independent Electoral Commission (CEI) and the Constitutional Council of bias, has been casting doubt on a boycott for weeks.

A call for “civil disobedience”

Former President Bédié called for “civil disobedience” while other opposition representatives withdrew from the CIS.

“We are going to an election of dupes,” said Assoa Adou, secretary general of the Ivorian Popular Front, GOR trend (Gbagbo or nothing). “This election will not be credible,” said the former Minister of Foreign Affairs Marcel Amon Tanoh, former faithful of Alassane Ouattara.

The participation of some 7.5 million voters in this country of 25 million inhabitants, the world’s largest cocoa producer, will be one of the keys to the election. Many observers fear strong abstention in a country where the median age is 18.7 years when the two main candidates have dominated the political scene for thirty years.

As a sign of general concern, the Community of West African States (ECOWAS), the African Union (AU) and the United Nations dispatched a mission to the site which expressed its “deep concern”, stressing that “hate speech with a sense of community has unfortunately entered the field of political competition”.

The conflict prevention organization International Crisis Group (ICG) advocates “a short postponement of the election” which “would offer a chance […] to settle the dispute which makes the organization of a peaceful and transparent election on October 31 unlikely “.