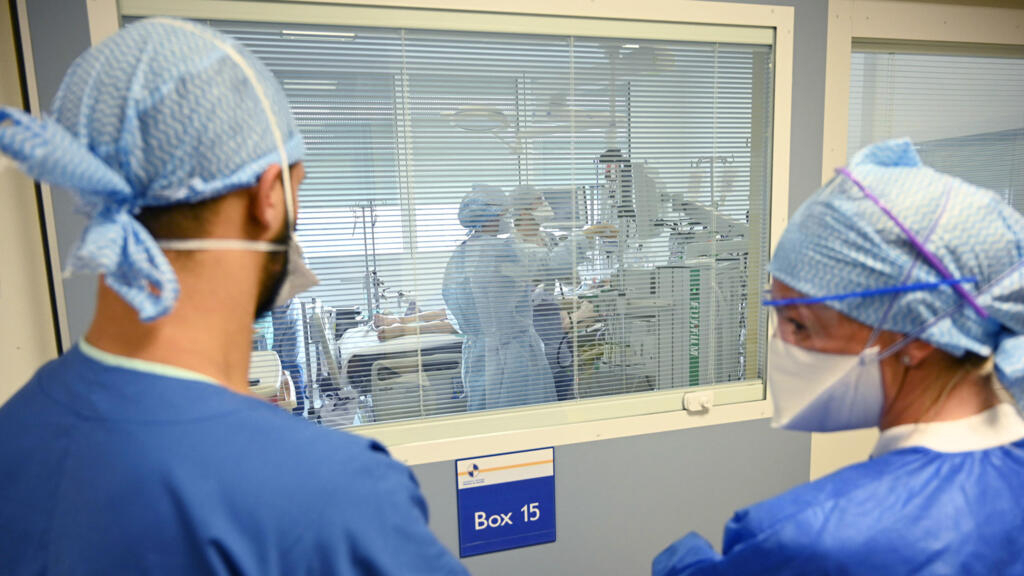 Two days from a new speech by Emmanuel Macron, the number of people treated in an intensive care unit after contamination with Covid-19 crossed the 1,500 mark on Monday, according to health authorities. In addition, 96 additional deaths were recorded in 24 hours.

The number of patients treated in intensive care in France crossed the 1,500 threshold on Monday, October 12, a first since May 27, show data published by health authorities.

France has also recorded 8,505 new cases of contamination in 24 hours, far from the records of the last few days, with nearly 27,000 cases recorded on Saturday. Monday’s figure is not representative, however, due to the closure of laboratories at weekends. The total number of cases of infection with the new coronavirus has thus stood at 743,779 since the start of the epidemic.

For the Prime Minister, the surge in new positive cases and the saturation that threatens hospitals, especially in Île-de-France where the occupancy rate of intensive care units exceeds 42%, impose “extremely clearly” the mobilization of everyone.

This morning, I solemnly ask the French for an act of solidarity: towards our most vulnerable compatriots, of course, but also towards our caregivers and all hospital staff.# 8h30FranceInfo pic.twitter.com/Nuz1h8y5y9

The President of the Republic is due to speak on this point at 7.55 p.m. Wednesday after a defense council devoted to examining the health situation.

Government spokesman Gabriel Attal has already said during the day that “there could be additional measures” to fight against the expansion of the coronavirus epidemic in the most affected cities, however refusing to say more for the moment.

“Yes, at some point, additional measures will have to be taken if the traffic that we are seeing in recent days is still confirmed and accelerating,” he explained on RTL, when asked about the cities where the virus is circulating very quickly, like Paris.

“Yes, there could be additional restrictions,” he repeated, in response to a question about a possible new turn of the screw for shops, bars and public places. “Now, I cannot make the announcements to you, it is not my role to make them,” added Gabriel Attal.

Hypnosis and its influence on championship winning athletes