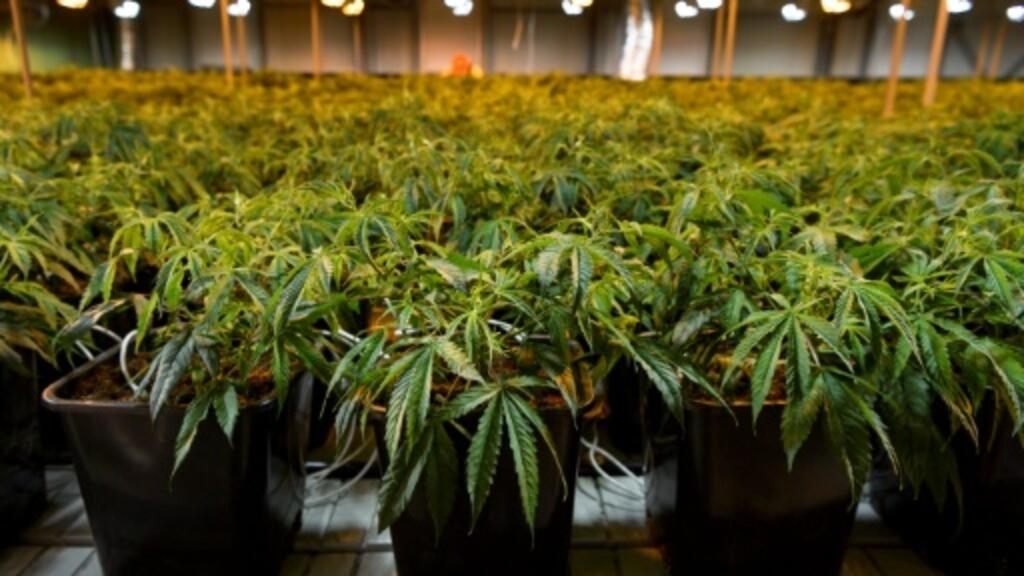 France may apply a most repressive policy on cannabis, it remains the largest consumer in Europe. Faced with such a failure and the fierce resistance of the administrations, some deputies want to move the lines and bring the political leaders to re-examine the French approach now out of step with that of many European countries. A citizen consultation has just been launched on their initiative.

More than 175,000 participants in 48 hours. Citizen consultation on recreational cannabis launched by the National Assembly on Wednesday, January 13, got off to a flying start. While the consultations put online by Parliament collect an average of 30,000 responses, the one on cannabis is on track to break records. The sign, according to its initiators, of an appetite of the population to debate a social subject long ignored by the political class, but indeed present in the daily life of the French.

This consultation, open until February 28, has two objectives: to better understand the perception that the French have of cannabis and to know their vision of the future of public policies on this subject. “Do you think that the current system makes it possible to fight effectively against trafficking?”, “Compared to alcohol consumption, in your opinion, the risks associated with the consumption of cannabis are equivalent, more serious or less serious?”, “Which of the following proposals would you be most favorable to in terms of cannabis?” : in total, a dozen questions which are not limited to the predefined answers, but also give citizens the opportunity to develop their point of view.

“With this questionnaire, we would like to expand the raw data usually collected by opinion polls”, explains to France 24 the deputy La République en Marche (LREM) from Loiret, Caroline Janvier, thematic rapporteur in charge of recreational cannabis within the parliamentary information mission which initiated the consultation. “And then this will perhaps also allow us to confirm our intuition on the fact that the vision of the political class on this subject is very late compared to that of the population”, she adds.

Cannabis: pronouncing this word in a political debate in fact most often provokes passionate reactions. There are those – few in number – who have been calling for its decriminalization for several years, or even its legalization. And there are the vast majority of politicians who cling to the most repressive legislation in Europe.

Two recent examples perfectly illustrate the tension of successive French governments in the face of the problem. When the Economic Analysis Council (CAE), an organization attached to Matignon, published in June 2019 a report noting “the failure of prohibition” in France and proposes the legalization of cannabis, the government reacts immediately. “I am against the legalization of cannabis, affirms the then Minister of Health, Agnès Buzyn. I am waging a fierce fight against smoking, not to suddenly legalize cannabis which has the same effects as cigarettes. “

And when the new Minister of the Interior, Gérald Darmanin, is questioned in September 2020 on the same subject, the latter loses his temper: “Drugs are shit, we are not going to legalize this shit.”

But behind the policy of numbers and strong speeches, France ranks first in Europe among consumer countries, with the highest rate of cannabis experimentation. Thus, in 2016, 41.4% of French people aged 15 to 64 had already consumed it at least once in their life when the European average stood at 18.9%, underlines the note of the CAE.

Aware of the French failure in the fight against cannabis trafficking, a handful of deputies are trying to change minds and put in place the conditions for a calm debate within the fact-finding mission at the origin of the citizen consultation on recreational cannabis. Set up in January 2020 and chaired by the deputy Les Républicains (LR) of Essonne, Robin Reda, this parliamentary mission has been working for a year on the regulation and impact of the different uses of cannabis in France – whether it is therapeutic cannabis, “wellness” cannabis or recreational cannabis.

“We cannot let such a subject be very present in society and not deal with it at the political level, believes Robin Reda, contacted by France 24. Unfortunately, politicians consider that there are always more urgent subjects than the cannabis, especially since, in their imagery, it is a problem that refers to the marginalized, to drug addicts, to a certain gap with normality. Except that no one can be satisfied with the current situation when our repressive policy is not working not.”

“Our first objective is to change the terms of the debate, adds MP Caroline Janvier. The issue of cannabis is not taken seriously. There is still a bit of irony on the faces of some colleagues. , when you see the amounts spent on the fight against cannabis trafficking – 568 million euros per year – there is nothing to smile about. “

Cannabis is indeed a serious subject, which brings together health, safety and economic issues. Too often reduced in debates to its recreational consumption, it also offers solutions in the field of health. More than thirty countries in the world have thus authorized a therapeutic use.

>> To read: France is also embarking on therapeutic cannabis

In France, an experiment was allowed thanks to an amendment made by Olivier Véran, at the end of 2019, when the current Minister of Health was still a Member of Parliament. But the implementing decree giving the final green light was only published in October 2020, after many weeks during which the administration slowed down the process as much as possible.

“Legalizing therapeutic cannabis in France is a way of the cross, deplores Robin Reda. We have seen the gap between the will of the legislator, fairly unanimous, to move forward, and the blockages within Ministries of Health and the Interior. The decree has finally been published, but I am convinced that in the operational phase, everything will be done to make it complicated and that the experiment affects as few people as possible. “

The challenge of creating a French production sector

The slowness of the implementation of this experiment terribly frustrates patients, but also cannabis producers who have bet on a future change in legislation. This allows the cultivation of the plant for the moment, provided that it does not contain more than 0.2% of tetrahydrocannabinol (THC), the psychoactive molecule of cannabis. In addition, only the exploitation of fiber and seeds is authorized. On the other hand, it is forbidden to cultivate and transform cannabis flowers, which includes cannabidiol (CBD), the other cannabis molecule which does not have a narcotic effect, but a “relaxing” effect, according to the addictologist Jean-Pierre Couteron, cited by Release. CBD forms the basis of so-called “well-being” cannabis products (food supplements, herbal teas, cosmetics, e-liquids, etc.).

“We recommend in our progress report on therapeutic cannabis the creation of a French production chain, explains Robin Reda. This would allow France not to be dependent on foreign producers, to certify the quality of products and for them. farmers to obtain an additional source of income. But the French approach is currently far too restrictive. “

>> To see: Legalization of recreational cannabis in Canada: what results?

Jouany Chatoux is one of the few producers to bet on the future of French cannabis. Breeder and organic farmer in the Creuse, he decided to take the plunge in 2018, investing 40,000 euros in his production and storage facilities. He estimates that its production could lead to at least the creation of 20 to 30 jobs and a turnover of 2 to 3 million euros.

“It has been two years now that I have been producing cannabis that I cannot sell,” he tells France 24. I am still waiting for a derogation to experiment with growing flowers and prepare for the future. opening of medical cannabis in France. The risk, if the government does not budge, is that the French sector will not be ready when the European Union imposes change. “

This is exactly the problem the wellness cannabis industry is currently facing. The Court of Justice of the European Union has forced France, in a decision rendered on November 19, 2020, to authorize the marketing of CBD products. On the other hand, since production is still prohibited on French territory, shops offering this type of product have no other solution than to obtain supplies from abroad.

“The status quo is not acceptable”

“The more we fall behind in the decision to evolve, the more we will put ourselves in a situation of dependence compared to other countries which have taken the step earlier, underlines Caroline Janvier. This is the case for cannabis’ well-being. ‘, but also with the experimentation on therapeutic cannabis where we will find ourselves having to import when French players could have done so. “

However, the information mission on the different uses of cannabis does not intend to be guided only by possible economic opportunities. Health risks, the importance of prevention, the consequences on illegal trafficking and security issues will also be taken into account.

>> To read: Cannabis consumption in France at an unprecedented level for 25 years

“We want the various options to be put on the table. There will be recommendations. Perhaps we will not all agree within the fact-finding mission, but in any case many of us think that the status quo is not acceptable, ”says Robin Reda.

The fact-finding mission will deliver its findings in April. Emmanuel Macron has already closed the door, during his interview with the online media Brut, to legalizing cannabis before the end of his five-year term. But the elements of the debate that will emerge from the report will be available to the political class and to citizens.

“In my mind, the work we are doing will be used for the 2022 presidential election, believes Caroline Janvier. I hope that there will be a ripple effect and that each candidate will take a position on the subject. It is time to leave aside the moral argument and the caricatures. “

the scientific community doubts in the absence of data

Emmanuel Macron understands that caricatures can “shock” but denounces violence