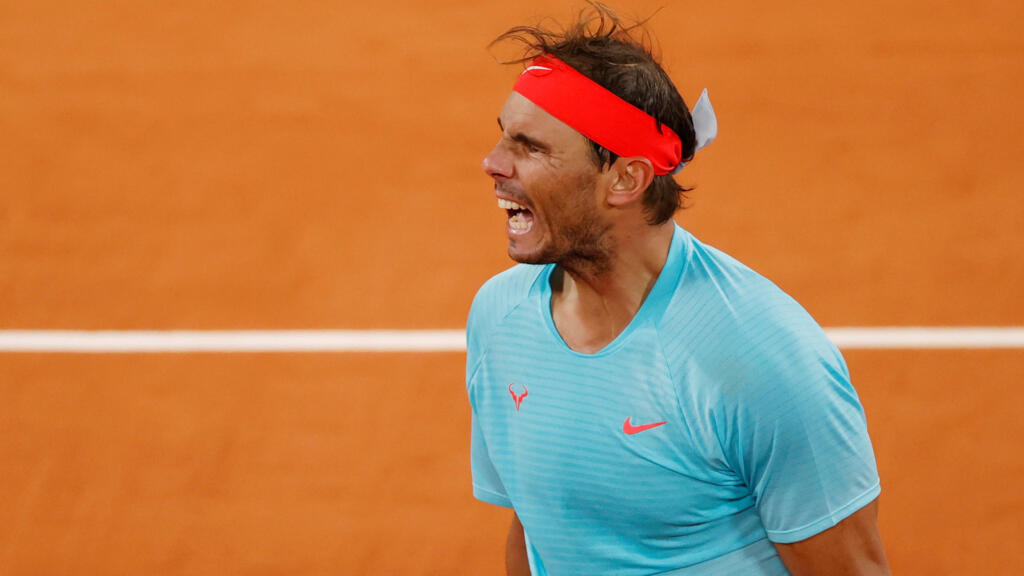 After the latest match in Roland Garros history, Spaniard Rafael Nadal qualified for the semi-finals of the tournament on the night of Tuesday to Wednesday by beating Italian Jannik Sinner . He will meet the Argentinian Diego Schwartzman, striker of Dominic Thiem.

Rafael Nadal, in search of a thirteenth historic coronation in Roland Garros, qualified for the semi-finals by containing the assaults of the young Italian Jannik Sinner (75th) in three sets 7-6 (7/4), 6-4, 6-1 on the night of Tuesday 6 to Wednesday 7 October.

The match ended at 1:25 a.m., making it the latest in the history of the Paris Grand Slam. Nadal will face the Argentinian Diego Schwartzman (14th), striker in five sets and more than five hours of world No.3 Dominic Thiem, for a place in the final.

Started after 10:30 p.m., this moonlit quarter-final, played in the cold and wind of an autumnal night, in front of a few dozen frozen spectators, was unlike any of the previous thirteen of “Rafa” on clay Parisian. “It is very late, thank you for staying despite the difficult conditions,” he said to the last courageous in the stands.

Impressive confidence and tenacity, for his very first Grand Slam quarter-final, at only 19, Sinner broke the first in the first two sets. To lead 6-5 in the first set, then 3-1 in the second. In both cases, Nadal immediately got back on track.

But the young Italian, even seeming to suffer from adductors, was never discouraged and forced the Mallorcan to fight more than 1 hour 15 minutes in the first round, and almost an hour more in the second, before flexing sharply. . “Rafa” finally won after almost three hours of play.

“It was very hard during two sets, and especially at the end of the first. The conditions were difficult, he was hitting very hard and with the cold, the balls take less lift, so I had trouble overflowing him”, explained the world number 2. Nadal played on this occasion his hundredth match at Roland Garros, he pocketed his 98th victory.

If he had to fight against Sinner, the 34-year-old Spaniard nevertheless rallied the last four without having let slip a single set. This is the thirteenth time, in sixteen participations in the Parisian Grand Slam, that he has reached the semi-finals. In total, this is his 34th major semi-final. If he were crowned once more on Paris clay on Sunday, Nadal would equal the record of twenty major crowns set by Roger Federer.

By reaching the quarter-finals, Sinner had become the first player to reach this stage of the tournament in his first participation since Nadal in 2005. Before coming up against the Mallorcan, he had offered two top 20 players, David Goffin (13th) in the first round and Alexander Zverev (7th) in the round of 16.

Diego Maradona: the twilight of a god

the city of Port Elizabeth is now called Gqeberha