new containment in California, start of vaccination in the United Kingdom 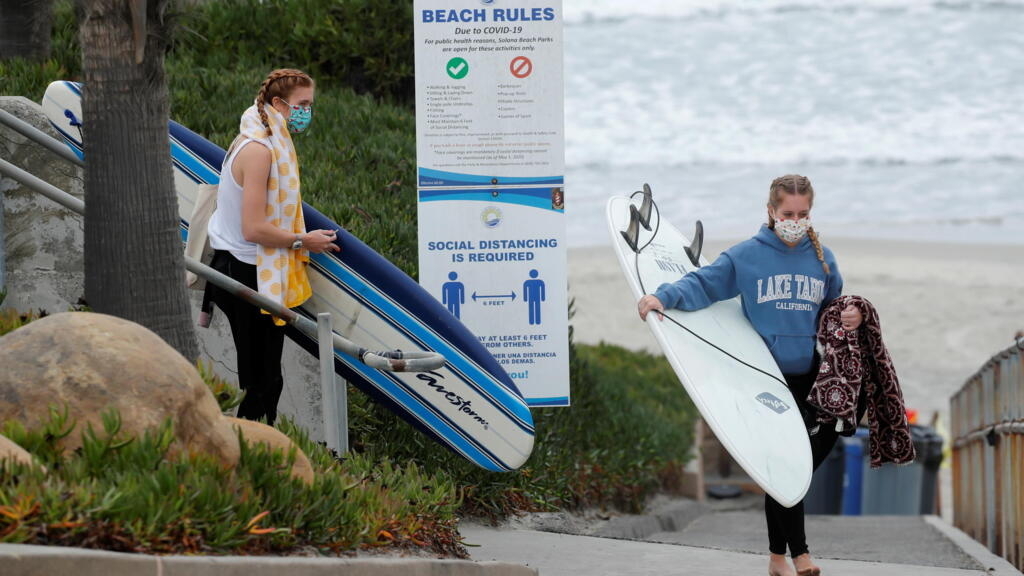 Faced with the progression of the pandemic in the United States, 20 million Californians re-confined themselves on Monday. The attorney general of that state, Xavier Becerra, is expected to take the head of the US Department of Health in the future Biden administration. For its part, the United Kingdom is preparing to launch a massive vaccination campaign against Covid-19 on Tuesday, the first in the West.

Like the rest of the United States, the country most affected by the coronavirus pandemic with more than 283,000 deaths for nearly 15 million recorded cases, California is facing a third rebound in the epidemic. The south of the state has therefore been the subject since Monday, December 7 of new containment measures affecting some 20 million inhabitants.

“We are at a critical moment in our fight against the virus and we must take decisive action now to prevent the California hospital system from being overwhelmed,” said Gavin Newsom, the Democratic governor of this state where 85% beds in intensive care units are occupied.

Outgoing President Donald Trump announced Monday that his personal lawyer Rudy Giuliani, the latest of many in the President’s inner circle to be stricken with the virus, was “very well” and had “no temperature” after having been hospitalized in Washington. Rudy Giuliani, 76, tested positive after traveling the United States for a month, without a mask, to challenge Democrat Joe Biden’s victory in the November 3 presidential election.

“Putting the pandemic under control”

The latter announced Monday several appointments for his future team in charge of health, which he said will face “one of the biggest challenges America has faced: bringing the pandemic under control”.

California Attorney General Xavier Becerra should take the head of the US Department of Health, while Joe Biden confirms that he wants to make the highly respected director of the Institute of Infectious Diseases Anthony Fauci, already a member of the team in charge of health crisis at the White House under the Trump administration, its senior advisor on the pandemic.

The spread of Covid-19 continues to accelerate: since November 24, more than 10,000 deaths have been recorded on average every day on the planet (with the exception of Sunday, but the results are generally lower on weekends ). In total, the pandemic has killed at least 1,539,649 people around the world and infected more than 67 million people.

In Italy, where the barrier of 60,000 deaths linked to Covid-19 was crossed on Sunday, Interior Minister Luciana Lamorgese learned on Monday that she had tested positive, in the middle of a meeting of ministers, including two, in addition to her, therefore had to be placed in solitary confinement.

“A marathon, not a sprint”

In the UK, the first doses of the vaccine will begin to be administered on Tuesday, but the majority of the UK population will have to wait until 2021, with priority given to residents and staff of nursing homes, followed by caregivers and those over 80. . The distribution of the vaccine will be “a marathon and not a sprint”, according to the medical director of the public health service (NHS), Stephen Powis.

The United Kingdom (at least 61,245 dead) was the first to give the green light to the vaccine from the Pfizer / BioNTech alliance. The European Medicines Agency is expected to issue an opinion on this vaccine by the end of December. The upcoming campaign is crucial for the government of British Prime Minister Boris Johnson, which has been much criticized for its handling of the pandemic.

Belgium, France and Spain are planning vaccination campaigns in January, starting with the most vulnerable people.

On Saturday, Russia began administering its “Sputnik V” to social workers, medical personnel and teachers in Moscow. This Russian vaccine is however still in the third and final phase of clinical trials.

A situation “too worrying”

Fifty-one vaccine candidates are currently being tested in humans, with 13 in the final phase of testing, according to the World Health Organization (WHO), which said on Monday that vaccination should not be made compulsory, except in specific professional circumstances.

Indonesia, which had launched in August a campaign of tests with the vaccine of the Chinese group Sinovac, on 1,660 volunteers, received Sunday evening a first delivery of 1.2 million doses, arrived by plane from Beijing.

Denmark, faced with an outbreak of cases, will close colleges, high schools, bars, cafes and restaurants in 38 municipalities, including Copenhagen. “The situation is too worrying,” Prime Minister Mette Frederiksen said on Monday.

In Greece, the government announced on Monday the extension until January 7 of the main containment measures, including the closure of schools, restaurants, sports halls and ski resorts. Again, vaccination is scheduled for January. Conversely, the Austrian government lifted the drastic confinement introduced in mid-November on Monday.