new record in Brazil with more than 4,000 deaths in one day 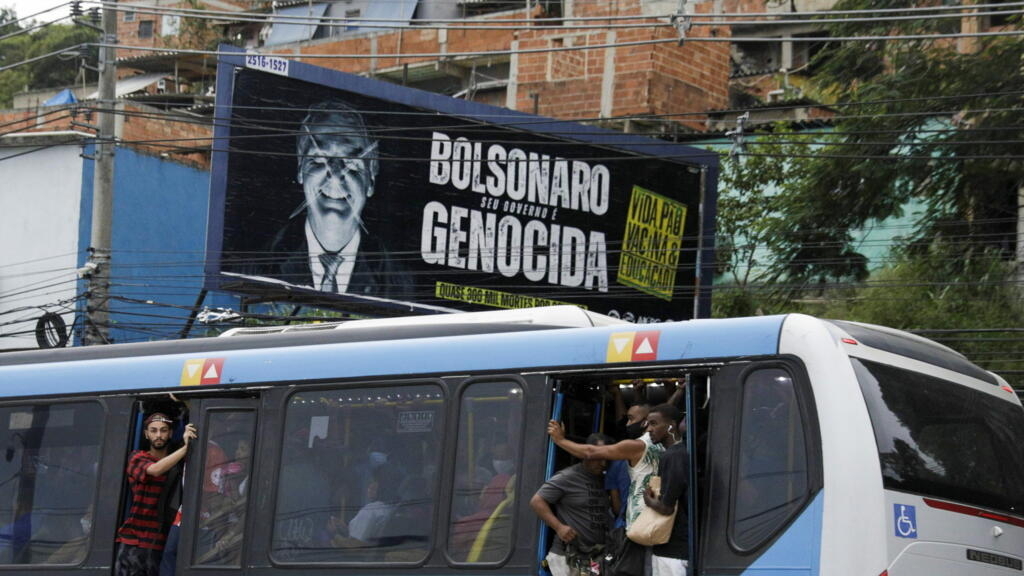 Brazil continues to sink into the health crisis with the threshold of 4,000 daily deaths from the coronavirus crossed on Tuesday. As hospitals are saturated and the vaccination campaign slowly progresses, far-right President Jair Bolsonaro continues to question restrictions imposed by mayors and state governors.

The Brazil broke for the first time Tuesday, April 6 the threshold of 4,000 deaths from Covid-19 in a single day, with 4,195 deaths recorded in 24 hours, a new record, according to the latest official report from the Ministry of Health.

The country of 212 million people is the second most bereaved in the world in absolute numbers, after the United States, with a total of 336,947 deaths. Brazil is also the second largest in the world in terms of contamination, with 13,100,580 confirmed cases, 86,979 in the last 24 hours.

The pandemic seems totally out of control in the largest country in Latin America, where disastrous records have been broken day after day for several weeks. In just six days, more than 15,000 deaths were recorded in April in Brazil, with 2,757 deaths per day on average. Specialists fear a massacre even worse than that of March, when 66,000 lives were cut short by the virus, almost double that of July, the worst month of last year.

Hospitals are overcrowded in most areas. In Sao Paulo, the most populous city and the economic capital of the country, buses usually reserved for school transport began to be used to transport corpses. The cemeteries there are so overwhelmed that burials take place at night to cope with the continuous influx of new bodies to be buried.

Despite this catastrophic health situation, far-right President Jair Bolsonaro, widely criticized for his chaotic management of the pandemic, continues to question the restrictions imposed by mayors and state governors. In the absence of real coordination at the national level, each city and each state ends up taking often insufficient and sometimes contradictory measures.

At the same time, the vaccination, which started late, in mid-January, is continuing at a pace considered too slow by specialists. To date, nearly 20 million people have received the first dose, or 9.8% of the population, and 5.8 million the second (2.7%).