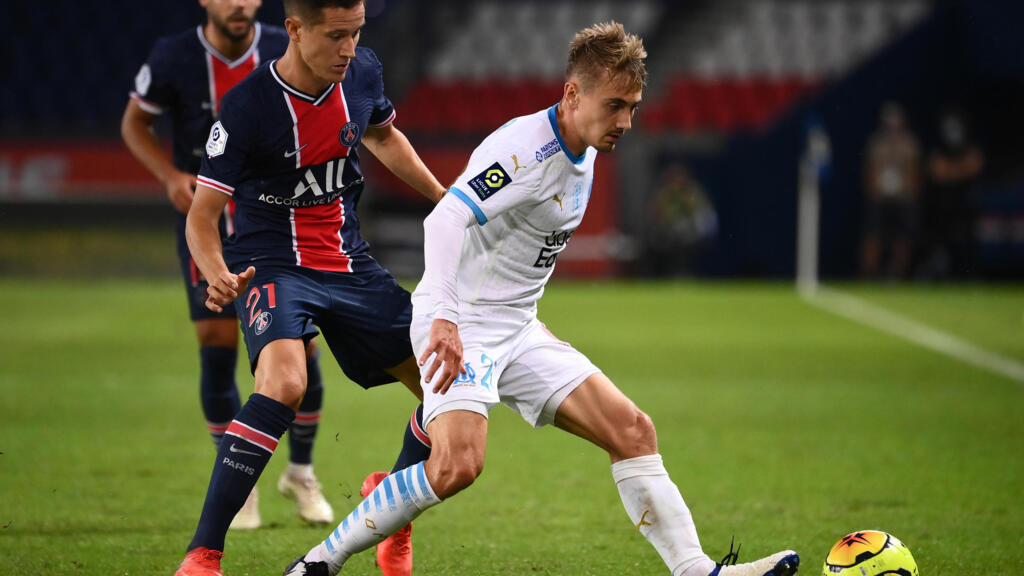 The Marseillais held the shock Sunday against the Parisians and returned to victory at the Parc des Princes, thanks to a goal from striker Florian Thauvin. Strongly reduced, PSG recorded its second defeat of the season.

OM held the shock (1-0), Sunday, September 13, against a PSG in difficulty, during this third day of Ligue 1 at the Parc des Princes in Paris. This Classico has a very special flavor for the Marseillais, since the club signs its first victory against the Parisians since … 2011 at the Vélodrome.

Forward Florian Thauvin offered the victory to his team, scoring in the thirtieth minute, on a free kick from Dimitri Payet. The electric meeting ended with five exclusions, two Marseille sides and three Parisian side, including Neymar.

Marseille presented itself in this Classico with more sporting certainties, especially since it won its first meeting in the French championship (3 to 2 against Brest on August 30) when his Parisian opponent bowed for his return to Ligue 1 (1-0 against Lens on September 10).

>> To read also: Ligue 1: a PSG-OM in Covid format, but a Classico all the same

With an ongoing series of 17 wins in 20 matches in all competitions against OM, the capital club hoped to continue its domination over its Marseille rival until the end. In vain. Paris SG coach Thomas Tuchel had yet chosen to align his Brazilian superstar Neymar from the start, who resumed training on Friday after recovering from Covid-19.

Clubs weakened by the Covid-19

As a reminder, since the beginning of September the PSG has seen seven of its executives tested positive: Neymar, Angel Di Maria, Keylor Navas, Leandro Paredes, Mauro Icardi, Marquinhos and Kylian Mbappé.

OM was also not spared by the virus in August, having even had to postpone his first game of the season against AS Saint-Étienne due to several players who tested positive, but the Marseille club have since recovered their strength.

In addition to the sporting and health situation of this Classico, this Sunday’s PSG-OM was also punctuated by a few passes between the two clubs which are the folklore of this Ligue 1 summit.

Dimitri Payet lit the first fuse on August 23 … After the defeat of PSG against Bayern Munich in the Champions League final. The Olympian midfielder posted a GIF on Twitter recalling that only his club had a European star above its emblem. “It’s fair game between two rival clubs”, justified the player in a press conference, Friday.

in Africa, a controlled Covid-19 pandemic?