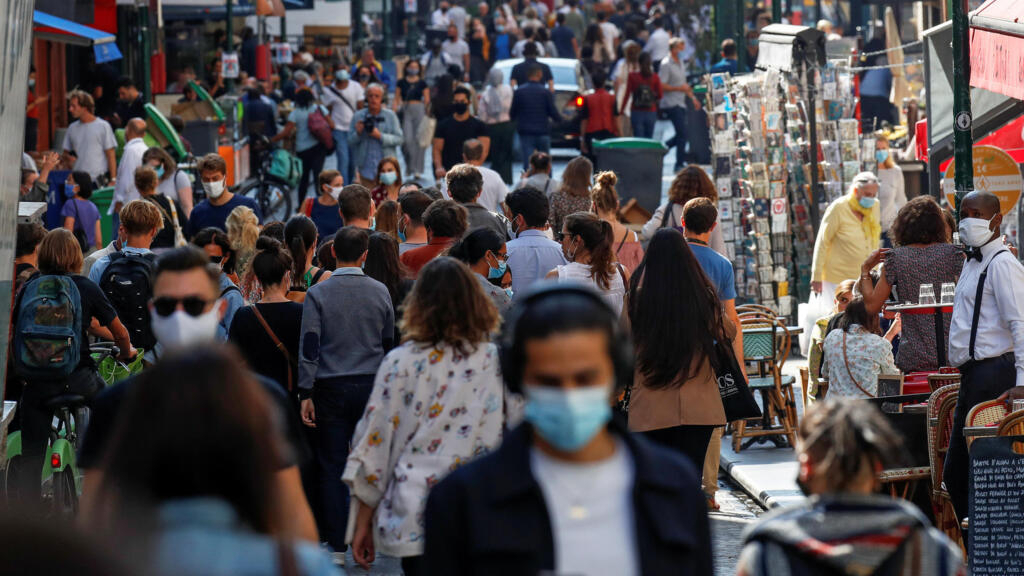 Faced with an upsurge in cases of contamination, the government should announce on Sunday the closure of bars in Paris next week. Restaurants still hope to escape it with new sanitary measures.

New restrictions in sight in the capital. Faced with the progression of the Covid-19 epidemic, the government should announce, on the evening of Sunday, October 4, the closure of bars in Paris next week. Restaurants still hope to escape it thanks to a reinforced health protocol.

The latest data from the Regional Health Agency (ARS) communicated on Friday leaves little hope. The day before, the Minister of Health, Olivier Véran, had granted a “reprieve” to Parisian cafetiers before placing Paris and its inner suburbs on “maximum alert”, where Aix is ​​already located.Marseilles and Guadeloupe.

>> To read also: In Marseille, cafes and restaurants have closed shop, angry professionals

However, since then, the indicators have not improved. The incidence rate still exceeded, Friday, the bar of 250 per 100,000 inhabitants in Paris – one of the three criteria for switching to the maximum alert zone – standing at 264 against 261 Thursday. The occupancy rate of intensive care beds for patients with Covid-19 amounted to 34.8% in Île-de-France, above the maximum alert threshold of 30%.

As for the third criterion, the incidence rate among people over 65, it also exceeded the critical threshold of 100. “I see no reason for denial. The figures are there, they weigh heavily”, commented Aurélien Rousseau, Director General of the Île-de-France ARS, Sunday morning on Twitter.

This long epidemic can create exhaustion or anger. But I see no reason for the denial. The figures are there, they weigh heavily. To say them, to say for example the pressure on the hospital, is not to try to make anyone feel guilty. It is to empower everyone

Therefore, within the executive, little is known about the intention to close the bars, already forced for a week to lower the curtain at 10 p.m. in the capital. “This is not acted since there is still work, discussion,” said the mayor of Paris, Anne Hidalgo, Sunday, in the Grand Jury RTL / LCI / Le Figaro, while acknowledging that the health situation was “very serious”.

If the worsening were to be confirmed, “we would have no other choice but to place Paris and the inner suburbs on maximum alert from Monday,” Olivier Véran said on Thursday, before declining the consequences: ” no more family celebrations, no more parties and the total closure of the bars “.

According to an Elabe poll for BFMTV on Sunday, 61% of Ile-de-France residents would be in favor of the complete closure of bars in Paris and in the inner suburbs. Restaurants are still hoping to escape this fate after proposing reinforced health control – taking the temperature of customers at the entrance, collecting their contact details and limiting groups of diners to eight – on which the High Council of Public Health must to express oneself.

The government has hinted that it will follow the advice of the court. If it validates the protocol, restaurants can therefore remain “all or part” open, even in “maximum alert” areas, and therefore reopen in Aix-Marseille.

Regarding the bars, the Parisian elected officials indicated that they would comply with any closure decision, which seems to exclude a sling wind like the one that had blown in Marseille last week.

Other cities soon in the red alert zone?

The mayor of Paris announced that she would take stock on Monday at 11:30 am with the prefect of police, the prefect of the Île-de-France region and the rector to present “additional measures”. If Paris is on the front line, other large cities, such as Lille, Lyon, Grenoble, Toulouse and Saint-Étienne could also soon switch to the red alert zone and be affected by the closures of bars.

For the sector, it is yet another hard blow. According to the main employers’ organization, Umih, around 15% of the 220,000 businesses in the sector – cafes, bars, hotels, restaurants, brasseries, nightclubs – could go out of business in the coming months in France, and 220 to 250,000 employees could find themselves unemployed.