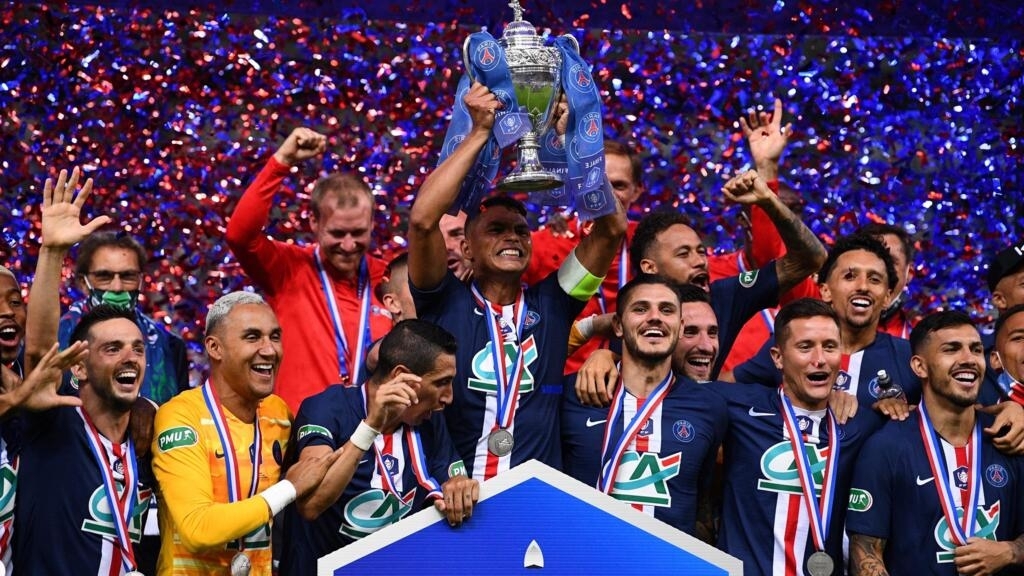 The Parisians snatched the 1-0 victory against the Stéphanois on Friday, in this first official match played in the country since March 10. An expected meeting, which was held in an almost empty Stade de France. This is the thirteenth time that PSG have won this competition.

A recovery to say the least expected. After an aborted season due to the pandemic of Covid-19, PSG and Saint-Étienne fought for the first official meeting in France since March 10. The Parisians have once again crushed national competition, by 1 goal to 0 against the Greens.

For this first final of the summer, the Parisian coach Thomas Tuchel had chosen to rely on the experience of Thiago Silva, to the detriment of Presnel Kimpembe, in central hinge, in his eleven holder. He also preferred Leandro Paredes to Marco Verratti in the middle.

This match did not go smoothly for PSG, however. Kylian Mbappé, the star striker, came out on injury in the first half after a violent tackle from the Stéphanois captain, Loïc Perrin, excluded for this gesture after resorting to video arbitration (VAR). Hit in the right ankle, the French world champion limped out of the field. Bad news for PSG, three weeks before the Champions League quarter-final against Atalanta Bergamo.

Sanitary protocol requires, the meeting was held in an almost empty Stade de France, since only 5,000 people could enter. The presence of the President of the Republic, Emmanuel Macron, was one of the rare landmarks to have resisted around this event, the usual conclusion of a season which, today, opens a new one.

A minute of applause was observed in tribute to the victims of Covid-19 and “to the everyday heroes who found themselves on the front line”, announced the French Football Federation (FFF).

The team of Neymar and Kylian Mbappé had approached this final as a big favorite, after a smooth preparation. During their three preparation matches, the PSG players had already largely dominated their subject. After sweeping Le Havre (Ligue 2) with a score of 9 to 0, then the Belgians of the second division of Waasland-Beveren (7 to 0), they also defeated Celtic Glasgow (4-0) on Tuesday, making thus full of confidence.

For the 103e edition since the creation in 1917 of the Coupe de France, this is the thirteenth time that PSG has won the competition which brings together all the clubs affiliated to the FFF. Retaining its first place as the club having won the trophy the most, ahead of Olympique de Marseille (10 times), Saint-Étienne and LOSC (6 times).