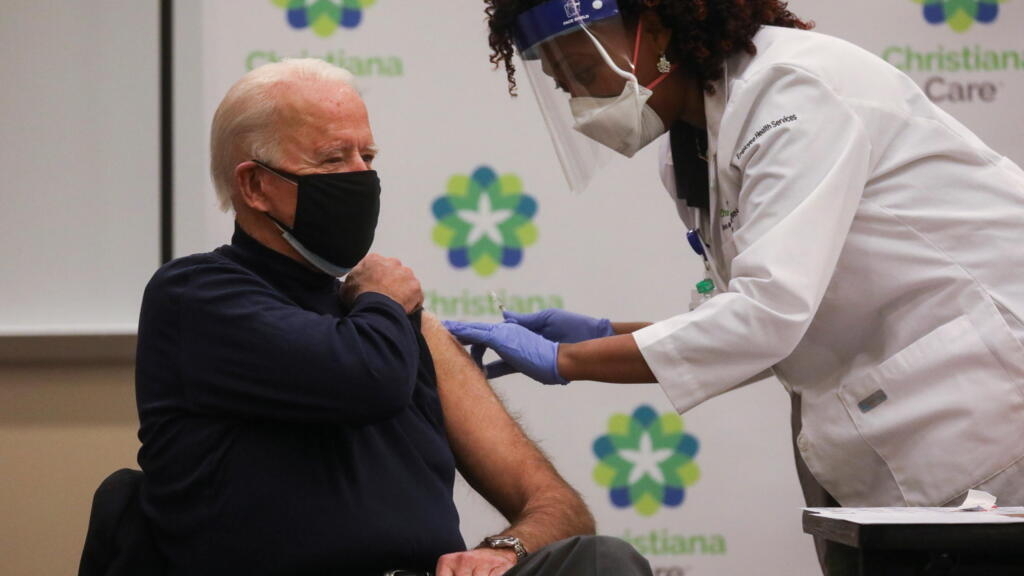 Future President of the United States Joe Biden, 78, received the first dose of a vaccine against Covid-19 on Monday. The injection took place live in front of television cameras, a way of convincing Americans to participate in this unprecedented vaccination campaign while the country is the most bereaved in the world by the Covid-19, with more than 318,000 death.

Injection of the Pfizer vaccine, the first of two remedies already authorized in the United States, took place in a hospital in Newark, Delaware. Future U.S. First Lady Jill Biden also received the first dose of the vaccine on Monday, according to the transition team.

“I am doing this to show that people must be ready to be administered the vaccine when it is available, there is nothing to worry about,” said the future president immediately after the injection.

He thanked “the scientists and the people who made this possible” as well as “the frontline workers”. “Real heroes”, he said, while also paying tribute, once is not custom, to the outgoing administration of Donald Trump for his contribution in the development of vaccines.

Future vice-president Kamala Harris will be vaccinated next week, the transition team said on Friday.

Priority to the fight against the pandemic

Joe Biden will be the oldest American president in history when he takes office on January 20. By then he should have received the second dose of the vaccine needed to grant immunity.

The Democrat, who has shown during his campaign and since his election in November a strict respect for health rules, has promised to make the fight against the pandemic his first priority, with an unprecedented vaccination campaign but also the vigorous defense of the port of the mask.

Past Vice President Mike Pence was vaccinated on Friday, also in public, along with several senior leaders in the US Congress. On the other hand, Donald Trump, in office until January 20, has not yet announced a date for his vaccination.

The outgoing president had the Covid-19 in early October, and had to be hospitalized for three days. Since then, he has said on several occasions that he considers himself “immune”, although he has assured that he will be vaccinated when the time comes.

The Republican millionaire is criticized for playing down the pandemic and for having remained largely silent in recent weeks about the coronavirus toll in the United States, which continues to break sad records. The country is the most bereaved in the world by the Covid-19, with more than 318,000 deaths.