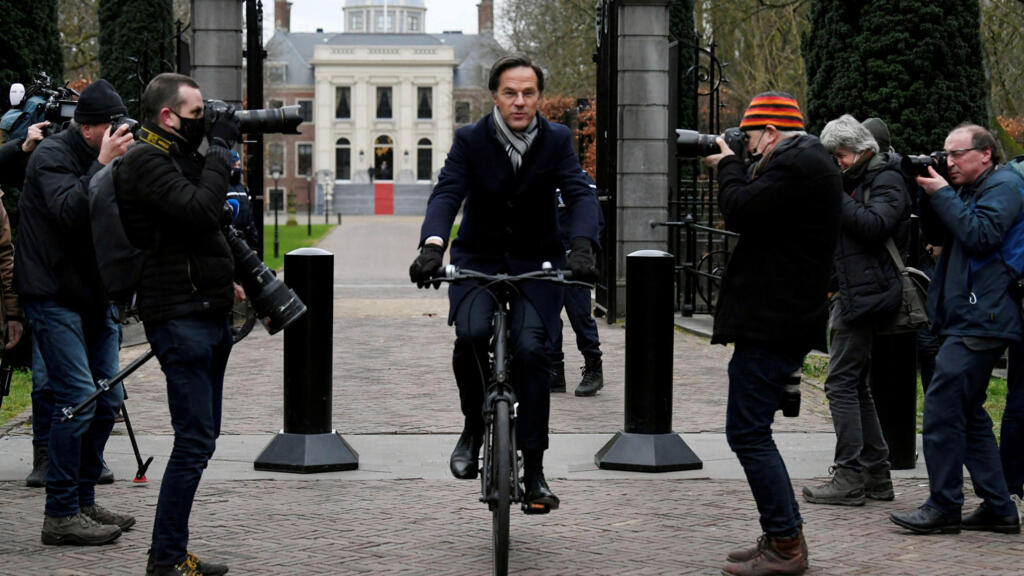 Dutch Prime Minister Mark Rutte is expected to be able to lead his fourth governing coalition in the Netherlands after winning the parliamentary elections, according to exit polls updated on Wednesday evening.

The outgoing Dutch Prime Minister Mark Rutte, in power since 2010, should be able to re-stack for a fourth term. His party indeed came out on top in the legislative elections on Wednesday March 17, according to exit polls.

These polls, updated at 9.45 p.m. (8.45 p.m. GMT), credited the Liberals with 36 seats out of 150 in the lower house of parliament, against 33 in the outgoing assembly, and allocated 27 seats to D66 (center left) and 17 to the Party for the PVV freedom of the anti-Islam deputy Geert Wilders, with whom the main parties have already ruled out forming a coalition.

They would all three be followed by the CDA (Christian Democrats) of Minister of Finance Wopke Hoekstra, with 14 seats, the PvdA (social democrats) with its 9 seats, and the environmentalists of Groenlinks and the radical left of the SP tied with 8 seats each.

The party of populist Thierry Baudet, the Forum for Democracy, would do good business by also winning 8 seats, against 2 currently.

These legislative measures had been adapted because of the Covid-19, in particular by taking place over three days, and they were considered as a test of the management of the epidemic by the current government.

The ballot boxes were in unusual places such as the Van Gogh Museum in Amsterdam, hotels, train stations, churches and testing centers all over the Netherlands, where you could sometimes vote by bike or car. .

“The campaign is different from what it was compared to the other elections and it is really focused on what is happening now,” said Twan Compen, a 37-year-old voter.

Whatever happens, the Prime Minister, in power since 2010, remains “a little untouchable”, noted another voter, Erik Spruijt, 35, after a campaign “less intense than in previous years”.

Mr. Rutte had said himself “cautiously” optimistic before going to vote in a school in The Hague.

His People’s Party for Freedom and Democracy (VVD) led the polls by a wide margin.

“I am proud of what we have achieved over the past 10 years in the Netherlands,” one of the best performing economies in Europe, Mr Rutte told reporters before voting.

“The main question in these elections is who can best lead this country through the coronavirus crisis,” he added.

A record 37 parties contested for 150 seats in the lower house of parliament, in a fragmented political landscape that forces complex coalitions.

Mr. Rutte ruled out any coalition with Geert Wilders “because of what he said about Islam and the Koran”. One of the parties in the current coalition, Finance Minister Wopke Hoekstra’s Christian Democratic Appeal (CDA), would again be a “natural partner” for the Prime Minister.

The anti-Islam MP insisted that his party be invited to the negotiating table during the formation of a government coalition after the election.

Nicknamed the Prime Minister “Teflon” for his ability to emerge unscathed from political crises, Mark Rutte was nevertheless forced to resign in January after thousands of parents were wrongly accused of fraud in family allowances.

His government, however, remained in place to take care of day-to-day business.

"The passions are not extinguished"

the hostage Soumaïla Cissé, leader of the opposition, released

France extends quarantine to travelers from seven countries, including Turkey

In Brazil, the Amazon burns with general indifference