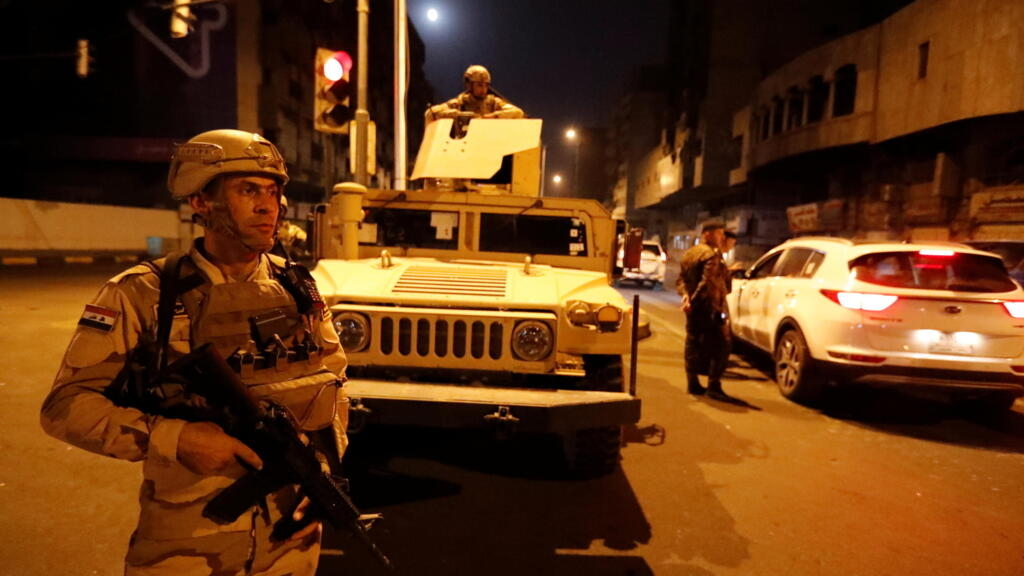 Tensions rose a notch in Iraq on Wednesday after the arrest of a senior official of a pro-Iran organization suspected of having ordered the assassination of pro-democracy activist Ehab al-Ouazni.

A senior official of Hachd al-Chaabi, a pro-Iran paramilitary coalition integrated into the Iraqi state, was arrested on Wednesday May 25 on suspicion of having ordered the assassination at the beginning of the month of coordinator of anti-power demonstrations in Kerbala, a security source told AFP. According to AP, the Iraqi military confirmed the information in a statement that the suspect was being questioned.

The spokesman and other sources within the Hachd, however, assured in the evening that the person in charge had been released, which was not confirmed from a government source.

“The intelligence services of the police arrested at dawn in Baghdad Qassem Muslah, head of operations of Hachd al-Chaabi in the region of Anbar (south) who had given the order to assassinate Ehab al-Ouazni, May 9, and another activist, Fahim al-Taïe, in December 2019, “the security source had earlier assured.

Ehab al-Ouazni had denounced armed groups and Iran’s stranglehold on his country for several years. He was shot dead outside his home in Kerbala, in the south of the country.

This murder sent shock waves through Iraq. Since the start of the unprecedented popular uprising in October 2019, more than 70 activists have been victims of assassinations or attempted assassinations, while dozens of others have been kidnapped briefly.

While no one is claiming responsibility for these attacks, pro-democracy activists are convinced that the killers are known to the security services but are not in prison – despite government promises – for fear of Iran, the powerful neighbor operating in Iraq.

Immediately after the arrest of Qassem Muslah, the security forces closed the “green zone” of the capital, an ultra-protected area where there are important ministries, Western embassies and where senior Iraqi officials live, said an official. safe source.

Hachd al-Chaabi issued a threatening statement promising that Qassem Muslah “would be released within hours”. Its militiamen, armed with their armored vehicles, took up position on “the July 14 bridge”, one of the main entrances to the “green zone”, witnesses said.

The UN representative in Iraq, Jeanine Hennis-Plasschaert, severely criticized this show of force which “weakens the Iraqi state and erodes the confidence of the population. The institutions of the state must be respected and no one is above the law. “

On Tuesday, several thousand people demonstrated in Baghdad in memory of recently murdered pro-democracy activists, before the outbreak of clashes in which two demonstrators were killed.

With AFP and AP

Spain crosses the million case mark, a first in Europe

Disappearance of historian Marc Ferro, a great specialist in Russia and cinema