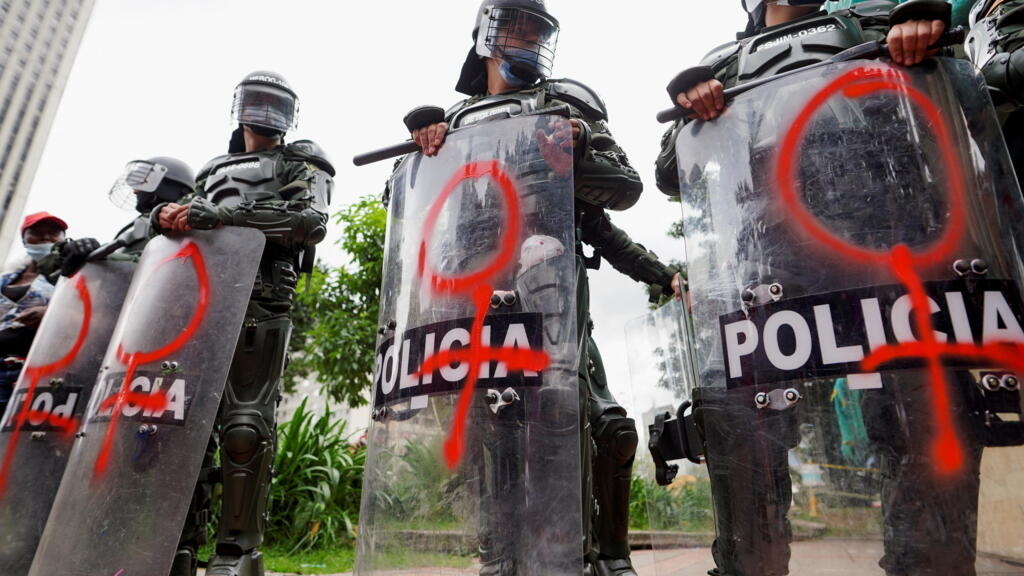 In reaction to the suicide on Thursday of a young girl who had been picked up and assaulted by police officers, violent clashes between demonstrators and the police took place in Popayán, in southern Colombia.

Demonstrations against police repression in Colombia erupted with violence in Popayán, in the southwest of the country, where a 17-year-old girl committed suicide after being forcibly picked up and assaulted by police officers.

An AFP journalist on Friday noted unrest and violent clashes between demonstrators and security forces in this city, without there being yet an official death toll or damage.

The violence took place on Wednesday evening when a minor was forcibly taken to the prosecutor’s office by police who dispersed a demonstration against the government. In a video that has gone viral, the young girl can be seen screaming as they immobilize her feet and hands and take her away.

According to the Human Rights and Guarantees Commission, which accompanies the protests against the government, the minor said she was beaten and touched. The girl committed suicide Thursday at her home.

The Defender of Rights (ombudsman), Carlos Camargo, said on Saturday that in Popayan there had been “very serious excesses and abuses by the police, including acts of sexual assault (…) acts of terrorism against forensic medicine facilities and the Attorney General’s office with the destruction of evidence and court records, theft of seized drugs, blockades and violence of all kinds “.

The police, who denied the abuses, announced the suspension of four police officers involved in the affair.

The building of the prosecutor’s office where the girl was being held was set on fire on Friday. A group of demonstrators also gathered in front of the Popayán police headquarters to protest the attack.

The attorney general’s office, which oversees civil servants in Colombia, has launched an investigation to determine the responsibility of the police officers involved in the case.

The interior and defense ministers arrived in Popayán on Saturday at the request of President Iván Duque, who charged them with “reestablishing public order in the city”.

A total of 42 people were killed, including 41 civilians and a member of the security forces, during the clashes that have punctuated the demonstrations that Colombia has been experiencing since April 28, according to the Defender of the People, a public protection body. human rights office of the ombudsperson. There have been more than 1,500 injured among civilians and police, according to the Defense Ministry.

Chelsea and Thomas Tuchel beaten in final by Leicester 1-0

At least 23 dead in hospital fire for Covid-19 patients

the army would have “liberated” the west of Tigray, according to the Prime Minister Abiy Ahmed