Quartararo’s victory at the Spanish Grand Prix, the first by a Frenchman since 1999 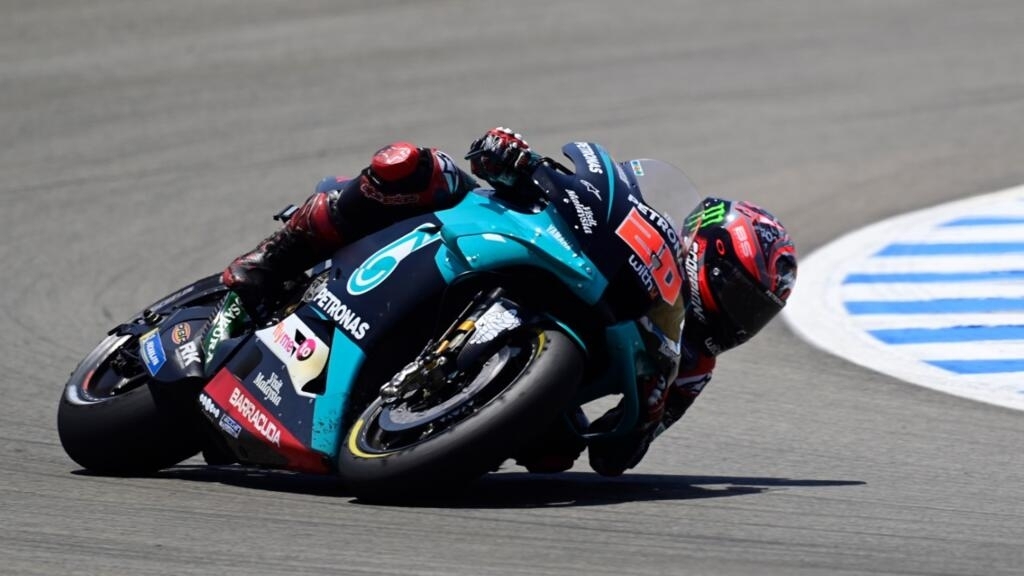 Frenchman Fabio Quartararo won the MotoGP Spanish Grand Prix on Sunday, giving France a first victory in this discipline since that of Régis Laconi in 1999. Marc Marquez, the six-time Spanish world champion fell heavily and is in pain a fracture of the right humerus.

Fabio Quartararo won the MotoGP Spanish Grand Prix on Sunday 19 July, his first success in the premier category of motorcycle sport and the first victory for a French rider since Régis Laconi in 1999.

The Niçois beat the Spaniard Maverick Vinales, also on Yamaha, at the end of a spectacular race marked by a fantastic comeback by the six-time Spanish world champion Marc Marquez (Honda) who ended up falling heavily. According to his stable, he suffers from a fractured right humerus. He was taken to the Barcelona hospital for surgery.

“P …, it’s the best day of my life,” exclaimed Quartararo after the finish.

He is, at 21, is the 4e French pilot to win an event in the premier category after George Monneret in 1954, Christian Sarron in 1985 and therefore Régis Laconi in 1999.

Starting from pole position, Quartararo had to give up ground in the first laps of the race, especially against Marquez and Vinales. But a mistake from Marquez, who got out in the gravel, then one from Vinales allowed him to take the lead and never leave it until the finish.

Marquez then started a fantastic comeback that brought him back from the 18e to the 3e place before committing another mistake and falling after an impressive caper from which he got up visibly very sore.

The Spanish GP was the first round of the 2020 MotoGP World Championship, the start of which was delayed for several months by the coronavirus epidemic.

A minute of silence was observed before the start of the race for the victims of this disease to which Quartararo also paid tribute after his victory.