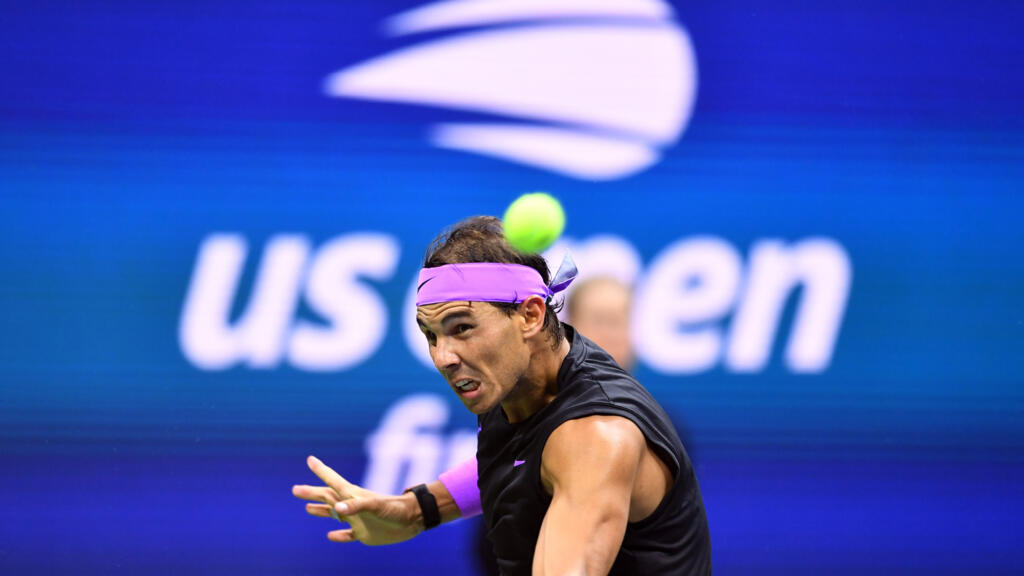 World number 2 Rafael Nadal said on Tuesday that he would not participate in the US Grand Slam tournament, which starts on August 31, due to uncertain sanitary conditions. The Spaniard also denounces the “madness” of the new ATP calendar.

The 2020 US Open will have to do without its defending champion. Rafael Nadal, world number 2, announced Tuesday, August 4, that he would not participate this year in the American Grand Slam tournament.

“The health situation is still very complicated around the world, with cases of Covid-19 and new epidemic foci that seem out of control,” explains the Spaniard on his Twitter account. “It’s a decision I wish I had never made, but this time I follow my heart telling me that, for now, I’d rather not travel.”

After many thoughts I have decided not to play this year’s US Open. The situation is very complicated worldwide, the COVID-19 cases are increasing, it looks like we still don’t have control of it.

Before sharply criticizing the organization of the new post-coronavirus calendar: “We know that the calendar after four months without playing is barbaric.” The US Open, which will start on August 31, and Roland-Garros, from September 27, are planned in quick succession, each preceded by a Masters 1000, in Cincinnati and Rome.

“With all due respect, if I understand and thank everyone for the efforts they make to ensure that the tournaments can be played. To date, the situation is complicated to organize,” insists the champion.

This announcement is not really a surprise, as the world number 2 had expressed his reservations on several occasions. And the direct link that loomed with the clay that is so dear to him did not help.

His uncle and former coach Toni Nadal had already warned a few weeks ago: “The schedule is unrealistic, especially for veteran players, who cannot compete for so many weeks in a row. I think that is a little ugly what ATP did. “

Already before Rafael Nadal, other players, such as Frenchman Richard Gasquet, had denounced the infernal pace imposed by the new calendar. “This calendar is completely crazy. So many tournaments in such a short time, it’s grotesque”, had judged the former world number 7.

The Mallorcan won’t be the only notable absentee at Flushing Meadows. Australian world number 1 Ashleigh Barty had already announced Thursday that she was giving up making the trip to New York, also because of the “significant risks” associated with the new coronavirus.

Swiss Stan Wavrinka (17e world) is also not on the list released Tuesday by the organizers of the US Open. His compatriot Roger Federer (4e), will also be absent, but for another reason: re-operated on one knee, he will not return to the circuit until 2021.

This is the first time since 1999 that neither Nadal nor Federer will not appear in the American Grand Slam table.

On the other hand, the world number 1, Novak Djokovic, should be there in New York. His name, as well as those of six other members of the world top 10, appears well in the list of registrants. But not that of the world number 9, the French Gaël Monfils, nor that of his compatriot Jo-Wilfried Tsonga.

On the women’s side, apart from Barty, the entire top 10 is expected, including the defending champion, the Canadian Bianca Andreescu (6e).

But the US Open is not immune to seeing new packages arrive, as the concern is great, while the new coronavirus pandemic seems to be resuming or not slowing down in many regions of the world.

On Tuesday, the Covid-19 already got the better of the Madrid tournament, rescheduled from September 12 to 20.

The world of tennis is, in fact, not spared by the Covid-19, with the discovery of several positive cases among the members of the circuit. The most significant case was that of charity tournament organized at the end of June in the Balkans by Djokovic, which resulted in four contaminated players: among them, the world number 1, but also the Bulgarian Grigor Dimitrov (19e), Croatian Borna Coric (33e) and the Serbian Viktor Troicki (184e).

Since then, other players like the American Frances Tiafoe and a player, whose identity was not disclosed, initially engaged in Palermo, first tournament of the circuit to resume Monday after five months of interruption, have also tested positive.