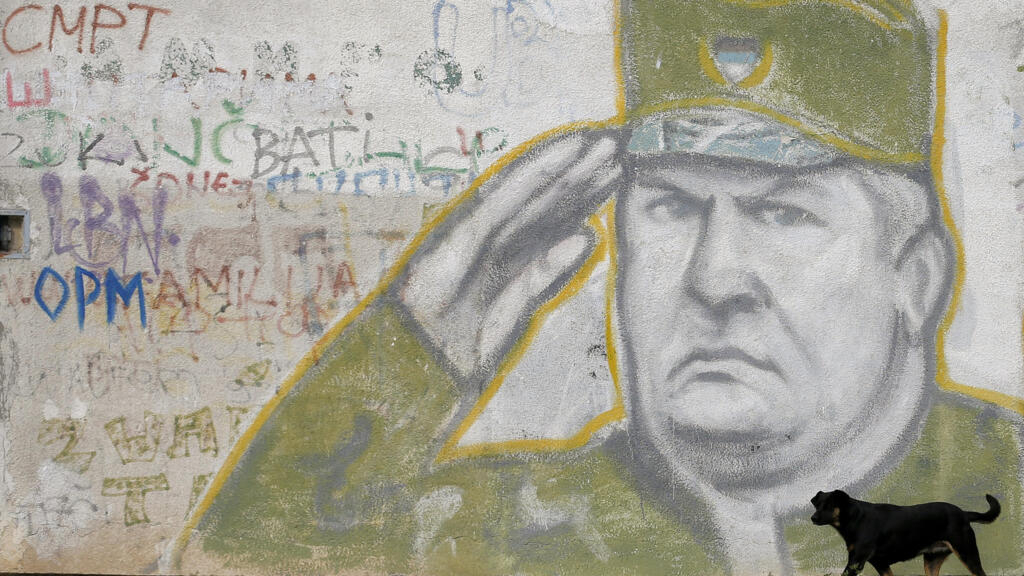 International judges will deliver their verdict on Tuesday on the appeal of former Bosnian Serb military leader Ratko Mladic, sentenced to life for genocide, crimes against humanity and war crimes committed during the 1992 Bosnian war in 1995. The “Butcher of the Balkans” was arrested in 2011 after sixteen years on the run.

Initially scheduled for March 2020, the hearings were postponed for the first time because Ratko Mladic had undergone colon surgery, and a second time because of the Covid-19 pandemic.

Nicknamed the “Butcher of the Balkans”, the former general was convicted at first instance in 2017 especially for his role in the Srebrenica massacre, the worst in Europe since World War II, an act of genocide according to international justice.

Arrested in 2011 after 16 years on the run, the massive soldier Ratko Mladic, in detention in The Hague, is today an old man of nearly 80 years who suffers from health problems, according to his lawyers. The exact age of the former general is debated, telling him to have been born on March 12, 1943, while the MTPI held on March 12, 1942.

More than a quarter of a century after the conflict, the former general retains an aura of heroes among his family, but his name will remain associated with the crimes of the Bosnian war, the siege of Sarajevo at the Srebrenica massacre, where more than 8,000 Muslim men and boys were killed by Bosnian Serb forces.

>> To read: 25 years after the Srebrenica genocide, Muslims mourn their dead

Despite the pandemic, relatives of victims, including Munira Subasic, president of one of the “mothers of Srebrenica” associations, will travel to The Hague to look the “executioner” in the eyes.

Mladic portrays himself as “a target of the NATO alliance”

The defense and prosecution have both appealed the judgment, in which the ICTY acquitted Ratko Mladic of genocide in several other municipalities, which forms the bulk of the prosecutor’s appeal.

In August 2020, during the appeal trial, Ratko Mladic declared that the tribunal was a “offshoot of the Western powers” and claimed to be still “a target of the NATO alliance”, accusing prosecutors of portraying it in “satanic, treacherous and evil” terms.

Ratko Mladic’s defense demanded his acquittal of the genocide charges which earned him life imprisonment, claiming they were unfounded. According to his lawyers, there is no connection between the former general and the killings that were committed in Srebrenica in 1995.

Mladic, still considered a defender of the Serbian people by many Bosnian Serbs, said he had been drawn into the conflict despite himself from the start of the war in Bosnia (1992-1995), which left some 100,000 dead and 2.2 million internally displaced persons.

Ratko Mladic is one of the main leaders tried by international justice for crimes committed during the wars in the former Yugoslavia, in addition to the former political leader of the Bosnian Serbs Radovan Karadzic, sentenced to life imprisonment in 2019, and former Yugoslav President Slobodan Milosevic, who died in his cell in The Hague of a heart attack in 2006, before his trial was completed.

tributes continue at the Bombonera, the mythical stadium of Buenos Aires