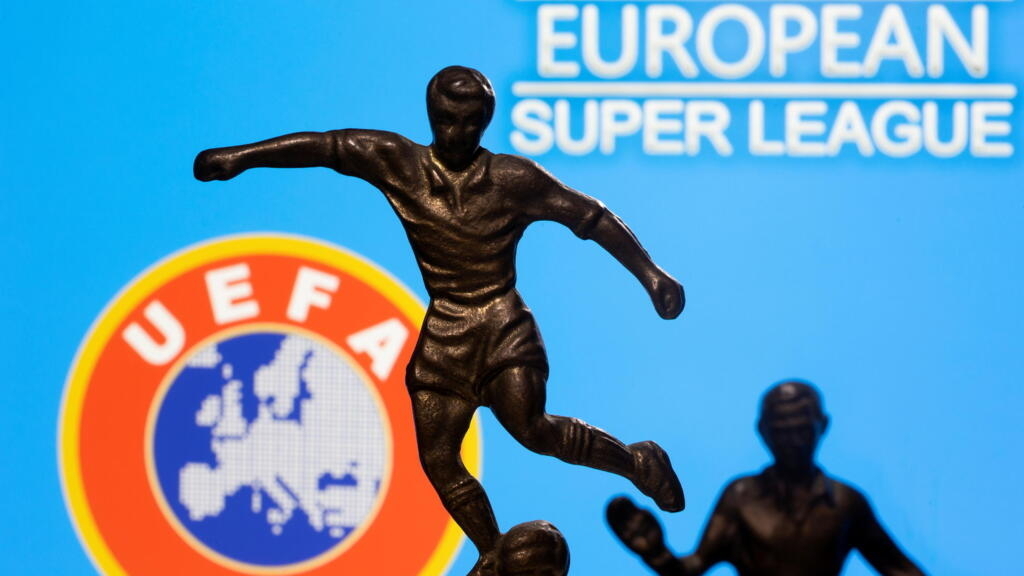 Real Madrid, FC Barcelona and Juventus Turin say on Saturday that they want to “persevere” in their efforts to build a quasi-private Super League, competing with the Champions League, despite “constant pressures and threats” from UEFA, which has sanctioned to the tune of 15 million euros the day before, the nine other clubs at the origin of this project.

FC Barcelona, ​​Real Madrid and Juventus Turin have defended the Super League project Saturday, May 8, and intend to “persevere in the search for solutions”. The three clubs denounce the “threats” of the UEFA which sanctioned, the day before, the nine other clubs at the origin of this project to supplant the Champions League.

The project may have been abandoned by the majority of its supporters, 48 ​​hours after its formalization due to the international outcry and the sling of supporters it provoked, the three clubs have not abdicated. “We reiterate that, out of respect for our history, our responsibility, our socios, our supporters, for the financial stability of sport and for the good of football, we wish to persevere in the search for solutions, despite the pressures and the incessant threats of UEFA’s share, “Real, Barça and Juve said on Saturday in a joint press release.

They also regret the withdrawal of the other nine clubs and declare that their “friends and founding partners of the Super League project have found themselves in an inconsistent and contradictory posture after having made a number of commitments with UEFA”, according to the text posted on their respective sites.

UEFA decided on Friday to reinstate 9 of the 12 clubs at the origin of the Super League project, after an agreement with the latter who “apologized” and admit “a mistake”.

However, UEFA has decided to apply a series of financial sanctions. Tottenham, Arsenal, Manchester City, Manchester United, Chelsea, Liverpool, Atlético Madrid, Inter Milan and AC Milan, will jointly pay a fine of 15 million euros and give up 5% of their European windfall for a season , in addition to returning to the Association of European Clubs (ECA) which they had left with a bang.

“Courts in favor of the Super League project”

Regarding the three remaining clubs, the European football governing body has announced that it reserves “the right to take any action it deems appropriate against clubs which have so far refused to waive” their private project.

The matter of the other clubs involved in the so-called “Super League” will be referred to UEFA disciplinary bodies.


In their press release on Saturday, they believe they have the right to say that “courts have already ruled in favor of the Super League project” against UEFA.

More specifically, the Commercial Court of Madrid had during an emergency procedure “ordered” on April 20 to Fifa and UEFA “to refrain from adopting any measure or action” which disrupts the preparation of the Super League, and had “forbidden” them to take “disciplinary action or sanctions” in this regard.

As early as January, Fifa and UEFA threatened to ban dissidents from their competitions, which amounted in particular to depriving the players involved in a Super League of Euro and World Cup.

Basically, the three clubs have again defended the merits of their private initiative aimed at “providing solutions to the current unstable situation in the football sector”. “Structural reforms are essential,” they say.

While they are “aware of the various negative reactions” aroused by the project and “ready to review” the proposal as presented, they do not intend to renounce their “mission to provide effective and efficient solutions. viable “.

Since the start of the sling, UEFA has brandished the threat of heavy sanctions, without pressing the red button. If its executive committee does have the power to initiate disciplinary proceedings, via the designation of one or more “inspectors”, it has so far always refrained from doing so despite several meetings.

the new face of Beirut, the devastated capital