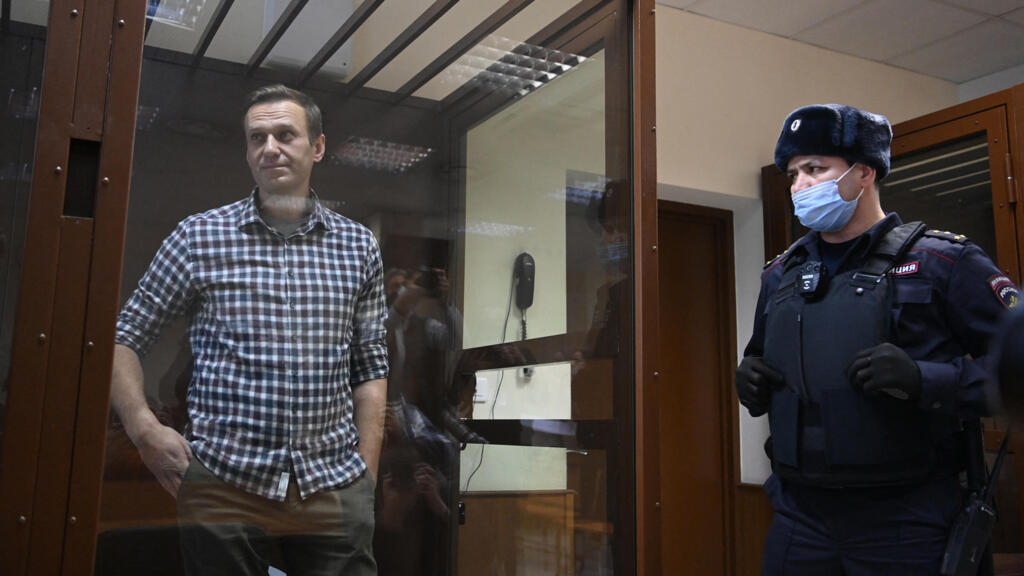 The announcement of the hunger strike of the number one slayer of the Kremlin, Alexeï Navalny, who escaped poisoning, arouses great concern among those around him. The Russian opponent, detained in a penal colony, also suffers from health problems.

“We are very worried about his health and that is why we are asking for immediate access to a doctor,” Rouslan Chaveddinov, one of the opponent’s collaborators, told AFP on Thursday April 1. Alexei Navalny, detained in a penal colony in Russia.

Main critic of the Kremlin, Alexeï Navalny had announced the day before that he had decided tostop eating to protest against his conditions of detention, accusing the prison administration of denying him access to a doctor and medication. The 44-year-old anti-corruption activist also claims to have been “tortured” by sleep deprivation.

This news is all the more worrying for the relatives of the Russian opponent as he already suffers from severe back pain and has lost sensitivity in both his legs, and has not received, he says, treatment. adequate.

“After poisoning, nobody knows how the body can react”

Alexeï Navalny’s hunger strike comes mainly after a long period of hospitalization, after barely surviving, less than a year ago, a poisoning he accuses the Kremlin of. After three weeks in a coma, he had spent five months recovering in Germany. It was on his return in January that he was arrested and then sentenced to two and a half years in prison in an old case of fraud that he considers political.

“Navalny has always taken decisions such as a hunger strike very seriously”, underlined Rouslan Chaveddinov. “After poisoning, nobody knows how the body can react” to a refusal to eat, he noted, “it is very worrying”.

The prison administration, for its part, swept away concerns about the health of the opponent, assuring, Wednesday, that he was receiving “all the necessary medical assistance” and that no one disturbed his sleep, when he said he was undergoing “torture “by sleep deprivation by being awakened eight times a night.

The Kremlin told him it had “no comment” to make.

If the modalities of Alexey Navalny’s hunger strike are not known, it is a measure that has already been used by detractors of Russian power.

The most famous and recent hunger striker in Russia remains Ukrainian director and activist Oleg Sentsov, who spent nearly five years in a Russian camp. He had observed a 145-day hunger strike to demand the release of Ukrainian “political prisoners” in Russia, eating only nutritional supplements and injections of glucose.

He stopped it after being threatened with force-feeding, a drastic measure which, by law, can be done orally, rectally or by intubation.

the opposition reiterates its accusations of fraud during the presidential election

As a result of the Covid-19, asylum requests in France fell in 2020

the pilgrimage to Mecca authorized for 60,000 vaccinated residents