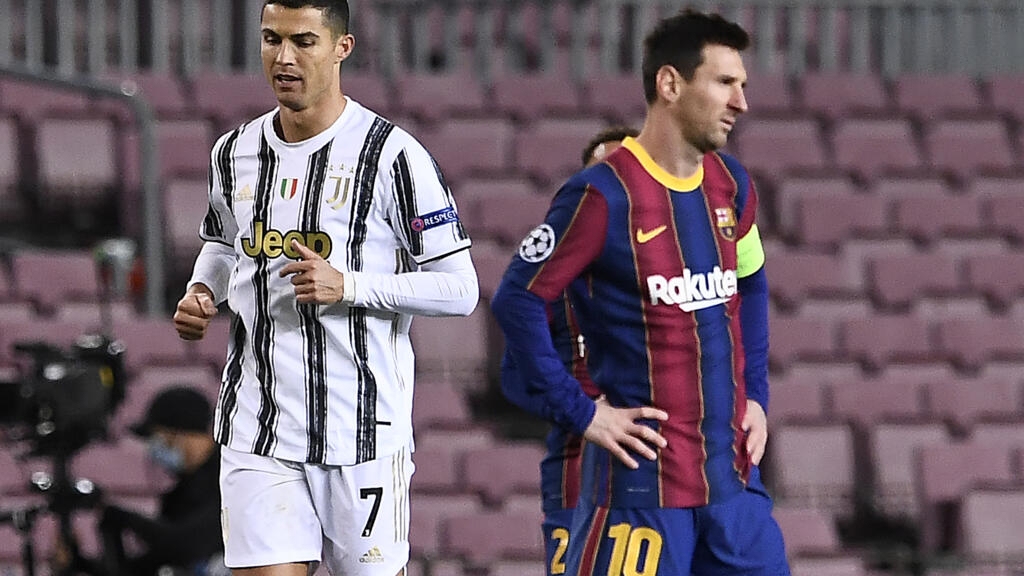 During the sixth day of the Champions League Tuesday, Juventus of Cristiano Ronaldo humiliated Barça of his rival Messi 3 to 0. Lazio Rome has meanwhile qualified for the knockout stages for the first time in 20 years . Stade Rennes ended badly with a dry loss at home

Rennes’ first campaign in the Champions League ends as badly as it started. Eliminated from all European competitions at kickoff, the Bretons sank at home against Sevilla FC (3-1) from French defender Jules Koundé, the match’s first scorer. The partners of Steven Nzonzi and Eduardo Camavinga end the adventure with a single point in six days, a mishap that Lille had also experienced last season.

The Spaniards, assured of finishing second before the meeting, close the group stage with only one point behind Chelsea, held back in London by the Russians of Krasnodar (1-1). The team of Rémy Cabella, evening scorer, is transferred to the Europa League.

Borussia Dortmund overthrew Zenit Saint Petersburg (2-1) in the second half to finish first in front of Lazio, battered in Rome (2-2) by a team from Bruges transferred to the Europa League.

For the Belgians, this consolation prize will surely have a bitter taste, as they have come close to the feat at the Stadio Olimpico. Led 2-1 then reduced to ten before the break, Simon Mignolet’s partners equalized fifteen minutes from the end. The victory, synonymous with qualifying in the round of 16, almost took shape in stoppage time but the strike of young Charles De Ketelaere crashed into the crossbar (90th + 2) of the Italians.

Thank you, Lazio, Club Brugge, and FC Zenit for a great #UCL Group Stage. We wish you all the best! 🙌 pic.twitter.com/2AWKtxNoJu

The only undefeated Italian team in the group stage, Simone Inzaghi’s team is among the sixteen best European clubs for the first time in twenty years.

Dortmund, who qualified before the match, caused a sensation with the entry on the hour mark of Youssoufa Moukoko, who at 16 years and 18 days became the youngest player in the history of the Champions League.

The reunion between Lionel Messi and Cristiano Ronaldo, gathered on a lawn for the first time since the Portuguese left for Juventus in 2018, were expected. “CR7”, sick of Covid-19, had missed the first leg and let his Argentinian rival take the light, with a goal and a 2-0 victory. But he put his superhero clothes back on his return by scoring a brace (3-0) at Camp Nou!

The Portuguese’s two goals from the penalty spot allowed Juve to steal first place in the group, a not insignificant data before the draw scheduled for Monday: the Italians are thus guaranteed to avoid the other seeds Liverpool, Bayern Munich or Chelsea, in addition to having home advantage for the round of 16 second leg.

The Ukrainians of Dynamo Kiev finished third thanks to a small victory against the Hungarians of Ferencváros (1-0).

The sporting results were eclipsed Tuesday by the incident as serious as it was unprecedented which plunged the Parc des princes into a stupor. The meeting between PSG and Basaksehir Istanbul was interrupted after a quarter of an hour of play after a racist incident involving the fourth referee Sebastian Coltescu and Pierre Achille Webo, Cameroonian member of the Turkish club’s management.

Members of the Turkish staff, exasperated, shouted their anger, audible in a stadium behind closed doors: “He said + negro +” (“He said + negro +”), they launched in the direction of the Romanian referee. The latter had just reported to the head referee Ovidiu Hategan, also Romanian, the too vehement reaction of Webo after an arbitration decision. The Turkish players and management then decided to leave the lawn under the leadership of Demba Ba, the Senegalese international native of the Paris region, very recovered. The Parisians followed them. The controversy took a political turn with the reaction of Turkish President Recep Tayyip Erdogan who “strongly” condemned the “racist” remarks attributed to the assistant referee.

If the match were to resume on Wednesday, as announced by broadcaster RMC, PSG would in any case already be qualified. The Leipzig club, which he beat in the semifinals of the last edition, offered him the ticket for the 8th by beating Manchester United (3-2), transferred to C3.