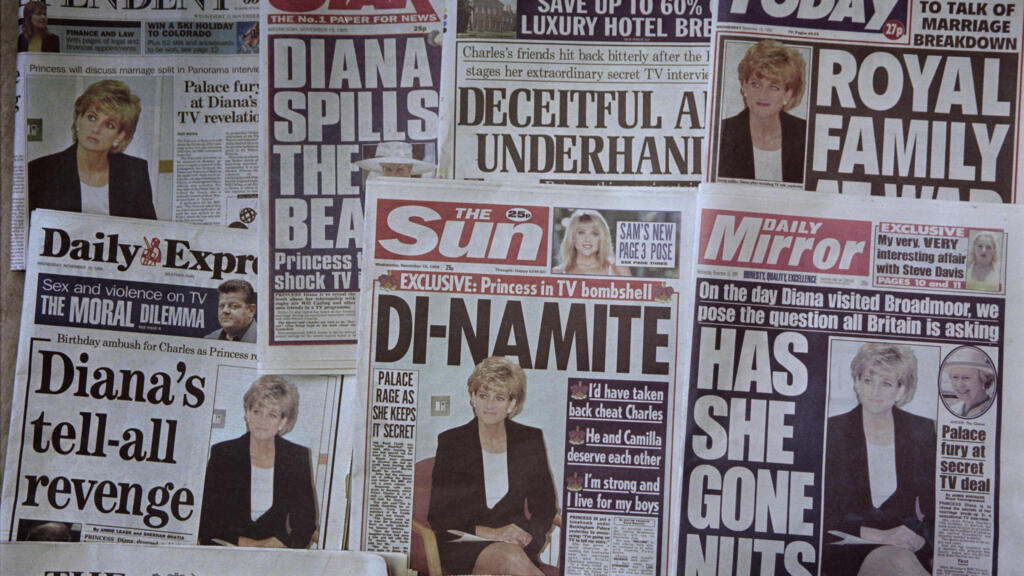 More than 25 years after an explosive interview with Lady Diana for the British monarchy, an independent report on Thursday denounced the “deceptive” methods employed by journalist Martin Bashir to obtain it. The BBC has apologized.

A damning report. More than a quarter of a century after an interview with Lady Di explosive for the British monarchy, an independent report denounced Thursday, May 20, the “deceptive” methods used by journalist Martin Bashir to obtain it, leading the BBC to apologize.

Broadcast on Panorama in 1995 before 23 million people, the interview had propelled the career of Martin Bashir, now 58 years old, and had the effect of a bomb.

The princess, who died in a car accident in Paris in 1997, pursued by paparazzi, had notably affirmed that there were “three people” in her marriage – in reference to the relationship that Charles had with Camilla Parker Bowles – and admitted to having an affair herself.

She also confided that she suffered from bulimia. But the interviewer was accused of forging documents to obtain this interview.

In his report, former Supreme Court justice John Dyson confirms this version and curls the BBC for its handling of a case that it has been dragging like a ball for years.

“By his deceptive behavior, Mr. Bashir managed to organize the meeting which led to the interview,” said the report delivered by the former judge.

In a statement, the director general of the BBC, Tim Davie, said “accept the conclusions” of this investigation.

“Although the report states that Diana, Princess of Wales, was in favor of the idea of ​​an interview with the BBC, it is clear that the process of obtaining the interview did not live up to what that the public has a right to expect. We are very sorry about that, “Davie said.

Diana’s brother Charles Spencer had claimed Martin Bashir had shown her account statements – which turned out to be false – proving that the security services were paying two people in court to spy on her sister. This is what prompted him, according to him, to introduce the journalist to Lady Di.

“By showing Count Spencer these false statements (…) Mr. Bashir deceived him and instigated him to arrange a meeting with Princess Diana,” the report said, denouncing a “serious breach” of the editorial rules of the BBC.

“It was stupid and an action that I deeply regret,” responded Martin Bashir, who has just left the public group, in a statement.

The journalist, however, asserted that these account statements had not played a determining role in Diana’s “personal choice” to answer her questions.

He praised “the princess’s courageous decision to tell her story, to speak courageously about the hardships she faced”: “She has led the way in addressing so many of these issues and that is why I will always stay. immensely proud of this interview “.

Prince William, eldest son of Diana and Charles, responded by saying that he deeply believed that this Panorama interview had “no longer any legitimacy and should never be rebroadcast”.

“It is infinitely sad to know how the failings of the BBC will have fueled the fears, paranoia and loneliness of the last years that I have spent with her,” he added in a statement.

His younger brother Prince Harry also condemned the “practices” of the BBC. “The ripple effect of this culture of exploitation and unethical practices will have ended up taking his life “, he explained in his press release.

The report also criticizes the BBC’s internal investigation in 1996 on the conditions of the interview.

The BBC “did not respect the exacting standards of integrity and transparency which are its hallmark”, criticizes the report, stressing that the public broadcasting group had neither approached Charles Spencer to ask for his version of the facts, nor questioned Mr. Bashir’s honesty.

Former managing director Tony Hall, who was managing editor at the time of the interview, apologized, acknowledging that the internal investigation “fell well short” of required standards.

He admitted he was “wrong to give Martin Bashir the benefit of the doubt”.

After this interview, Martin Bashir had continued his career in the United States before returning to the United Kingdom to work for the BBC, until his resignation.

Besides Lady Di, he also interviewed Michael Jackson for a documentary made in 2003 for ITV.

The now-deceased pop star complained to the British audiovisual regulator, accusing Martin Bashir of giving a distorted image of his behavior and conduct as a father.

In mid-May, the BBC announced the departure for health reasons of Martin Bashir, who had been in charge of religious coverage for the public broadcasting group since 2016.

the crisis poses an "existential risk" for 120 European football clubs

breakthrough for women from diverse backgrounds

In Kosovo, two generations clash in the legislative elections

the suspect, who died in the blast, has been identified