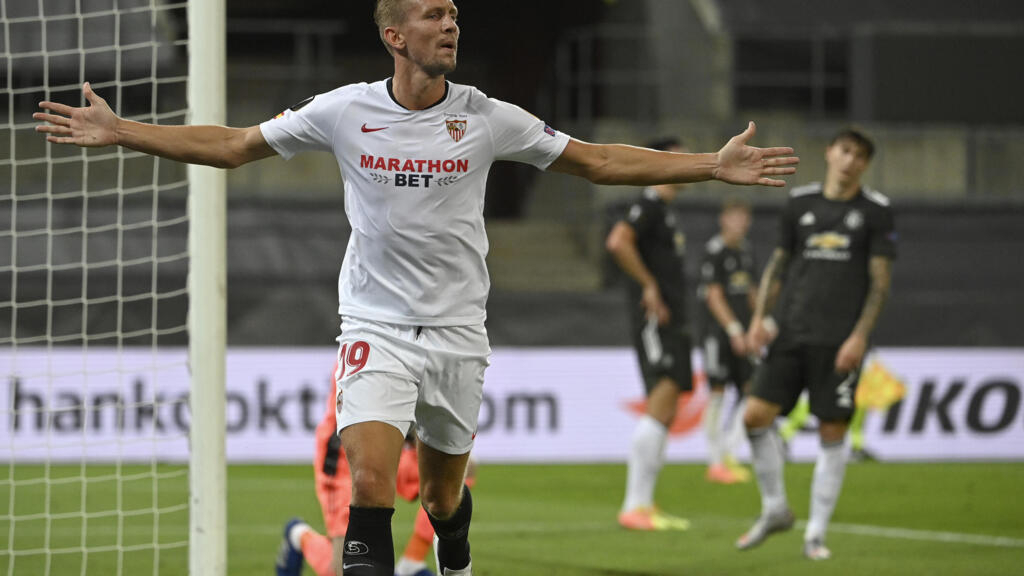 Sevilla FC qualified on Sunday for their fourth Europa League final in seven years, after overthrowing Manchester United (2-1), who had yet dominated the match.

Seville once again in the final! The Spanish club has validated his ticket for the final of the Europa League by winning, Sunday, August 16, against Manchester United (2-1) in Cologne, behind closed doors. And the Red Devils can harbor regrets as they have had control over this game. Sevilla FC, competing to win their sixth C3 over the last fifteen editions, will be opposed, Friday August 21, to Inter Milan or to Shakhtar Donetsk, who face off on Monday evening.

The Sevillian qualification owes a lot to the performance of its Moroccan goalkeeper Yassine Bono, who almost justified on his own why his team had not conceded goals for five matches before this meeting and why they remained on a record series of 20 matches. in defeat since February.

Bono repelled a floating free kick from Marcus Rashford (39th), a tight shot from Bruno Fernandes, before coming out well in the feet of Mason Greenwood (46th) and twice in those of Anthony Martial (53rd) , of which he had already repelled a close-angle attempt three minutes earlier.

However, Ole Gunnar Solskjaer’s men had managed to quickly take the advantage in the score, from the penalty spot. Bruno Fernandes, with his funny run-up that ends with a kind of kid’s jump before hitting, propelled the ball under the crossbar (0-1, 7th), for his 12th goal of the season and especially the 22nd penalty in 61 games this season for Manchester.

But United were then punished twice on releases. Suso, at the far post, found himself at the conclusion of a great collective action, by a fleeing cross from Sergio Reguilon to equalize (1-1, 26th). The touch at the origin of the action had been wrongly granted to Sevilla, defender Jules Koundé grazing the ball with his head, causing protests from Mancunians.

Then Sevilla carried the blow to twelve minutes from the end by the Dutchman Luuk De Jong, who took advantage of a lack of aggressiveness of the Mancunian rearguard, visibly blunt, to score quietly at the far post.

A bitter epilogue for Manchester United, who had had a mediocre first leg, before making a superb end to the season, after the arrival of Bruno Fernandes, finishing third in the Premier League.

Manchester could also find next season in C1 Sevilla, the two clubs having already qualified for the group stage.

How to Train for Baseball with a Flex Bow

Google could merge its Duo and Meet services

How to lead a youth baseball all-star team