sprained ankle for Kylian Mbappé, uncertain for the Champions League 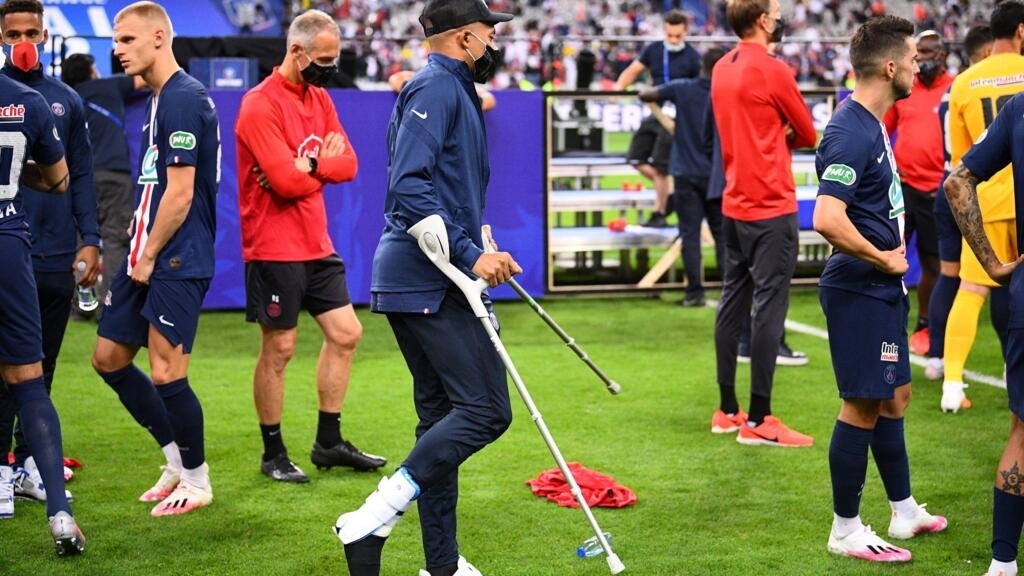 The star striker of Paris Saint-Germain Kylian Mbappé, injured Friday in the final of the Coupe de France against Saint-tienne (1-0), suffers from a “sprain of the right ankle with significant lesion of the external lateral compartment “Said his club on Saturday, without specifying the duration of his absence.

Hard blow for PSG. The capital club, Friday winner of the Coupe de France at the expense of AS Saint-Étienne (1-0), said on Saturday July 25 that his star striker suffers from a sprained right ankle. Kylian Mbappé remains uncertain for the match against Atalanta Bergamo in the Champions League, scheduled for August 12.

His diagnosis will be “reassessed in 72 hours from a clinical and imaging point of view”, specify the club.

Kylian Mbappé was injured by a dangerous tackle from Loïc Perrin which earned the Stéphanois captain a red card. After going through the locker room, he reappeared with crutches and a brace on his painful ankle, to celebrate his club’s victory in the Coupe de France.

Also affected against the Greens, the right side Thilo Kehrer suffers from a “bone contusion of the hip with unavailability of 4 to 5 days”, which also makes him uncertain for the shock against Lyon, next week in the final of the Coupe de the league.

But coach Thomas Tuchel can count on the return to training on Monday of defenders Juan Bernat and Abdou Diallo, who missed the start of collective preparation due to various physical problems.