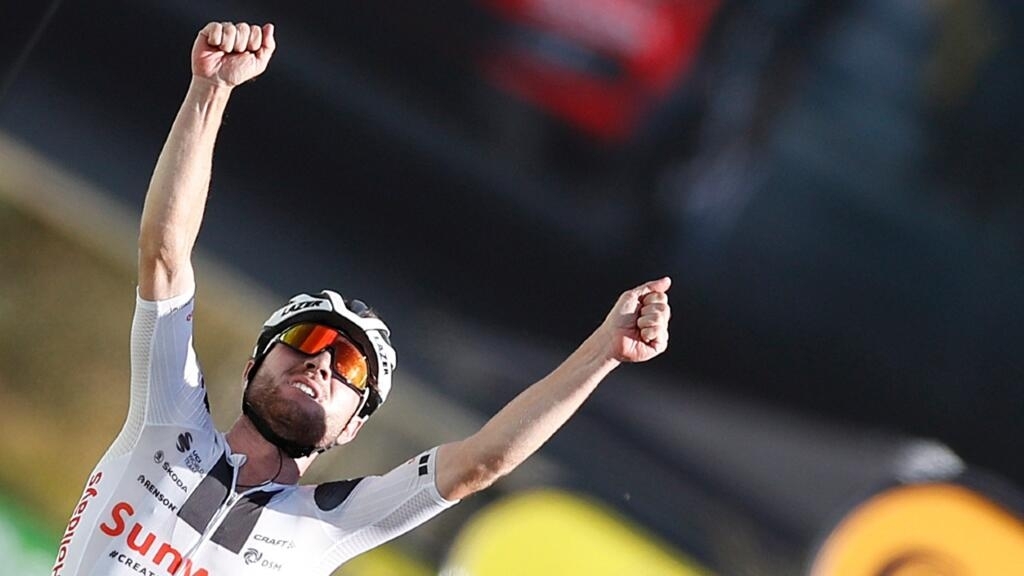 The Swiss Marc Hirschi won solo the twelfth and longest stage (218 km) of the Tour de France 2020, in Sarran, after which Primoz Roglic retained the yellow jersey. For his first participation in the Tour, he beat Pierre Rolland and Soeren Kragh Andersen.

The young Swiss Marc Hirschi, 22, ended up touching the goal in the 12e stage of Tour de France which he removed alone, Thursday, September 10 in Sarran, in Corrèze. The Slovenian Primoz Roglic (Jumbo) kept the yellow jersey after this hilly stage but without consequence on the top of the classification.

Hirschi, who is racing the Tour for the first time in the jersey of the Sunweb team, beat the Frenchman Pierre Rolland by around 50 seconds, in the vanguard of a pursuit group set by the Dane Soeren Kragh Andersen, a teammate of the Swiss, who takes third place. Having come close to victory twice since the start from Nice, Hirschi won this time by attacking 28 kilometers from the finish, in the ascent of Suc au May, a severe hill which dominates the Monédières massif.

World champion hopes 2018, the Swiss lost to Julian Alaphilippe at the finish of the second stage in Nice. He had also come close to success last Sunday in the second Pyrenean stage, in Laruns, where he was picked up as he approached the finish (3e). The last success of a Swiss rider in the Tour was in 2012, when Fabian Cancellara, a neighbor of Hirschi, won the opening time trial in Liège (Belgium).

The longest stage of the Tour 2020

In this stage, the longest of the competition with 218 kilometers, the breakaway, formed during a first hour carried out with beating pace, brought together six riders (Erviti, L. L. Sanchez, Politt, Walscheid joined by Asgreen and Burgaudeau). But team Bora’s pursuit limited the gap to two minutes until the junction 42 kilometers from the finish, followed by a flurry of attacks.

One group (Soler, Schachmann, Pacher, Benoot, K. Andersen, Hirschi) ended up emerging on the penultimate hill of the course. But the decision was made in the wall of Suc au May, on the start of Hirschi who forced the pace, including the descent. Behind him, Julian Alaphilippe, finally delayed by a mechanical problem near the finish line, struggled within a group which remained about fifty seconds behind. The peloton, with the favorites, arrived more than two minutes late.

Friday, the 13the stage, between Châtel-Guyon (Puy-de-Dôme) and Puy Mary (Cantal), presents the most important drop of this edition, 4,400 meters, over 191.5 kilometers. Seven climbs appear on the route which ends with the climb to the Pas de Peyrol, very steep in its final part and classified in the first category.

“It’s amazing. I didn’t think I could do it because it was difficult. I was on top. It’s my first professional victory, and it’s on the Tour … Without Laruns, I wouldn’t have never attacked in this hill, it gave me more confidence. “# TDF2020 pic.twitter.com/ZVO6LqkCDx

The best breed of sport horse – the BWP