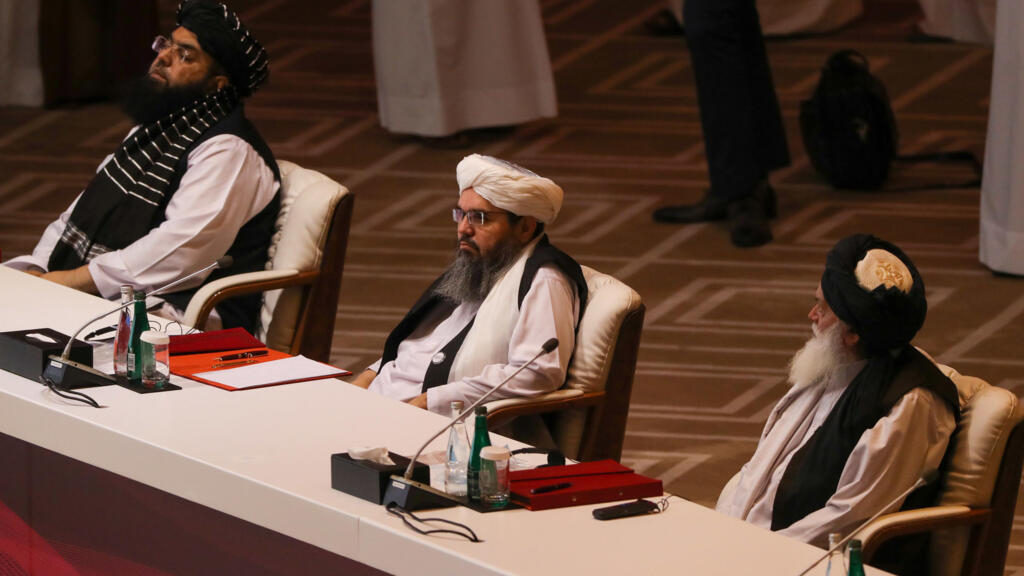 The Afghan executive and the Taliban began historic peace negotiations in Doha on Saturday in the presence of US Secretary of State Mike Pompeo. The government negotiator calls for “a humanitarian ceasefire”, the rebel negotiator reiterates his call for an “Islamic system”.

The historic peace talks started on Saturday 12 September in Qatar between the Afghan executive and the Taliban. The government negotiator thanked the latter for their “willingness to negotiate”, opening the discussions. “I can tell you with confidence today that our country will remember this day as the day of the end of the war and the suffering of our people,” said Abdullah Abdullah, a former Afghan minister.

“We must end the violence and agree to a ceasefire as soon as possible. We want a humanitarian ceasefire,” said Abdullah Abdullah, who chairs the High Council for National Reconciliation.

The Taliban negotiator, for his part, reiterated the call for an “Islamic system” to open these talks. “I want everyone to take Islam into account in negotiations and agreements and that Islam is not sacrificed for personal interests,” said Abdul Ghani Baradar, the political leader of the Afghan insurgents, adding that he wanted an “Islamic system” in Afghanistan.

Mike Pompeo on Saturday urged Afghan negotiators to “seize the opportunity” to make peace for future generations. “We will undoubtedly face many challenges in the talks in the coming days, weeks and months. Remember that you are acting not only for this generation of Afghans but also for future generations, for your children and your little ones. -children, ”the US Secretary of State said.

These discussions had been delayed for six months because of deep disagreements over a controversial prisoner swap between rebels and government. The talks come in the wake of the 19th anniversary of the September 11, 2011 attacks, which led to the international intervention led by the United States that ousted the Taliban from power in Afghanistan.

Both sides must find a way “to move the country forward to reduce violence and meet Afghan demands: a country reconciled with a government that reflects a nation that is not at war,” Mike said. Pompeo, Friday. The Secretary of State is due to participate in the opening of negotiations and is expected later, Saturday, in Cyprus.

US President Donald Trump, whose re-election in November is uncertain, is determined to end the longest war in US history at all costs.

But a quick resolution of the conflict seems unlikely and the duration of the negotiations is not known.

The Taliban have reiterated their desire to establish a system in which the law is dictated by a rigorous Islam and do not recognize the government in Kabul, described as a “puppet” of Washington.

The government of President Ashraf Ghani insists on its side to maintain the young Republic and its Constitution, which enshrined many rights, in particular for religious minorities and women who would be the big losers of a return to the practices in force under the yoke of the Taliban.

The question of the exchange of prisoners, provided for in a historic agreement between the Taliban and the United States concluded in February in Doha, had been a first obstacle delaying negotiations. After hesitation, the Afghan authorities finally released the last 400 insurgents and several countries, including France and Australia, protested against their release.

The United States’ envoy for Afghanistan, Zalmay Khalilzad, justified these releases on Friday from Doha, saying that it was “a difficult but necessary Afghan decision (…) to open negotiations”.

“My beard was black when the war started”

The Afghan conflict has killed tens of thousands of people, including 2,400 American soldiers, forced millions more to flee, and cost Washington more than a trillion dollars.

“My beard was black when the war started, it is now snow white, we are still at war (…) and I don’t think that will change anytime soon,” says Obaidullah, a resident of Kabul aged 50 years. “I am skeptical about these negotiations because the two camps want to apply their full agenda,” adds this retired official.

Many Afghans fear the return to power – partial or total – of the Taliban, which hosted the jihadist Al-Qaeda network before September 11, 2001. The Taliban have, however, been in a position of strength since the signing of the agreement with the United States. United which provides for a withdrawal of American troops and the holding of this inter-Afghan dialogue.

Qatar has quietly tried to mediate, complicated by the continuing violence in Afghanistan and the Covid-19 pandemic. Qatari chief negotiator Mutlaq al-Qahtani, however, on Thursday highlighted the “power of diplomacy”.

In 2013, the Taliban set up a political office in Doha at the invitation of Qatar. Then, these insurgents hoisted their flag above the desk, angering Kabul.

On Friday, two Afghan flags were brought to the luxury hotel hosting the negotiations as turbaned Taliban lined up with journalists and caterers to test for the coronavirus.

question asked of college students in the United States

Norway to extradite suspect to France

Xavier Bertrand, a candidate to be taken seriously?