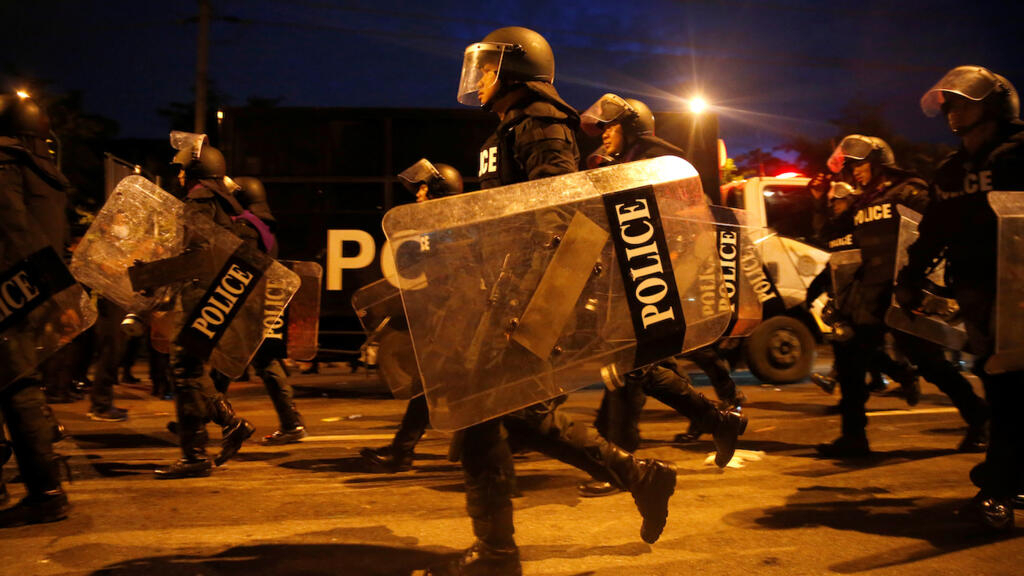 As anti-government protests multiply in Bangkok, several thousand demonstrators gathered again on Wednesday to demand more democracy and the removal of the prime minister. Hundreds of pro-royalist supporters also gathered in the capital.

The Thai government toughened its tone, Thursday, October 15, facing to the protest movement who has been running for several months in the country to demand more democracy.

Authorities have issued an emergency decree banning “gatherings of five or more” and “online messages that could harm national security,” one of the Thai government spokespersons said.

The authorities justified the promulgation of the text by referring to demonstrations “contrary to the Constitution” and by denouncing the obstruction of a royal procession on Wednesday, on the sidelines of a rally which brought together several thousand people in Bangkok to demand impeachment by the Prime Minister, Prayut Chan-o-cha.

Shortly after the emergency decree came into force on Thursday at 4 a.m., riot police evacuated protesters who were still camping at the site.

Most of the protesters had already left the scene, but around 20 people were arrested, according to the deputy police spokesperson.

Call for a new demonstration

The emergency decree “aims to hamper the democratic movement and allow [aux dirigeants] to keep power, “lamented” Rung “, one of the leaders of the movement on his Facebook page shortly before his arrest.

Braving the ban on gatherings, the 21-year-old student called for a new demonstration Thursday at 4 p.m. in the center of the capital.

The repression of the authorities, which intervenes overnight after weeks of protest, is “a setback for the demonstrators”, notes Thitinan Pongsudhirak, political scientist at Chulalongkorn University in Bangkok. This will contribute to “further accentuate the grievances of young people in the streets and risk increasing tensions”.

The pro-democracy movement in the streets since the summer has called for the departure of the Prime Minister, General Prayut Chan-o-cha, in power since the 2014 coup d’état and legitimized by controversial elections last year.

He also calls for a modification of the Constitution, put in place in 2017 under the junta and very favorable to the army.

Some activists go further, demanding an in-depth reform of the wealthy and powerful royalty, a taboo subject until recently in the kingdom.

They call for the monarch’s non-interference in political affairs, the repeal of the draconian lese majesty law and the return of the crown’s property to the bosom of the state, claims deemed unacceptable by the government.

New challenge to the monarchy

On Wednesday, a car with Queen Suthida on board, who could not avoid the route of the demonstration, was stopped for a few moments and dozens of pro-democracy protesters raised three fingers in front of her vehicle.

The day before, other activists had made the passage of King Maha Vajiralongkorn the same salute, inspired by the film “Hunger Games”, unprecedented gestures of defiance to royal authority.

The monarch is a controversial figure who has strengthened the powers of the crown, notably taking direct control of the royal fortune.

His very frequent stays in Europe, even in the midst of the coronavirus pandemic, have raised questions as the country’s economy, dependent on tourism, is in the midst of a recession.

On Wednesday, more than 10,000 pro-democracy protesters marched towards Government House to mark the 47e anniversary of the 1973 student uprising.

Several hundred pro-royalist supporters who had come to greet the royal procession had gathered along the route, reviving fears of unrest in a country accustomed to political violence and which has seen 19 coups d’état or attempts since the establishment of the constitutional monarchy in 1932.

Despite brief clashes, however, the two camps maintained their distance.

Since the start of the protest, several dozen activists had already been arrested. Most were charged with “sedition” and released on bail.

Further legal action is planned against those “who obstructed the royal procession on Wednesday,” authorities said.