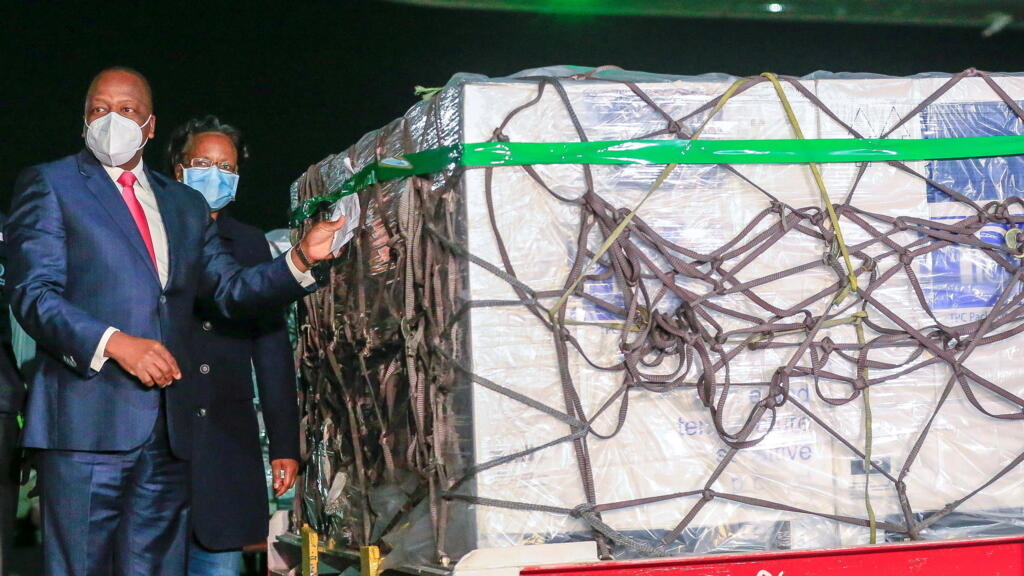 After Ghana and Côte d’Ivoire, other African countries received Tuesday or await Wednesday their first doses of vaccines against Covid-19 thanks to the Covax device of the WHO.

Nigeria, Kenya, Angola and the Democratic Republic of the Congo (DR Congo) in turn received their first doses of Covid-19 vaccines on Tuesday March 2, funded by the Covax device created by the World Health Organization (WHO) for the benefit of the poorest countries.

On Tuesday, a first shipment of more than one million doses of Covax-funded AstraZeneca / Oxford vaccine arrived in Kenya. Another plane landed 624,000 doses of the same vaccine in Luanda, allowing Angola to immediately start vaccinating health workers. On the same day, DR Congo also received first doses provided by the Covax device.

Ghana was, on February 24, the first country to receive vaccines funded by the Covax device, followed by Côte d’Ivoire two days later.

About 30,000 free doses of vaccines financed by Covax were also expected Tuesday evening in The Gambia (two million inhabitants), where the vaccination campaign, targeting healthcare staff as a priority, will be launched very quickly after receipt of these lots, said a spokesperson for the Ministry of Health, Sanjally Trawalleh, told AFP.

Neighboring Senegal (16 million inhabitants), which has already started to vaccinate, should receive a batch of 324,000 vaccines provided by Covax on Wednesday morning.

Two billion doses by the end of the year

In Nigeria, “vaccinations are due to start on Friday with occupations at risk,” Nigerian presidential spokesman Garba Shehu told AFP, adding that the president and vice president would also receive an injection on Saturday.

WHO boss Tedros Adhanom Ghebreyesus welcomed the arrival of vaccines in Nigeria: “we must act together to provide vaccines to all countries in the first 100 days of 2021”, one of Covax’s announced targets, the other being to provide two billion doses by the end of the year.

Some 237 million Astrazeneca / Oxford doses, manufactured in South Korea and by the Serum Institute of India, will be delivered by the end of May to 142 countries thanks to an unprecedented logistics operation. To this will be added 1.2 million doses of the Pfizer-BioNTech vaccine, which requires a cold chain at very low temperatures.

Covax, a system set up to try to ensure equitable access to vaccines around the world, began distribution only last week, as vaccination campaigns in many wealthy countries, which have procured their own doses, have started at the end of December.

Relatively spared so far by the pandemic, Africa is facing a second wave of Covid-19. The continent had 104,031 deaths on Tuesday for 3,904,996 recorded cases.

at the heart of “battles”, with young people who “like rap purely”