the Basaksehir, a Turkish champion who owes a lot to Erdogan 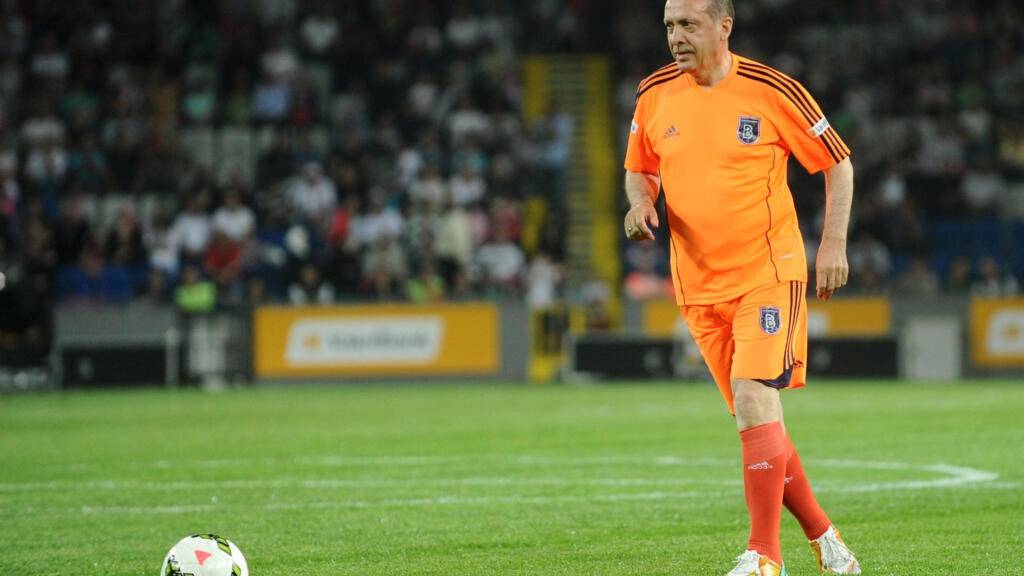 Istanbul’s Basaksehir club on Sunday became Turkish champions for the first time in their history. An unprecedented coronation which owes a lot to the massive investments of Turkish power in this “small” club in the economic capital of the country.

Basaksehir became Turkey’s sixth club to win on Sunday the professional championship, joining Galatasaray, Fenerbahçe, Besiktas, Trabzonspor and Bursaspor. A consecration for this former “little club” of Istanbul, which owes a lot to recent investments from close to the president Recep Tayyip Erdogan.

Its history dates back to 2014. That year, Istanbul’s Büyüksehir Belediyespor joined Süper Lig, the Turkish Premier League. In the process, this club which until then belonged to the municipality of Istanbul was sold to relatives of AKP, the political party of Turkish President Recep Tayyip Erdogan. In passing, he changed his name by settling in the district of Basaksehir, stronghold of the AKP.

The links with Turkish power are multiple: the club is sponsored by Medipol, a private hospital group led by President Erdogan’s personal doctor, Farhettin Koca, and the new stadium is being built by Kayon Grup, specializing in the construction of state infrastructure . Finally, the new president is Güksel Gümüsdag, who is none other than the husband of a niece of the president.

“The Basaksehir district totally reflects Erdogan’s strategy on the Basaksehir club. He created this district in the 90s when he felt that the Islamist lifestyle was dominated by the modern secular life of Istanbul. . He presented it as the epicenter of his cultural project which replaces the old cultural centers of the city, Beyoglu, Besiktas and Kadikoy. Today he does the same with the club: he tries to replace the tradition of these big clubs by Basaksehir “, explains Daghan Iraq, lecturer at Huddersfield University (UK) and author of the book”Football Fandom, Protest and Democracy: Supporter Activism in Turkey“, (football fans, protests and democracy: fan activism in Turkey) interviewed by France TV sport.

Basaksehir is now playing in orange – by chance or not, the same colors as the AKP – and taking up residence in his new home, the Fatih Terim stadium. Recep Tayyip Erdogan himself was present on the pitch on July 26, 2014 for the opening match in the new stadium.

The passion for football of the then Prime Minister of Turkey is not new. He evolved at a semi-pro level in his youth within Kasimpasa and was even nicknamed “Imam Beckenbauer”. And for his appearance in the jersey of Basarksehir, Recep Tayyip Erdogan even scored a hat-trick. His jersey – number 12 because he was the favorite to become the 12e President of Turkey – is then removed from the squad, a tradition usually reserved for club legends.

Basaksehir then experienced a meteoric rise in power under the leadership, in particular, of the former coach of the Turkish selection, Abdullah Avci. The Istanbul club also benefits from the financial infusion of investors which, coupled with the relaxation of the quota of foreign players per club from 2015 (14 per club) and the strong increase in TV rights, allows the club to attract major players. European names on the decline.

Emmanuel Adebayor, Gaël Clichy, Robinho… In the champion squad this year, 18 of the 26 players are of foreign nationality. But the figurehead of the team remains Arda Turan, a true idol in Turkey and loyal support of Recep Tayyip Erdogan, who came from FC Barcelona to join the president’s club.

A sporting victory in the absence of cultural ?

In the past three seasons, the club have managed to mingle in the title race alongside the other three giants – the Galatasaray Lions, Besiktas Eagles and Fenerbahçe Canaries – before collapsing in the final days . The results remain positive all the same since Basaksehir finished twice runner-up in 2017 and 2019 and played his first Europa League this season and will try to secure a qualification for the quarter-finals in his return match against FC Copenhagen on August 5, after a first leg won 1 to 0.

However, if the sporting success is there, the club struggles to gain popularity. The Fatih Terim stadium still rings hollow. The average attendance at its stadium does not exceed 3,000 people – the twelfth in Turkey – while it is designed for 17,000 people.

“You can not invent a club and push this club to popularity using its political power either. That was Erdogan’s goal with Basaksehir, but in Turkey, it does not work like that”, explains Daghan Iraq. on France TV sport. “A citizen can fanatically support Erdogan politically and continue to support Galatasaray, Fenerbahçe or Besiktas. This is not incompatible.”

The Turkish academic believes that the foundations of this new power of Turkish football remain fragile:

“If one day Erdogan is no longer in power, Basaksehir will disappear. We saw the example with Osmanlispor, the club of the mayor of Ankara Melih Gökçek, which was eliminated by Erdogan [il a reçu en 2017 l’ordre de démissionner, NDLR]. Now Osmanlispor is at the bottom of the second division while he was in the European Cup [Ligue Europa en 2016, NDLR]”Daghan Iraq warns.” The same goes for Basaksehir. There is no good reason to continue investing in this club without the Erdogan regime. “