the Blue beat Austria and land their ticket for Euro-2022 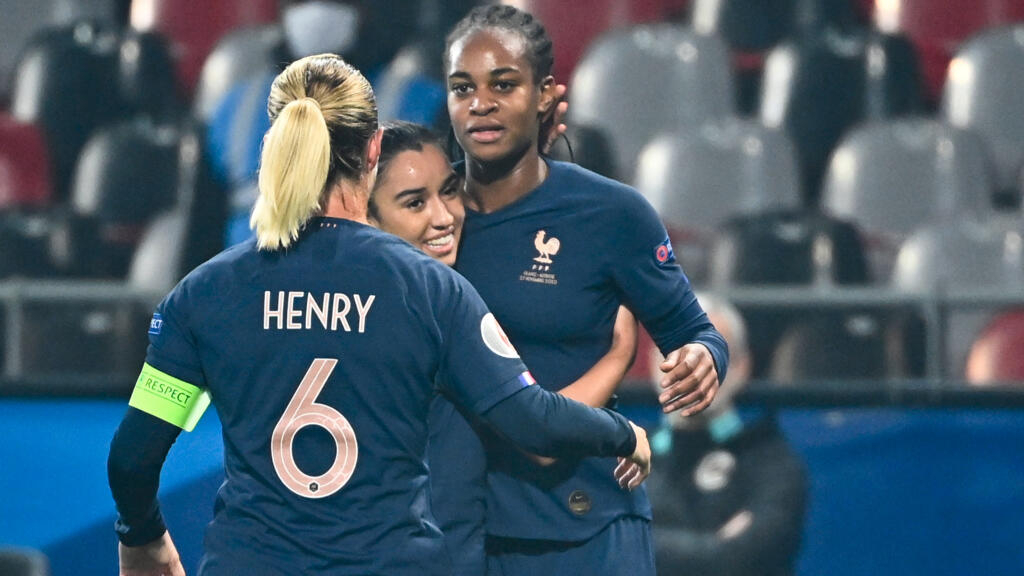 The French women’s football team did not tremble on Friday against Austria and won 3-0 at the Roudourou stadium in Guingamp. A victory which allows the Blue to qualify for Euro-2022.

Les Bleues will be well at Euro-2022. The France team qualified for the competition by dominating Austria (3-0), Friday, November 27 in Guingamp, on goals from Wendie Renard (11e) and Marie-Antoinette Katoto (27e, 73e), in what constituted a qualifying group G “final”.

Unbeaten in their group G, the Blue are guaranteed to finish first in the qualifying campaign for the next European Championship, scheduled for July 2022 in England, regardless of the result they bring back from Vannes at the end of Tuesday against Kazakhstan.

The group led by Corinne Deacon offered a breath of fresh air after hectic weeks by the media release of Captain Amandine Henry, headwind against the management deemed unfair, even brutal, of the coach in office since 2017. The 31-year-old Lyonnaise, captain’s armband on her arm, participated in the party on Friday under the eyes of Noël Le Graët, president of a federation which will see three of its selections compete for the next Euro, the women joining the Blues and the Espoirs men qualified for the 2021 editions.

In his stronghold of Guingamp, where he was mayor and president of En Avant, the 78-year-old leader saw his Bleues, with “incredible clumsiness” at the end of October in the first leg (0-0), regain their effectiveness offensive, in addition to maintaining their defensive stance.

Austrians, 22es in the world rankings, were assailed from the start by uninterrupted but not very dangerous blue waves, before sinking on a new initiative by Amel Majri. On a corner that she herself obtained, the Lyon winger dropped a ball into the box that Renard, with exemplary relaxation and determination, catapulted with his head into the cage of Manuela Zinsberger (11e), guilty of an overly timid exit.

Henry the saveuse, then released by Corinne Deacon

After the 25e goal under the blue jersey of the central defender of OL, the French continued to rush towards the opponent’s area, as if inspired by the banner “All together, always forward!” held at the top of the central stand of the Breton stadium.

The Austrian nets, which had not trembled once during this qualifying phase, vibrated again about fifteen minutes later after heavy pressure from Katoto on the defense. The activity of the Parisienne, scorer last Friday before coming out injured against OL (1-0), allowed the French to recover the leather. Delphine Cascarino then sent him a cross, regained the head (27e) with the help of the crossbar.

The top scorer of the two previous seasons in the league has offered a double, on a corner from Majri taken in vixen from the surfaces (73e).

With this score flawlessly, the Blue completed their seventh and penultimate qualifying match with a total of 31 goals, against none conceded.

The tightness of their rear base is to be credited, in this match in any case, to Captain Henry who saved the homeland on a defensive header which blocked the heavy strike from Jasmin Eder (32e).

In this one-sided meeting, it is almost the only real opportunity for the Austrians, not far from sinking even more on the posts of Katoto (50e) and Cascarino (69e).

However, this sporting happiness will not suffice to settle on its own the conflict between Deacon and her captain, whom she left on the hour mark. The two women exchanged a slap of the hand without warmth or smile, their faces closed. , which contrasted with the replacement of Katoto late in the game.

They will probably not go on vacation together, but they have at least both snatched a ticket for the British Euro. The essential is acquired, for the moment.