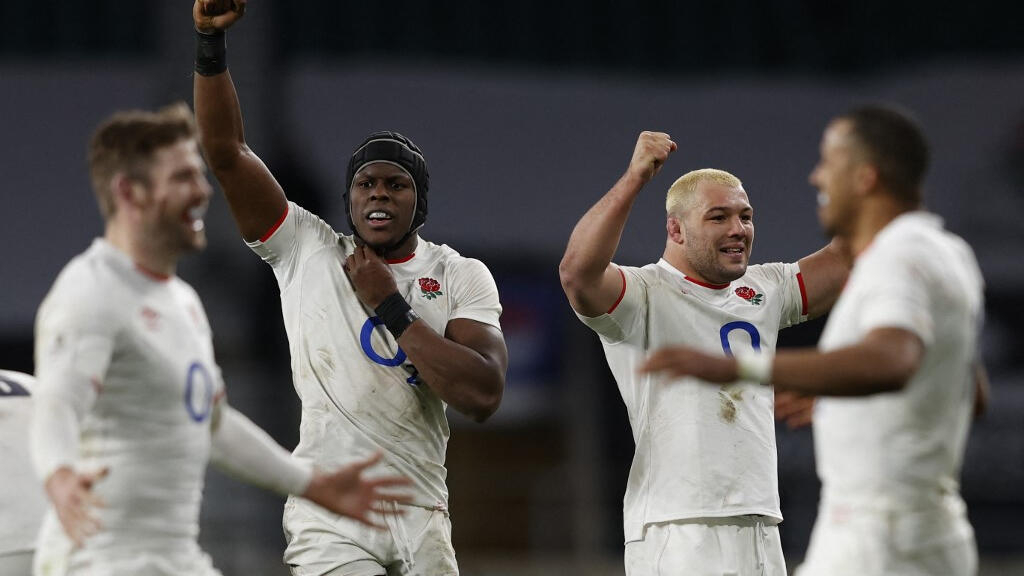 The Blues missed the feat on Saturday in England, losing in the last minutes of the meeting (23-20). They can still win the Six Nations Tournament if they win their last two games against Wales and Scotland.

The last attempt will have been the good one: the English ended up scoring in the 77th minute the try which allowed them to regain the score and win their duel facing the Blues (23-20), thus signing a precious success after two painful defeats against Scotland and Wales.

This rugby match started at a very high pace, with a try marked by the French scrum half Antoine Dupont from the 2nd minute. For ten minutes, the two teams played very open rugby, without conceding the slightest penalty. The English ended up speeding up a French defense very well in place, Anthony Watson scoring a good try on his right wing in the 11th minute.

Returning to a tie 7-7, the English then continued to occupy the French camp, increasing the offensives. Their efforts were rewarded with two penalties scored by Owen Farrell and a 6 point lead. In the 30th minute, the French opener Mathieu Jalibert succeeded in his turn to register 3 points at the foot and to keep the Blues in contact.

With a pack of heavy and powerful forwards, the France team managed to counter the English game by recovering precious balls. One of them allowed the French three-quarters to achieve a magnificent combination in the 32nd minute ended by winger Damian Penaud in the English in-goal, thus rewarding the ardor of the French attackers. A test transformed by Jalibert which allowed the French to lead by 4 points, an advantage they retained until halftime (13-17).

“They ended up stronger”

Always united in defense, the Blues managed to contain the resumption of the very enterprising English. Virimi Vakatawa and Romain Taofefinua scratched precious balls to stop the opposing attacks, while the back Brice Dulin, dean of this young XV of France, brought the danger back to the opposing camp with skilfully measured kicks.

Without ever panicking, the Blues took advantage of the rare opportunities that presented themselves to continue to register points, Mathieu Jalibert registering a new penalty in the 49th minute. The opposing striker answered him four minutes later and the French kept their lead of 4 points (16-20).

Fatigue ended up winning the French during the last twenty minutes of the meeting, marked by many more mistakes and clumsiness. The English kept pushing to come back to the score and ended up bending the French defenders, the untenable English second-line Maro Itoje scoring a try in the 77th minute, transformed by Owen Farrell.

“They ended up stronger,” said French coach Fabien Galthié after the defeat at the microphone of France Televisions, regretting a less successful second half for the French. They now have a week to prepare for their next meeting, March 20 in Paris against Wales. And as captain Charles Ollivon confided after this match at Twickenham, the goal remains the same, namely to win the 2021 edition of the Six Nations Tournament.

the Blues have “marked the spirits”

what about poor countries?

one month from the deadline, divergences still lingering around an agreement

In the United States, New York justice calls for the dissolution of the NRA