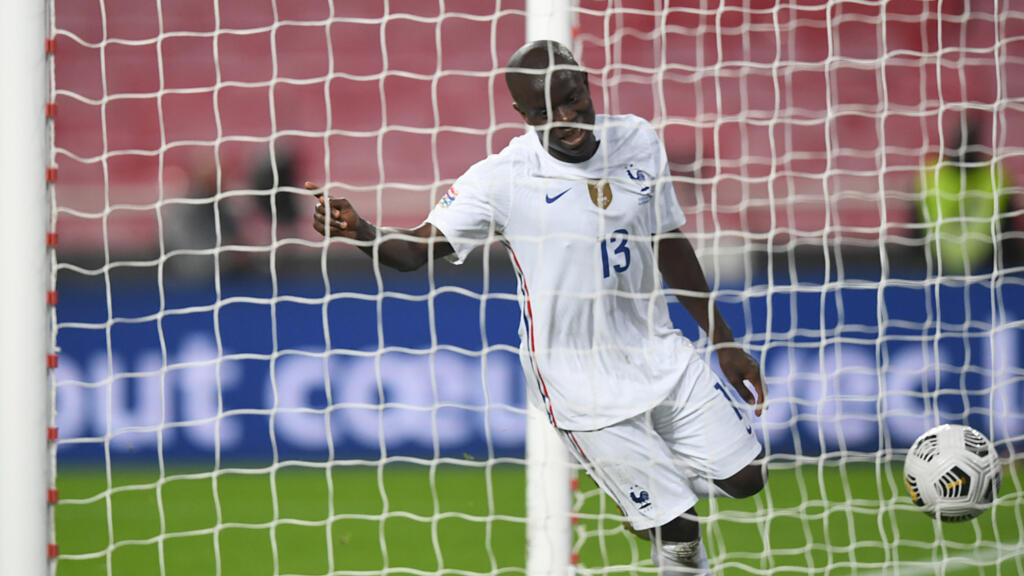 France qualified for the finals of the League of Nations on Saturday by beating Portugal (1-0), three days after the defeat of the Blues against Finland.

Three days after their surprise friendly defeat against Finland (2-0), the world champions marked the spirits by their mastery and gained ascendancy over the reigning European champions before their reunion in the first round of the next Euro in June 2021.

In the closed-door Estadio da Luz, the French world champions eclipsed giant Cristiano Ronaldo along with the doubts that followed their indigent defeat against Finland (2-0), Wednesday in friendly.

Three days later, with a team in World-2018 mode, they bulged their chest against the Lusitanian cador, kicked out of a League of Nations of which he is the defending champion.

“The players have proven that the France team is still a great team,” said coach Didier Deschamps on TF1.

Blocked by the Seleçao in the first leg (0-0), his men will play in October 2021 the final phase (“Final 4”) of the friendly competition of UEFA. But above all, they sent a strong message to Portugal before the duel expected on June 23 in the first round of the Euro.

On Saturday, the France team had largely donned its 2018 World Cup clothes, with seven holders of the final lined up at kick-off, mainly in defense and in midfield.

Only the attack line has undergone a facelift due to the absences of Mbappé, not recovered from a muscle discomfort in a thigh, and Olivier Giroud, left on the bench at kickoff.

Three days after the pale copy made against Finland, this team as original as it was attractive gave color to an enterprising France team, capable of delivering rapid and varied sequences of play in the tradition of a found Paul Pogba.

The bright midfield pass from Manchester United for Griezmann (12th), himself the author of a subtle offering for Martial in the wake, set the tone for a first period where the Blues dominated the reigning European champions in ambition, ideas and, at least before the break, in scoring chances.

But, on this action as on others, the French found Rui Patricio a formidable opponent.

The Wolverhampton goalkeeper came out well in front of Martial (12th) who nevertheless had the perfect opportunity to score his second goal in the jersey struck by the rooster, on the evening of his 25th selection.

The Portuguese also disgusted the Manchester United center forward by blocking with his arm one of his attempts at close range (41st), ten minutes after a header from Martial pushed back by the crossbar (30th).

On this blow again, the world champions mixed talent and mischief: Griezmann free kick for Raphaël Varane off-center, head of the Madrid defender behind for Adrien Rabiot, acrobatic chisel from the middle of Juventus that Martial deflects on the upright. Gorgeous!

If the spotlight has long been on Martial, the light has come from the feet of Kanté, the discreet pocket midfielder converted for the occasion into a fox of surfaces.

The Chelsea player improved a ball released by Patricio (53rd) on a powerful shot from Rabiot, offering himself at 29 years only the second goal of his rich international career.

Ronaldo’s counter has a lot more (102 goals in 169 international matches), but the five-time Golden Ball has still failed to score against the Blues.

The Juventus striker tried his luck with a long shot (6th), free kicks (25th, 46th) and a header passed close to the cage of Hugo Lloris (45th). And Presnel Kimpembe deprived him of a goal on a superb save (77th).

In a breathtaking second period, the Blues were also saved by their post on a head from Lille José Fonte (60th) and by their goalkeeper Hugo Lloris, impeccable on a strike from João Moutinho (75th). Talent and luck, the Blues were varnished.

Different editions of the same magazine in different countries

In the United States, Joe Biden wants to erase the “shame” of the separation of migrant families

In Mosul, Christians at the bedside of churches mutilated by the Islamic State group

three Westerners and a Burkinabe missing after an ambush