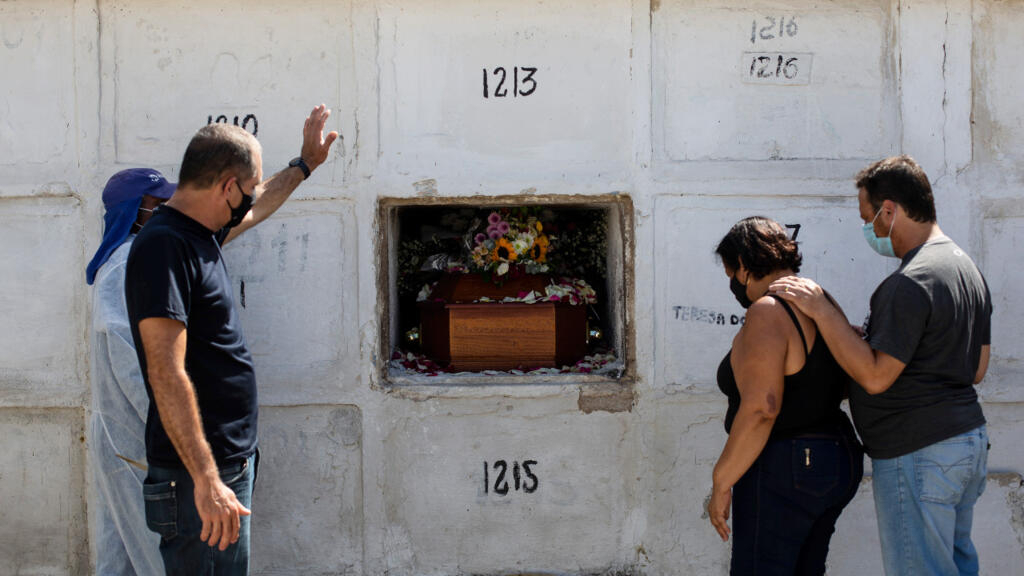 While France officially crossed the 100,000 dead mark of Covid-19 on Thursday, the pandemic has caused the death of three million people around the world, according to the count made on Saturday by AFP.

More than 3 million deaths from Covid-19 have been officially identified in the world since its discovery in China in December 2019, according to a count made Saturday morning by AFP from reports provided by the health authorities.

After a slight lull in March, the number of daily deaths started to rise again around the world, with an average of more than 12,000 deaths per day last week, approaching the 14,500 daily deaths recorded at the end of January, at the highest of l ‘epidemic.

The pandemic is at “a critical point,” said the World Health Organization (WHO) on Monday, between countries like Israel which manage to contain it thanks to an intense vaccination campaign and others such as the India who are experiencing a meteoric rise in contaminations and deaths.

>> To see, our Interview with the American immunologist Anthony Fauci: “A pandemic implies a global response”

A pandemic with “exponential” growth

The United Kingdom, the country in Europe most bereaved by Covid-19 (127,225 deaths), now only deplores around thirty deaths each day, after a peak at more than 1,200 daily deaths at the end of January . The country, which emerged from more than three months of confinement on Monday, launched a massive vaccination campaign in early December which allowed at least one dose to be administered to 60% of its adult population.

Likewise, the United States, the most affected country in the world with 566,224 deaths, has seen the epidemic decline sharply since the end of January, even if the figures are on the rise again in some states.

The benefits of vaccination can also be seen in Israel, where 6 in 10 people have received at least one dose of the vaccine. The country deplores only 6 to 7 deaths per day, almost 10 times less than at the end of January, at the height of the pandemic.

In Brazil, the second most bereaved country in the world with 368,749 deaths, some 3,000 deaths are announced every day, or nearly a quarter of the deaths announced daily in the world. This figure has more than doubled since mid-February and the country is since March 7 the one that deplores the most deaths every day in the world.

More than 139 million cases have been identified in the world since the start of the epidemic, including around 730,000 per day currently, a figure that has also been rising steadily since the end of February.

NASA chooses SpaceX for its next manned mission to the moon

In Italy, Matteo Salvini will be tried for having banned the disembarkation of migrants